The Great Lakes are the world’s largest freshwater system and provide drinking water for 35 million people. That’s why alarm bells went off when an oil spill in the Straits of Mackinac was reported in April.

Two underwater electrical cables that stretch across the bottom of the lake were cut. The cables cross the Straits of Mackinac that connects Lake Michigan to Lake Huron. The electrical cable is that red line on the left side of the map below. 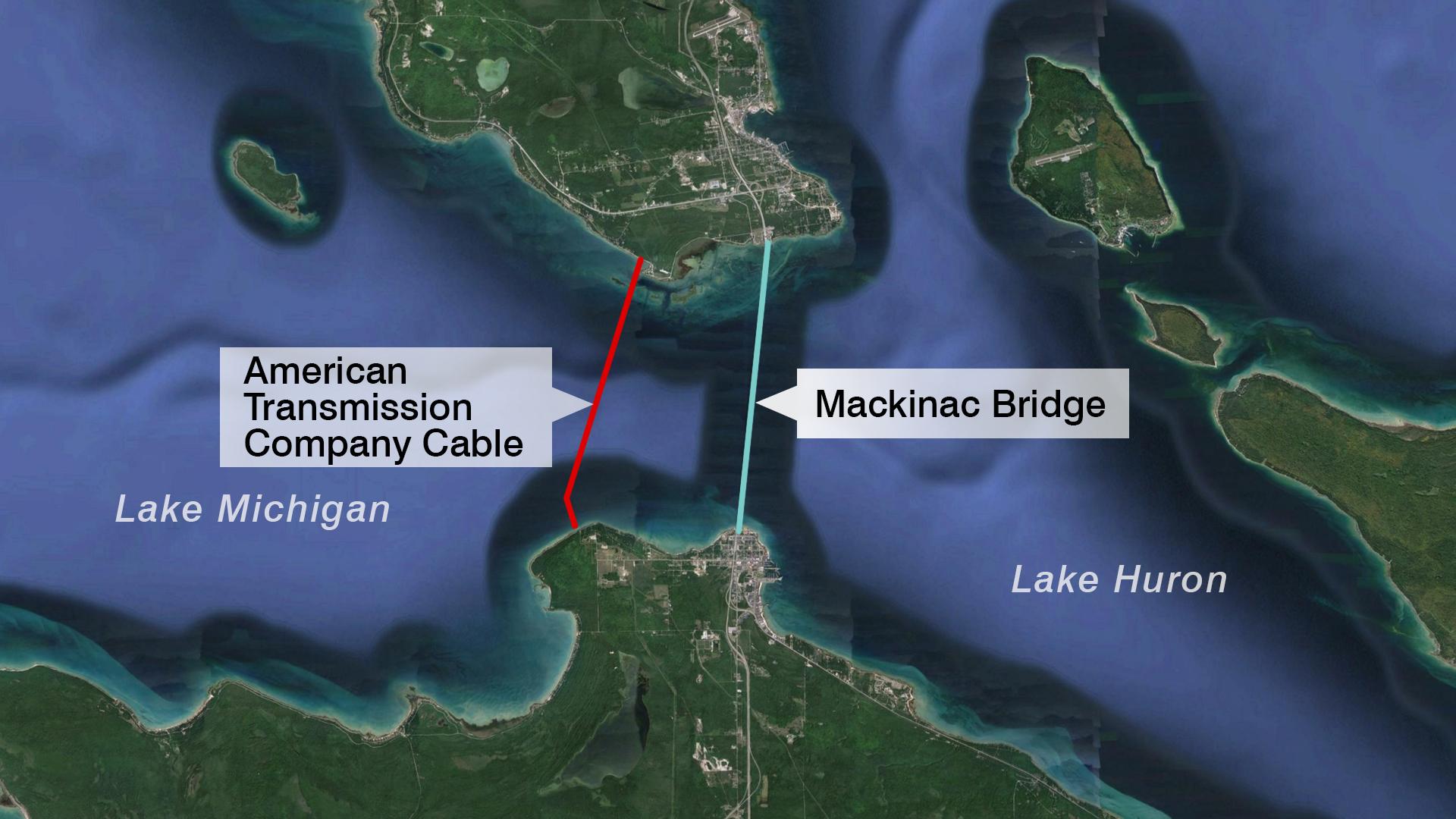 The Coast Guard reported that an estimated 600 gallons of dielectric fluid were released into the lake. That fluid is mostly mineral oil and is used to insulate the electric cables. Dielectric fluid can be toxic to marine life.

It took the cable company, American Transmission Company, almost 24 hours to figure out that there was a leak under water (they initially thought the leak was on the shore), but when they did, an oil response plan went into place. A unified command center headed by the Coast Guard was set up. And a Coast Guard helicopter was launched to look for oil slicks.

Wildlife biologists from state and federal agencies were sent out to check the impact of the spill on birds and marine life. And the Coast Guard now says there was no major environmental impact.

ATC sent an underwater vehicle to check on the damage and last week it brought the severed cables up out of the water and capped them off. They will be not be used again.

Why this is a concern

The damage from the oil leak was not severe and the Coast Guard’s response appeared strong. But there’s another, scarier reason people were so concerned about this incident: Just 400 yards east of the ATC electrical cables lies Enbridge oil company’s line 5 – that’s the yellow line in this graphic. 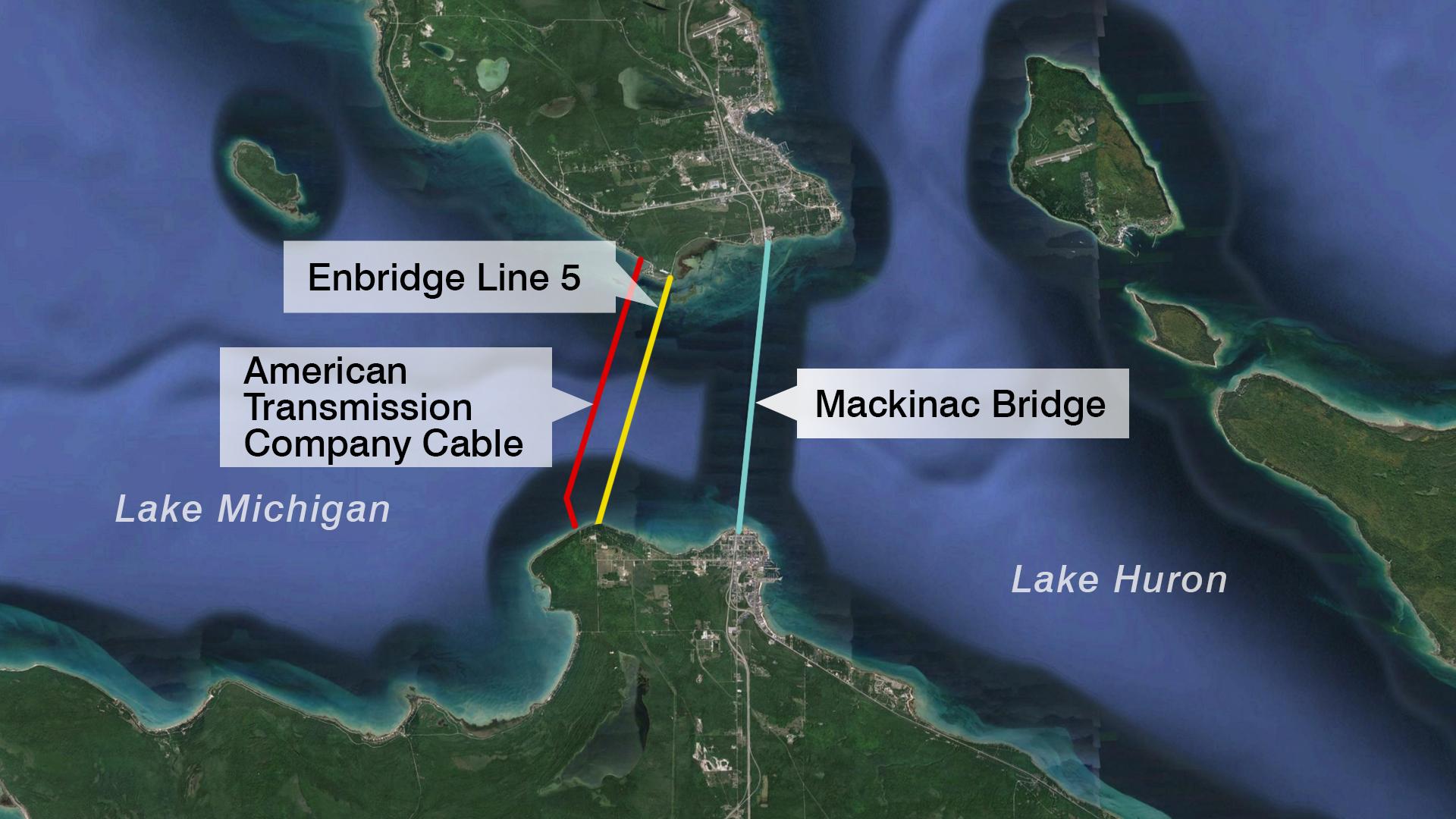 Line 5 is actually two 64-year-old pipelines that have the capacity of moving 540,000 gallons of oil per day across the straits. That’s what many people, including the Alliance for the Great Lakes President Joel Brammeier, are worried about.

“It’s just a matter of time with line 5, and the response time doesn’t matter as much when you have thousands and thousands of gallons of oil pouring out behind a break,” said Brammeier. “In this case we were fortunate that the break was relatively limited, and the amount of oil that escaped from the electrical line was relatively small.

“In a situation where an actual working oil pipeline breaks, you could have thousands and thousands of gallons of oil going directly into Lake Huron or Lake Michigan.” 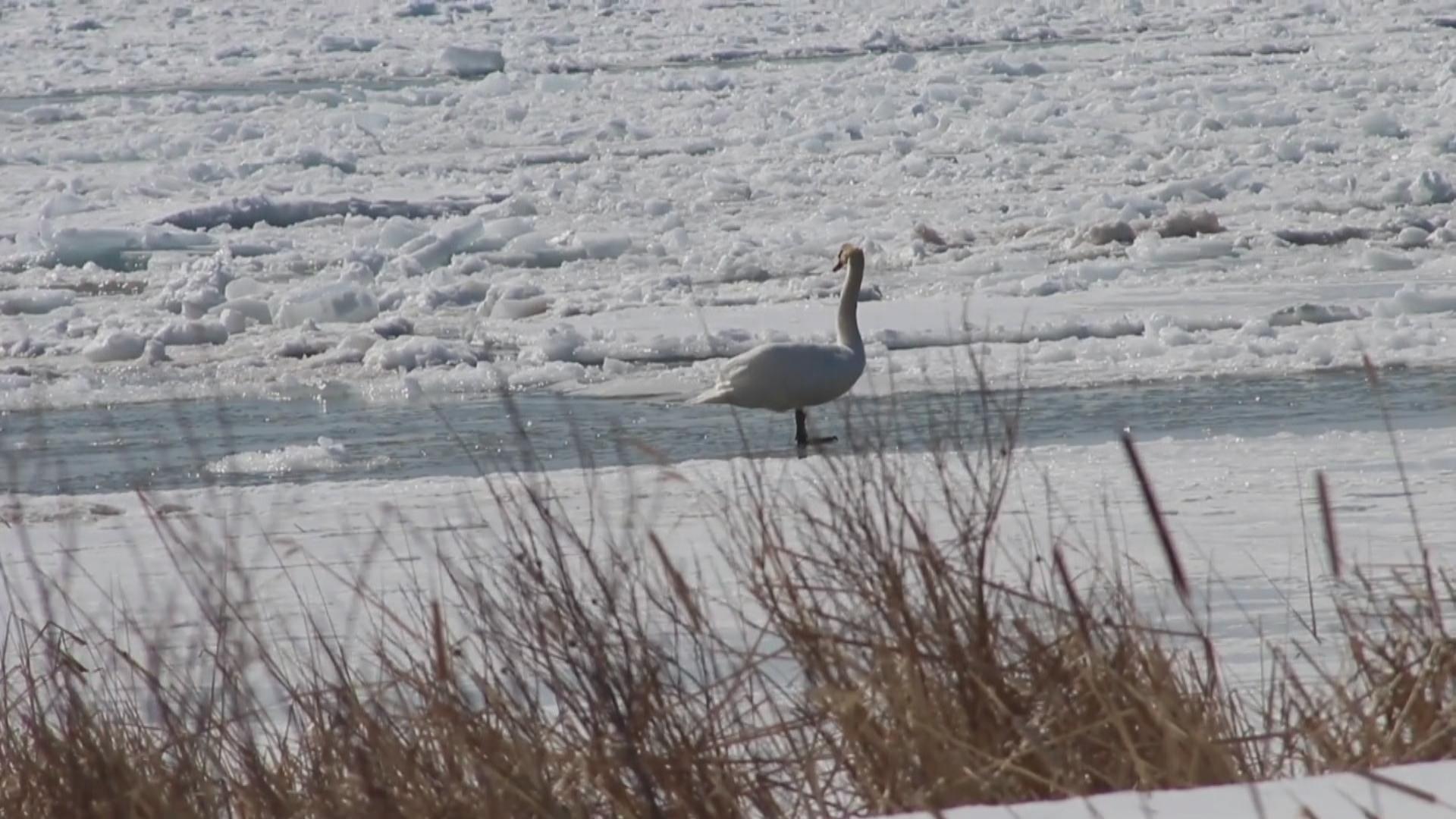 The Coast Guard and the unified command have begun an investigation to determine what caused the ATC cables to break. But Michigan Attorney General Bill Schuette has already filed a civil lawsuit against the VanEnkevort Tug & Barge company.

The lawsuit says one of their barges was dragging an anchor, and that’s what cut the ATC cable.

“Upon information and belief, this vessel traveled for many miles, possibly all the way to Chicago Illinois, with an anchor deployed and dragging along the bottom lands.”

What’s worse, all signs point to the anchor having damaged Enbridge’s line 5 (the one that has the capacity to carry a half-million gallons of oil each day). Enbridge did shut down line 5 after the ATC cable was cut and a week later issued this statement:

“Following a series of inspections of line 5, we have confirmed dents to both the east and west segments. There are two dents in the west pipeline and one in the east pipeline.

“A review of all leak detection systems and data from several inspections indicates that the structural integrity of the pipelines has not been compromised.”

An anchor strike has always been thought to be one of the biggest threats to line 5. There is now an agreement between the state of Michigan and Enbridge that by June 5 Enbridge will detail three different ways to replace line 5.

• Placing a new pipeline in a tunnel under the straits.

• Installing a new pipeline below the lake bed of the straits using horizontal directional drilling.

• Or creating a trench on the bottom of the Great Lakes and placing a new pipeline in a secondary containment structure or system.

That may all sound a bit technical, but the bottom line is that none of these options would shut down the pipeline. And that is what many activists are calling for, including Brammeier.

“I think that 60-year-old pipeline that runs right under the Straits of Mackinac needs to be shut down,” said Brammeier. “The alternative to that has to be carefully considered and we have to find a solution that doesn’t put any other Great Lakes community – or any other Great Lakes water – at risk.

“The notion of just swapping out an old pipeline for a big brand-new one isn’t the first thing that jumps to my mind. We’re going to have to take a really hard look at what’s needed to actually move oil safely through the Great Lakes region,” he said.

Much of what happens to line 5 will be up to the state of Michigan. The report on the three alternatives that is due in June will be critical to what happens next. The current governor and the attorney general who is running for governor seem to favor the tunnel approach. But there are many in Michigan who would like to see the oil pipeline shut down altogether. It’s sure to be a hot issue in the Novemeber election.