Lori Lightfoot, one of the candidates in that race, on Tuesday called on Mayor Rahm Emanuel to strip Burke of his chairmanship over the City Council’s Finance Committee. She also says her opponents in the race are staying curiously mum.

Her comments come on the same day Burke is throwing a major fundraiser at the Sheraton Grand Chicago hotel in Streeterville.

The looming federal probe didn’t seem to put a damper on attendance at Tuesday’s annual event, where tickets were going as high as $1,500 for a group of 10. The party celebrated Burke’s 50 years in city government, and featured appearances from current alderman such as Joe Moore (49th) and Ariel Reboyras (30th), as well as an appearance from Santa atop a fire truck that circled the hotel sporting a giant “I’m with Ed Burke” sign on the side, and union stickers on the back. 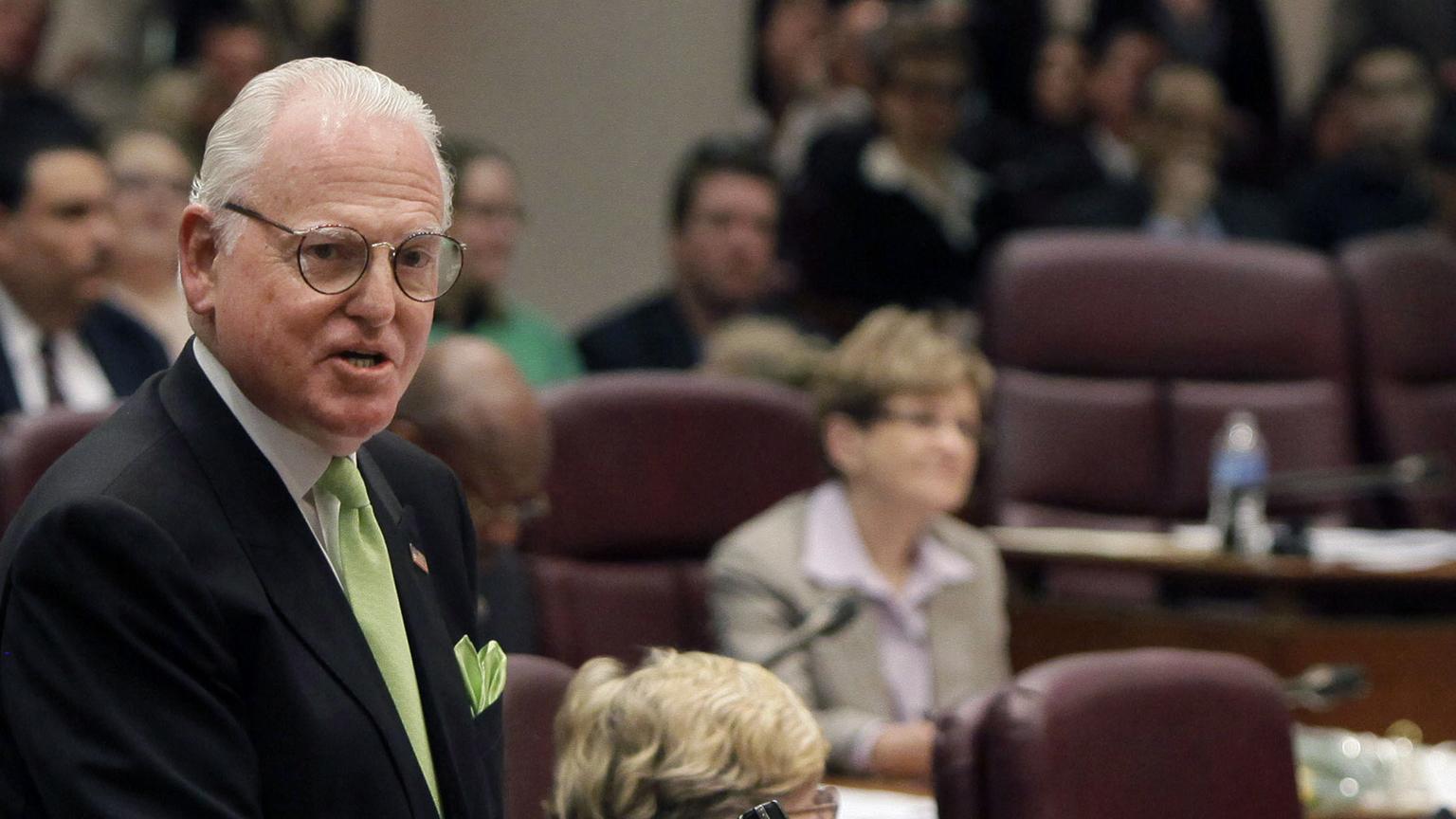 A steady stream of black SUVs and limos dropped off attendees at or before the event’s 5 p.m. start time. Guests refused to let last week’s federal raid cast a cloud on the evening’s proceedings.

"I don’t know a lot about it. I know that any time anybody’s investigated, I’m sure there’s some concern,” said Brian Parks, who runs a company called ISI International Services, Inc. "As long as it comes out favorable for him, I’m happy for him, because he’s done a lot.”

“I’ve known Ed Burke for around 30 years, I’ve worked with him in City Council for 17 years,” said former 11th Ward Chicago Ald. James Balcer. “I’m proud to call him a friend. He helped me, he’s worked with me, he’s done a lot for veterans issues."

Earlier in the day, Lightfoot openly questioned whether or not the relative silence on the raid from other candidates is related to past campaign contributions to those such as Illinois Comptroller Susana Mendoza, Cook County Board President Toni Preckwinkle, attorney Gery Chico, and the Daley family.

“Ed Burke is not the kind’ve person that gives out tens of thousands of dollars just for charity,” Lightfoot said. “Each of these candidates have to ask, what did you give him in return? What was the quid pro quo, and is that what’s motivating your silence in the face of this very serious political action?”

But other campaigns sought to distance themselves from Burke as well.

And Mendoza, who had called Burke a “mentor,” said: “Last week’s news was extremely troubling and exactly the kind of politics we need to get away from in Chicago. We need to see what the investigation says, and in this upcoming election the voters of the 14th Ward will also have a major say.”

Bill Daley’s campaign did not comment, while Chico, through a spokesperson, said that he was “glad to see Ed is cooperating with federal authorities, whatever this investigation concerns.”

Lightfoot, a former federal prosecutor, says that in her experience, the feds would not have taken last week’s major action unless they had strong evidence of serious crimes being committed.

“Going into his offices this close to an election with a sitting elected official, that’s something that would have been vetted both here and in Washington, D.C.,” Lightfoot said.