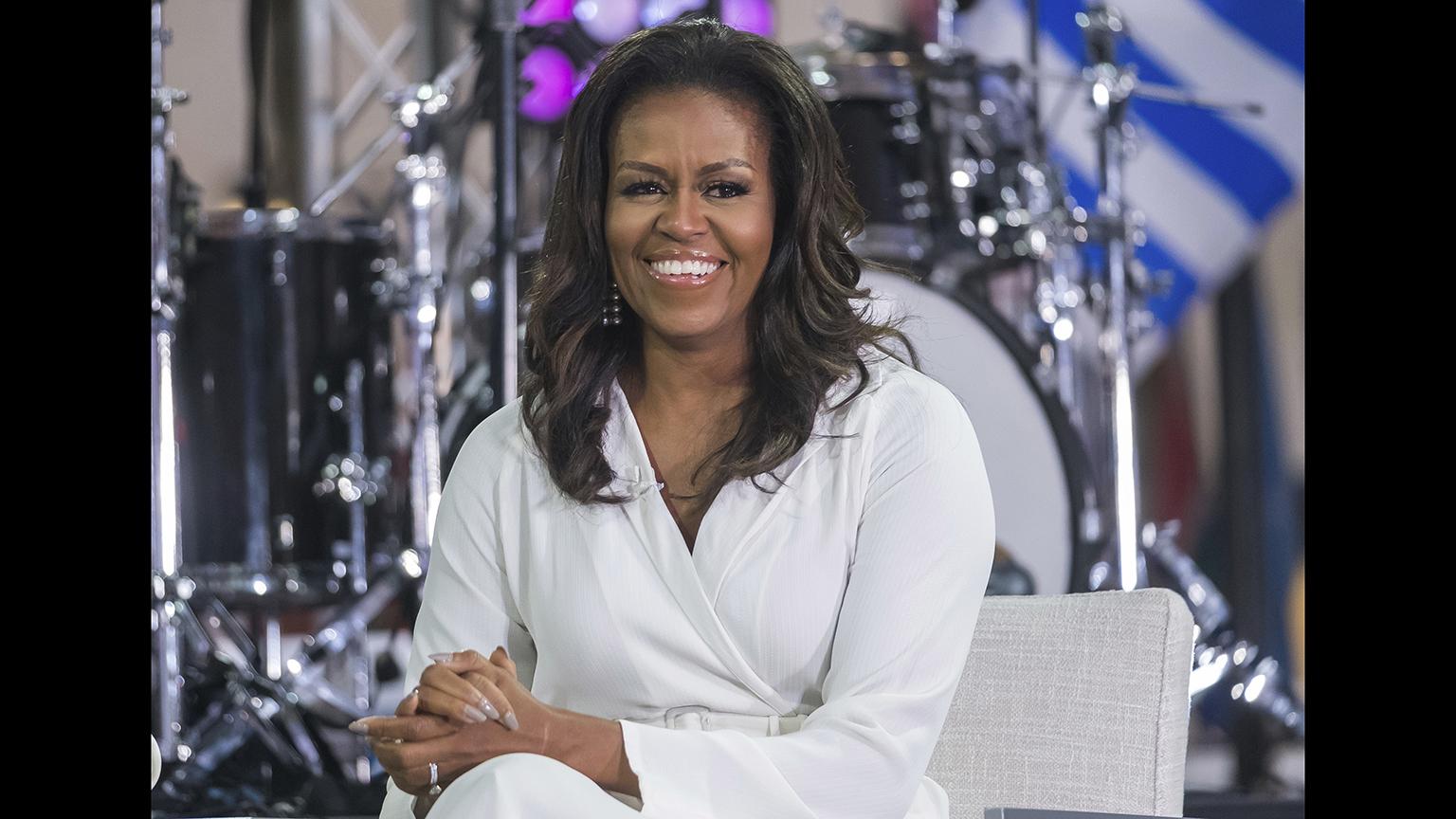 In this Oct. 11, 2018 file photo, Michelle Obama participates in the International Day of the Girl on NBC’s “Today” show in New York. (Photo by Charles Sykes / Invision / AP, File)

WASHINGTON (AP) — Michelle Obama says she felt “lost and alone” after suffering a miscarriage 20 years ago and she and Barack Obama underwent in vitro fertilization to conceive their two daughters.

“We were trying to get pregnant and it wasn't going well,” Mrs. Obama, 54, writes in her upcoming memoir. “We had one pregnancy test come back positive, which caused us both to forget every worry and swoon with joy, but a couple of weeks later I had a miscarriage, which left me physically uncomfortable and cratered any optimism we felt.”

The Associated Press purchased an early copy of “Becoming,” Mrs. Obama's memoir and one of the most avidly anticipated political books in recent memory. In it, she writes of being alone to administer herself shots to help hasten the process. Her “sweet, attentive husband” was at the state legislature, “leaving me largely on my own to manipulate my reproductive system into peak efficiency.”

Obama's family revelations are some of many included in the book from a former first lady who has offered few extensive comments on her White House years. And memoirs by former first ladies, including Hillary Clinton and Laura Bush, are usually best-sellers. “Becoming” is set to be released Tuesday.

IVF is one form of assisted reproduction and typically involves removing eggs from a woman, fertilizing them with sperm in a lab, and implanting a resulting embryo into the woman's uterus. It costs thousands of dollars for every “cycle,” and many couples require more than one attempt.

“I felt like I failed because I didn't know how common miscarriages were because we don't talk about them,” the former first lady said in an interview broadcast Friday on ABC's “Good Morning America.” “We sit in our own pain, thinking that somehow we're broken.”

In the memoir, Mrs. Obama also writes openly about everything from growing up in Chicago to confronting racism in public life and becoming the country's first black first lady.

She also lets loose a blast of anger at President Donald Trump.

She writes in the memoir that Trump's questioning of whether her husband was an American citizen was “crazy and mean-spirited ... its underlying bigotry and xenophobia hardly concealed. But it was also dangerous, deliberately meant to stir up the wingnuts and kooks.”

“What if someone with an unstable mind loaded a gun and drove to Washington? What if that person went looking for our girls?” she writes in the memoir. “Donald Trump, with his loud and reckless innuendos, was putting my family's safety at risk. And for this, I'd never forgive him.”

Trump suggested Obama was not born in the U.S. but on foreign soil — his father was Kenyan. The former president was born in Hawaii.

As he left for Paris Friday, Trump chose not to respond to the former first lady, telling reporters, “Oh, I guess she wrote a book. She got paid a lot of money to write a book and they always insisted you come up with controversial.” Trump instead changed the subject to his predecessor, Barack Obama, saying, “I'll never forgive him” for making the country “very unsafe.”

Mrs. Obama also expresses disbelief over how so many women would choose a “misogynist” over Clinton in 2016. She remembers how her body “buzzed with fury” after seeing the infamous “Access Hollywood” tape, in which Trump brags about sexually assaulting women.

Mrs. Obama also accuses Trump of using body language to “stalk” Clinton during an election debate. She writes of Trump following Clinton around the stage, standing nearby and “trying to diminish her presence.”

Mrs. Obama launches her promotional tour Tuesday not at a bookstore, but at Chicago's United Center, where tens of thousands of people have purchased tickets — from just under $30 to thousands of dollars — to attend the event moderated by Oprah Winfrey.