Mega Millions Players Would Spend $1.6B on Bills, Charity 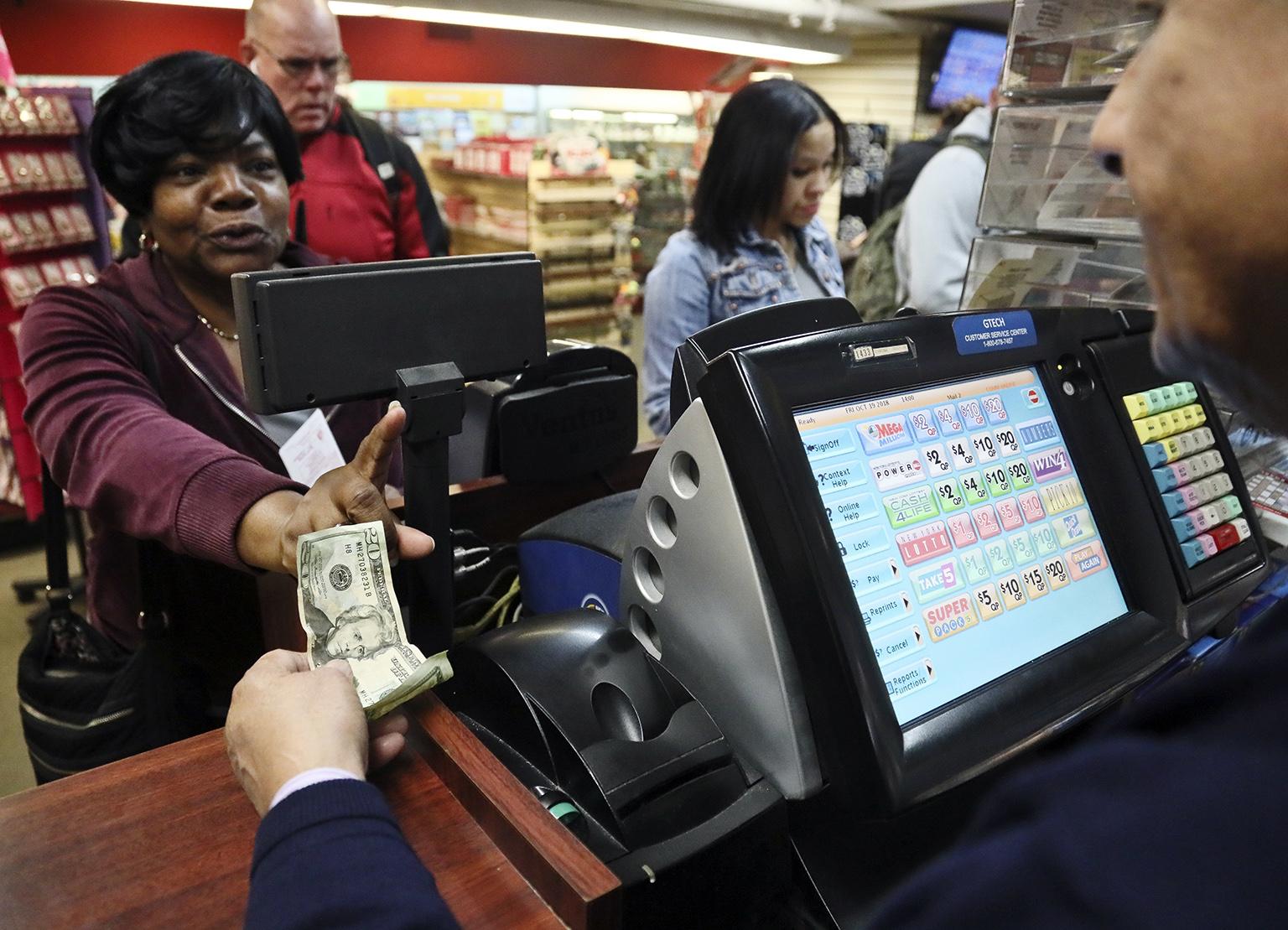 Annette Gray, left, from Valley Stream, N.Y., buys lottery tickets on Friday, Oct. 19, 2018, in New York. The estimated jackpot for Friday's Mega Millions drawing has soared to billion. Gray said it's about "a dollar and a dream, but I spent ten today." (AP Photo / Bebeto Matthews)

CHICAGO (AP) — With the Mega Millions lottery jackpot at a record $1.6 billion, people are snapping up tickets across the U.S.

The Powerball jackpot also has climbed. It's up to an estimated $620 million for Wednesday's drawing. That would make it the fifth-largest jackpot in U.S. history.

But much of the focus has been on Tuesday's Mega Millions drawing and what would be the largest jackpot prize in U.S. history.

From San Diego to New York, people are dreaming of how they would spend the money should they beat the astronomical odds of winning.

Little Rock, Arkansas, housekeeper LaCrystal White initially said her first order of business would be to pay off bills and student loans, then buy herself a house and car. But the 34-year-old quickly reconsidered.

Then she told everyone who was at the gas station where she bought two Mega Millions tickets on Sunday that she would give them $1 million each if she won. She went on to add that she planned to buy more tickets later.

Arkansas is one of 44 states where the Mega Millions is played. It's also played in Washington, D.C., and the U.S. Virgin Islands.

Nathan Harrell was in downtown Chicago for work Saturday when he stopped in at a 7-Eleven and handed the clerk two $20 bills — one for 10 Powerball tickets at $2 each and the other for 10 Mega Millions at $2 each. It's been a few years since he's spent anything on the lottery.

"It's gotta be in the news for me to think about it," the 36-year-old, who works in finance and lives on the city's North Side, said.

He said he and his wife have talked over the years about what they'd do if they won, and she said she'd keep working. "So she probably wouldn't want me to quit my job," he said.

Harrell said that as he rode the train to work, he had thought about what else he would do. He figures he'd set up a trust fund for his two children.

"We wouldn't sweat the small stuff anymore," he said. "Nothing crazy, but who knows."

In Phoenix, Tim Masterson, a 41-year-old scientist, ran into Kings Beer & Wine, an upscale convenience store and beer bar, to buy seven Mega Millions tickets while his family waited in the car outside.

Masterson paused when asked what he'd do with the money if he won. After looking at the wide variety of beers and ales on the shelves, he said: "I'd buy a brewery."

Nebraska mom Michelle Connaghan said she had mentioned the huge Mega Millions jackpot to her children, which led to a discussion of what the family would do with all that money.

"Other than paying off bills and taking care of family, I think I'd have the most fun going around and doing surprise good deeds for people," said Connaghan, 48, as she picked up pizza for her family and a Mega Millions lottery ticket at an Omaha convenience store. "I think that would be wonderful, to have the ability to help somebody who really needs it.

"And I'm sure we'd take some pretty awesome vacations while we were going around doing our surprise good deeds." 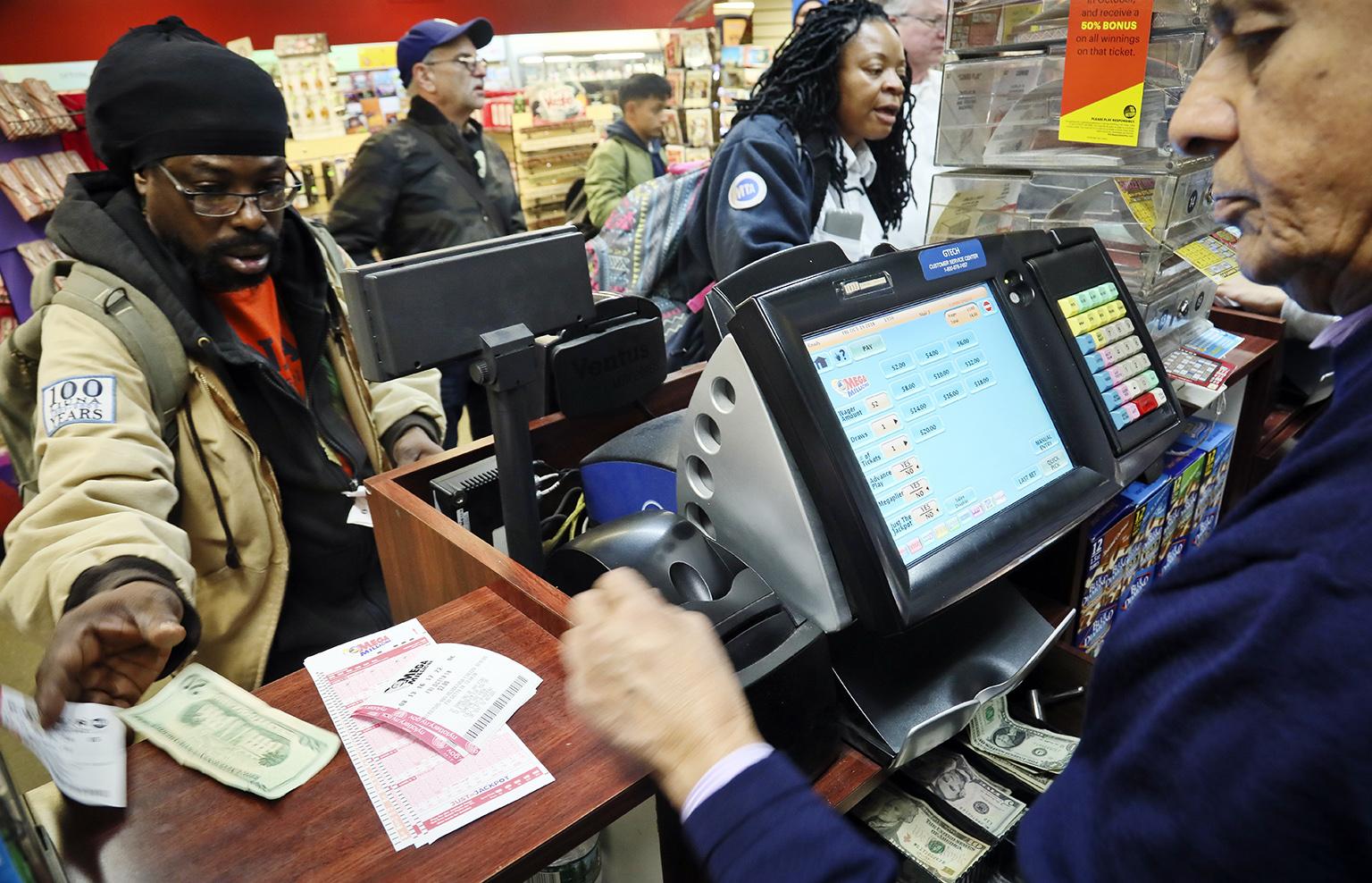 In New York City's financial district, Juan Ramirez, 69, said he would retire from at least one of his jobs. He works as a school maintenance worker and short order cook.

"I'd spend it carefully. I'd be prepared before I cash in, go see a financial adviser," he said, saying he would invest the money.

"I've got two jobs. I'd retire from one, maybe two. When I win the billion dollars, I will decide which one to quit.

"I would donate some money to charity, think about the homeless, people with less than me. I would help somebody."

Guillermo Carrillo, 42, of San Diego, works as a roofer and as a dishwasher at a restaurant.

Carrillo, who was buying tickets in suburban National City, dreams of buying a house for his mother in his native Guatemala. Then he would give money to each of his five sisters — also in Guatemala — to spend however they like. His five brothers would get nothing, he said.

For himself, he would buy a house in the San Diego area and replace his old pickup with a new one in his preferred color, red. He would also travel. Tops on his list are Paris, Spain, the ruins in Machu Pichu, Peru, and, of course, Guatemala. 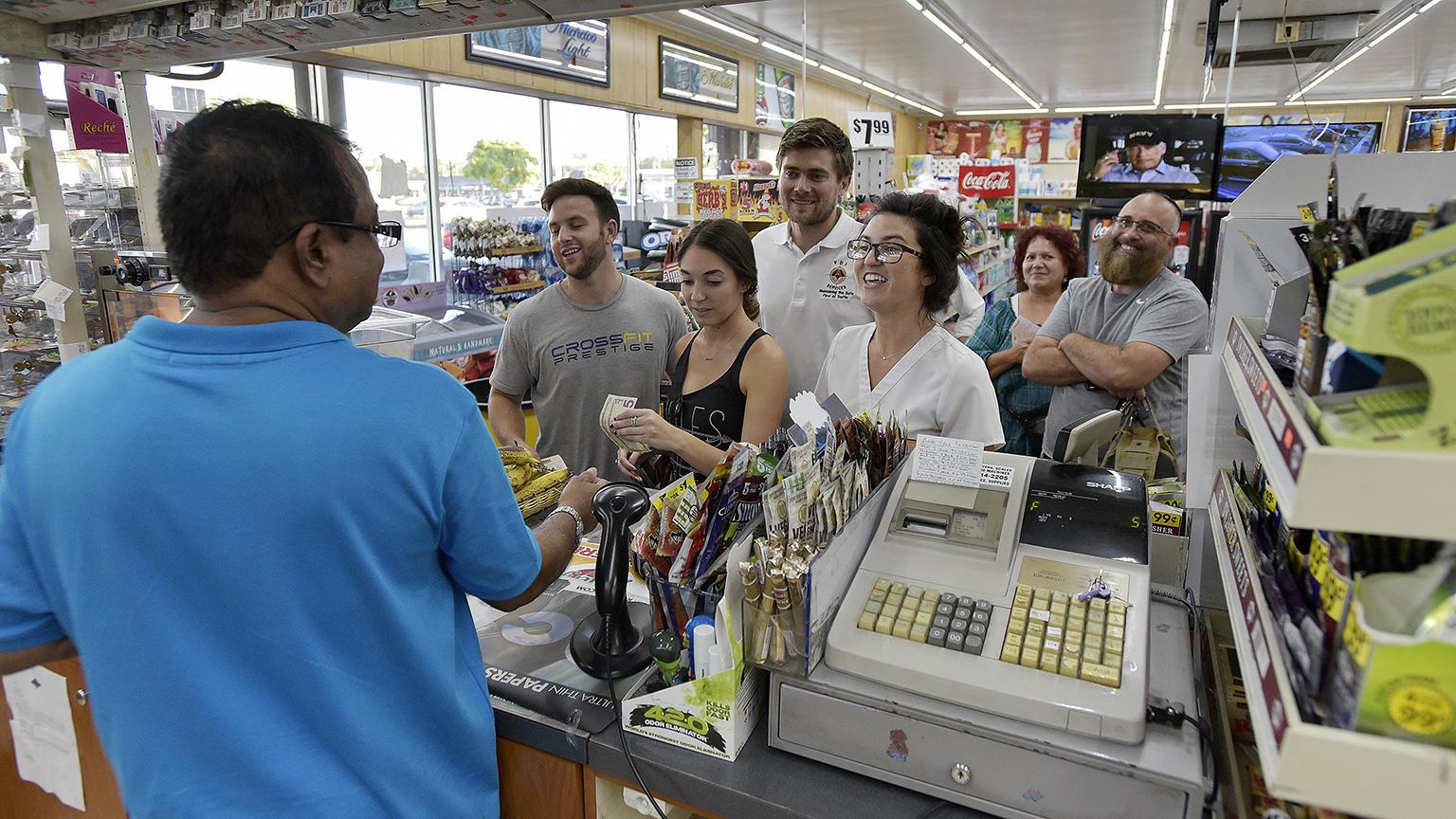 Dan Higgins isn't typically a lottery player, but he decided to give it a try as he grabbed a coffee at a 7-Eleven in the Brighton neighborhood of Boston on Sunday.

"When it gets over a billion dollars it becomes compelling, so for $2 to potentially get $1.6 billion, that would be a pretty nice return on that investment," said Higgins, 51, who lives in nearby Brookline.

First on his agenda, should he win: putting in his two weeks' notice at his sales job. Other than that, he says he would take care of the education of his two kids, who will be entering college soon.

"That's obviously an awful lot of money, so I would really just help out my family in any way I could and probably buy a big house on the ocean somewhere."

At an Exxon store in Nashville, Tennessee, clerk Quin Newsom said nearly everyone who comes in is buying a Mega Millions ticket — including herself.

Asked what she would do if she won, the 22-year-old said, "I would split it with my co-workers. We're going to retire from here. And then I'd go to the Bahamas."

Beyond that: "I would invest in something, to keep the money rolling in. ... You gotta think with it."

Earl Howard, a lifelong New Yorker, said he plays the lottery "anytime it's big," even though he has never won anything. The odds of winning the Mega Millions grand prize are about one in 302 million.

"I'm still gonna do it. It doesn't matter what the odds are. You got to be in it to win it, and if you don't try you won't succeed," Howard said while shopping at a 7-Eleven in Brooklyn.

Asked what he would do with the money, Howard said: "Move out of New York. Take care of my mother and my kids and my wife. That's it. Save the rest. Nobody won't know I won."

For the AP's complete coverage of the lottery: https://apnews.com/Lottery 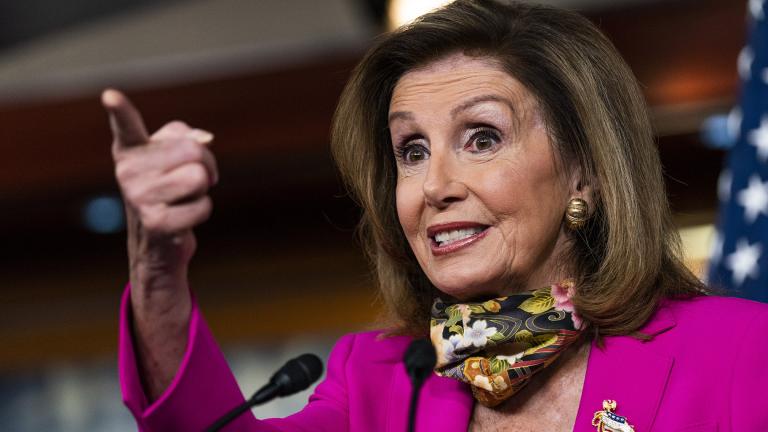