“I think that anyone that is familiar with this city and familiar with the criminal court system in Cook County knows beyond any doubt that [Van Dyke] was an absolute sacrificial lamb,” Herbert said shortly after his client was convicted of second-degree murder and 16 counts of aggravated battery in the fatal shooting of black teen Laquan McDonald in 2014.

Herbert has been Van Dyke’s defense attorney since criminal charges were first filed in 2015.

The former Chicago cop and Cook County prosecutor also reiterated his unhappiness with Judge Vincent Gaughan’s refusal to move the trial outside of Cook County, where media coverage of the high-profile case, the defense claimed, was “blatantly prejudicial” and “inflammatory.”

Dashcam video of the fatal shooting, released in 2015, led to the first murder charges against an on-duty Chicago police officer in more than three decades and a political firestorm that still smolders.

Van Dyke was “sacrificed by his leaders,” said Herbert. “By political leaders and our supposed community leaders and it was all for one reason: to save themselves.” 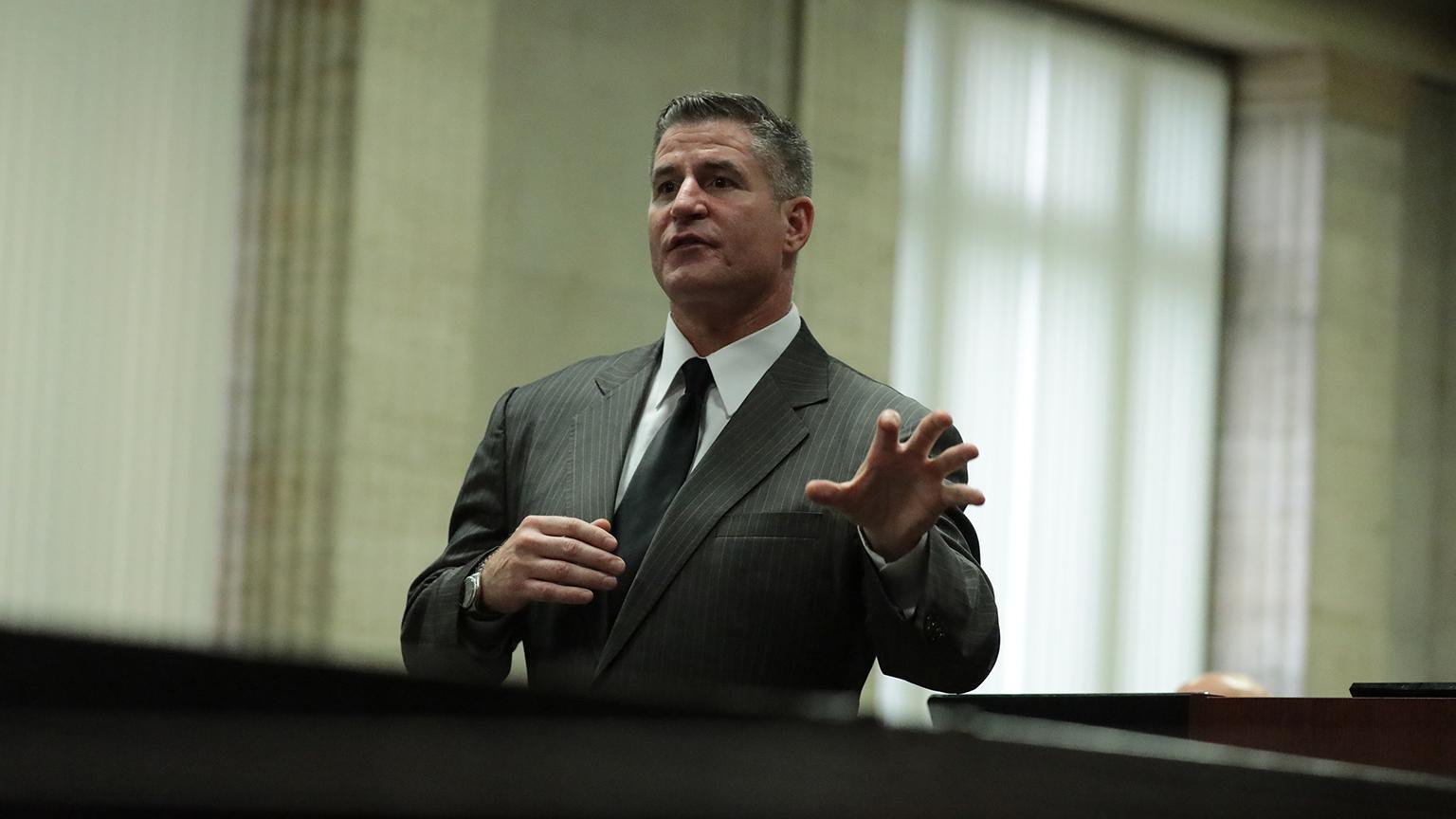 Herbert, a onetime in-house attorney for the Chicago Fraternal Order of Police, has built much of his practice representing police officers over the past decade. His father was also a police officer and Herbert says he was named after Daniel Quinnan, his dad’s first partner who was fatally shot in the line of duty.

For Herbert, the Van Dyke trial has not only been his most high-profile case, but, as he told the Chicago Reader last year, it was also his first murder trial.

But he said the odds were stacked against his client from the start.

“I told Jason Van Dyke: ‘You just went into a heavyweight boxing match against Mike Tyson and you went in there with both of your hands tied behind your back and you’re still standing,’” Herbert said.

“We don’t believe that the evidence supported the conviction. But at the end of the day, with the Cook County jury and with the pressure that we had with this case we started this case 50 yards behind the starting line.”

Herbert also suggested that the verdict marked “a sad day for law enforcement” and would alter the way police officers approach their job.

“We’ve all heard about the Ferguson effect,” said Herbert. “If police officers think that they can never fire against someone that is acting the way Laquan McDonald did 12 feet away from him I think that what we are going to have is that police officers are going to become security guards. There will not be a police officer getting out of a car to confront somebody. Maybe that’s what everyone wants. I don’t know. We’ll have to see how it plays out.”

Herbert joins Paris Schutz to discuss the trial, the verdict and the possibility of an appeal.