Kane County State’s Attorney Joseph McMahon had no illusions about the task at hand when he accepted the special prosecutor role in the criminal prosecution of Chicago police Officer Jason Van Dyke.

“We knew that we would be second-guessed,” McMahon told media Friday, shortly after Van Dyke had been convicted of second-degree murder and 16 counts of aggravated battery with a firearm in the 2014 shooting death of teen Laquan McDonald.

“We knew that we would be criticized by some people in law enforcement. We knew that maybe even some other prosecutors across the country would question or second-guess the decision to accept this assignment,” he said.

McMahon’s role in the historic murder trial began more than two years ago on Aug. 4, 2016, when Cook County Judge Vincent Gaughan appointed the Kane County State’s Attorney’s Office to the case. Cook County’s top prosecutor, Anita Alvarez, had just been defeated in her re-election bid and recused her office from the prosecution.

Gaughan asked several state’s attorneys if they’d be interested in handling the case, but it was McMahon who eventually said yes.

“Those of us who are elected to this job have a responsibility to accept cases when we’re able to, whether they’re popular or unpopular, whether they’re difficult or straightforward. That’s the main reason I took the case,” he told Chicago Tonight on Monday.

A native of Carpentersville, Illinois, McMahon attended both the University of Iowa and the John Marshall Law School in Chicago before starting his legal career as an assistant state’s attorney in Kane County in 1992.

He was first appointed to his role his Kane County state’s attorney in 2010 after several years in private practice and a two-year stint as Deputy Chief of Criminal Prosecutions in the Illinois Attorney General’s Office. He has since been re-elected to his current post twice, in 2012 and 2016.

McMahon, 52, describes himself as an avid “outdoor enthusiast” who has completed two Ironman triathlons and three marathons. He currently resides in Plato Center, Illinois, with his wife and three children. 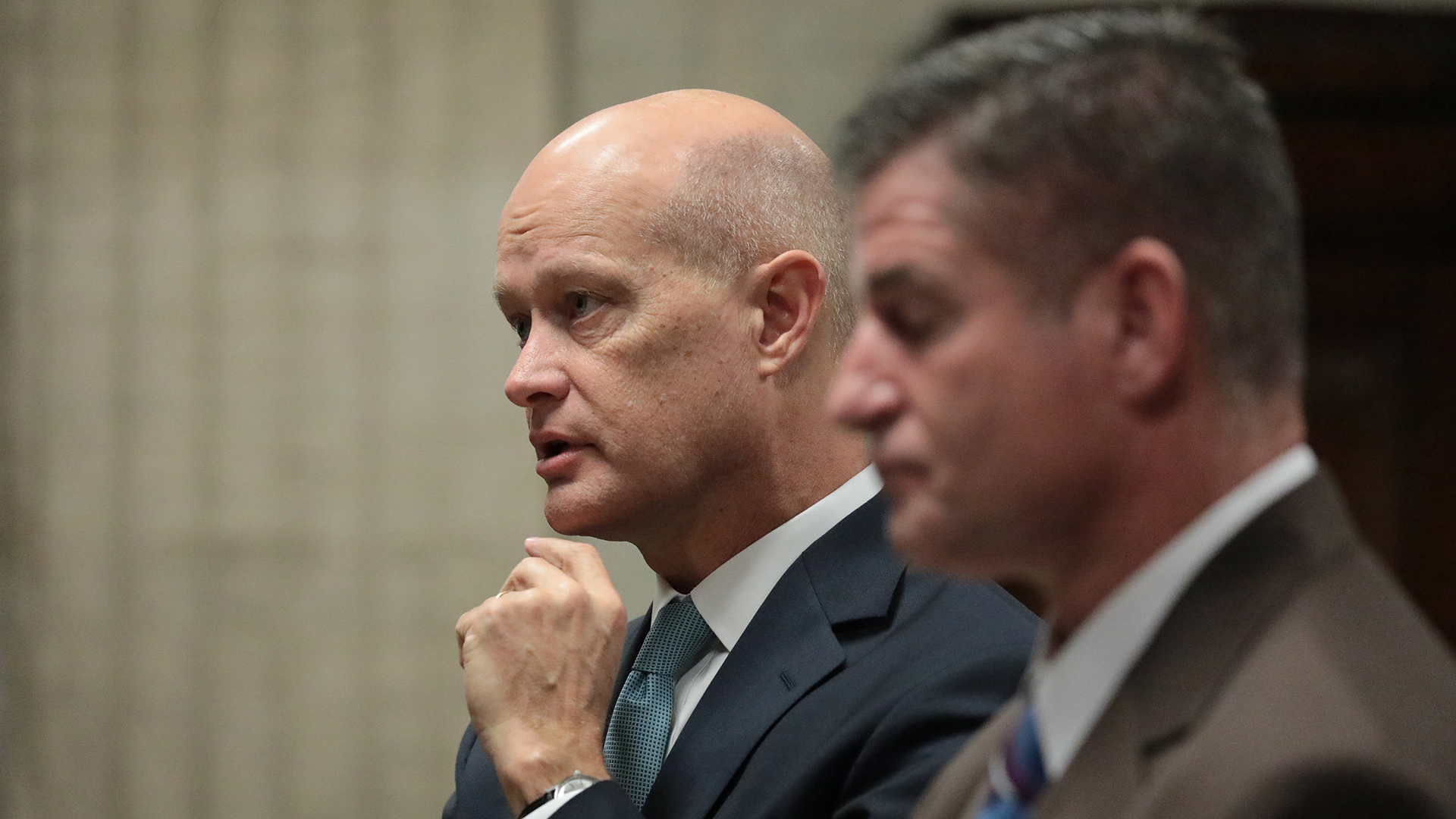 Though he had some experience prosecuting police officers, McMahon was not the first choice of many Chicagoans who had petitioned for a new prosecutor in the Van Dyke case. Community groups and activists expressed apprehension Gaughan had chosen someone not only from outside Cook County, but from a predominantly white area.

"Kane County is about 90 percent white, 6 percent black,” the Rev. Gregory Livingston reportedly said after McMahon’s appointment. “I wonder what makes him best choice as lead prosecutor, how much has he done in urban situations between black men and police officers.”

Moments after earning the biggest conviction of his career, McMahon seemed to reference those early concerns in his comments to the media.

“We have kept our focus on the actions of Jason Van Dyke the night of Oct. 20, 2014, and although we all live 30, 40 miles west of here, we don’t live in a vacuum,” he said. “We are aware of the concerns of the urban community, especially here in Chicago, but also in our home towns of Elgin and Rockford and Aurora, Illinois.

“The end of this trial marks an opportunity for this city to come together. This investigation and this criminal prosecution of Jason Van Dyke, I believe, reflects our shared values, and has been the result of people simply doing the right thing.”

McMahon joins us in conversation.