“Mr. Manafort just rested his case and he did so because he and his legal team believe that the government has not met its burden of proof,” said defense attorney Kevin Downing upon leaving court Tuesday in Fairfax, Virginia.

Prosecutors allege that Manafort failed to pay taxes on more than $60 million he made from working for a Ukrainian oligarch who is friendly to Russia. But when the work in Ukraine dried up and he was having trouble paying bills, they say Manafort borrowed $16 million from a tiny bank in Chicago.

Stephen Calk, the founder and CEO of the Federal Savings Bank, pushed the risky loans through, reportedly in the hopes that Manafort would help him get a plum job in the Trump administration.

In an email from Calk to Manafort, he listed the possible “rolls” he could play in the Trump administration, including secretary of defense, treasury, commerce, housing and urban development and more.

Calk also suggested 19 possible ambassadorships. (His top pick was in the United Kingdom because, he wrote, “I grew up in London.”)

When Manafort forwarded the recommendation email to Trump’s son-in-law and White House advisor, Jared Kushner, he wrote back, “On it!”

Prosecutors did not call Calk to testify against Manafort, but a top bank official did. James Brennan, a Federal Savings Bank vice president, testified that the bank rejected one loan for Manafort after they found several “inconsistencies” in the financial information Manafort reported on the loan application.

Brennan told the court that decision was overruled by Calk. Other witnesses said Calk pushed two loans through for Manafort because he thought it would help him get a position in the Trump administration.

Why wasn’t Calk called to testify against Manafort? Was asking for a job in the administration in exchange for a post illegal? Here to answer these questions and more is Patrick Collins, a former federal prosecutor who is now a criminal defense attorney. 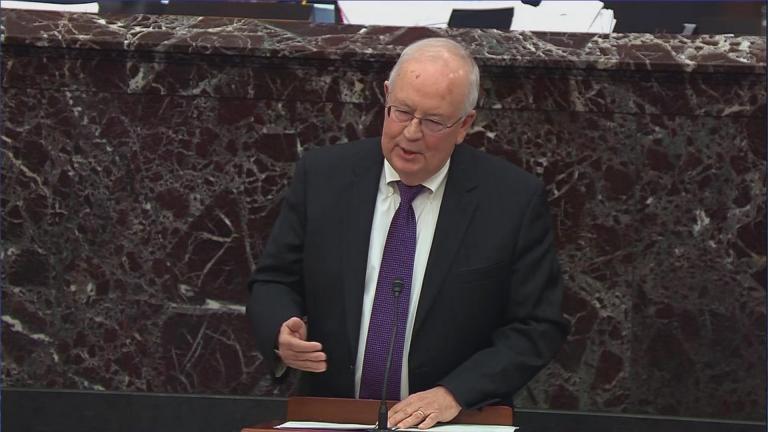