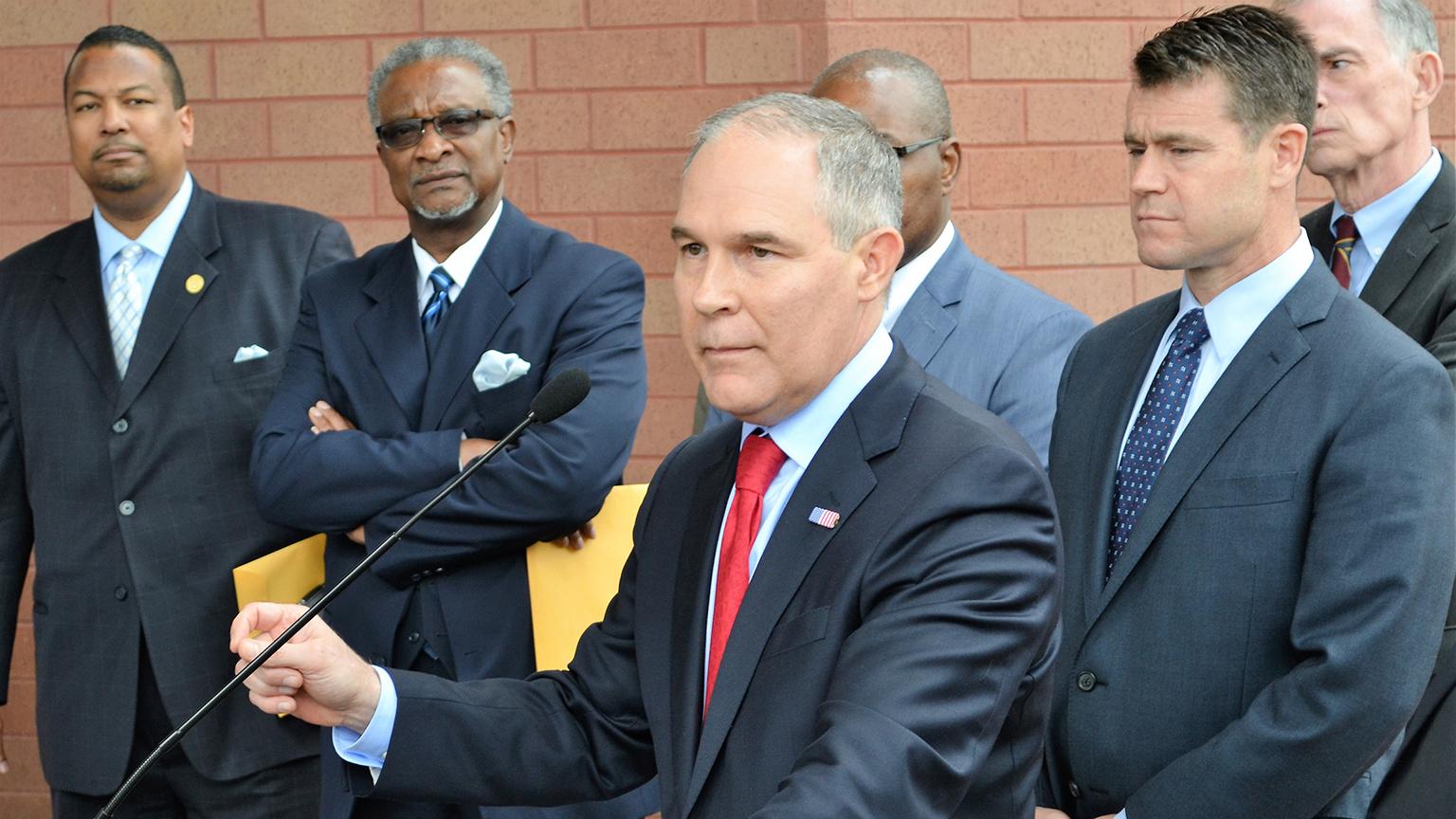 Scott Pruitt, the scandal-ridden head of the U.S. Environmental Protection Agency, resigned Thursday after facing months of pressure over questions about his travel spending, security costs, influence from industry lobbyists and a host of other management decisions.

“I have accepted the resignation of Scott Pruitt as the Administrator of the Environmental Protection Agency,” Trump wrote. “Within the Agency Scott has done an outstanding job, and I will always be thankful to him for this. The Senate confirmed Deputy at EPA, Andrew Wheeler, will … on Monday assume duties as the acting Administrator of the EPA. I have no doubt that Andy will continue on with our great and lasting EPA agenda. We have made tremendous progress and the future of the EPA is very bright!”

...on Monday assume duties as the acting Administrator of the EPA. I have no doubt that Andy will continue on with our great and lasting EPA agenda. We have made tremendous progress and the future of the EPA is very bright!

Within his first year, Pruitt slashed the agency’s staff and refused to implement an array of environmental protections, including a ban on a pesticide shown to cause brain damage in children.

In spring 2017, Pruitt spent time in Chicago after meeting with residents of East Chicago’s lead-contaminated neighborhoods. After the meeting, Pruitt shut down rumors that he planned to close the agency’s regional office in Chicago.

By October 2017, just nine months after Trump took office, 61 employees had left the EPA’s Region 5 office in Chicago, with several citing Pruitt’s industry-friendly approach as a reason for their departures.

In December, Pruitt announced his controversial pick to lead the EPA’s Chicago office: Cathy Stepp, a businesswoman-turned-politician who as head of Wisconsin’s Department of Natural Resources sought to ease enforcement of environmental regulations.

Pruitt has remained in the spotlight for months, fighting off allegations of legal and ethical misconduct. But perhaps none of his alleged wrongdoings have received as much attention as a video that went viral Monday, which shows a woman confronting Pruitt at a restaurant in Washington, D.C., and urging him to resign.

“We deserve to have somebody at the EPA who actually does protect our environment, somebody who believes in climate change and takes it seriously for the benefit of all of us, including our children,” Mink said to Pruitt, according to the video.