Bill Clinton in Chicago: This (Former) President Was Not Missing 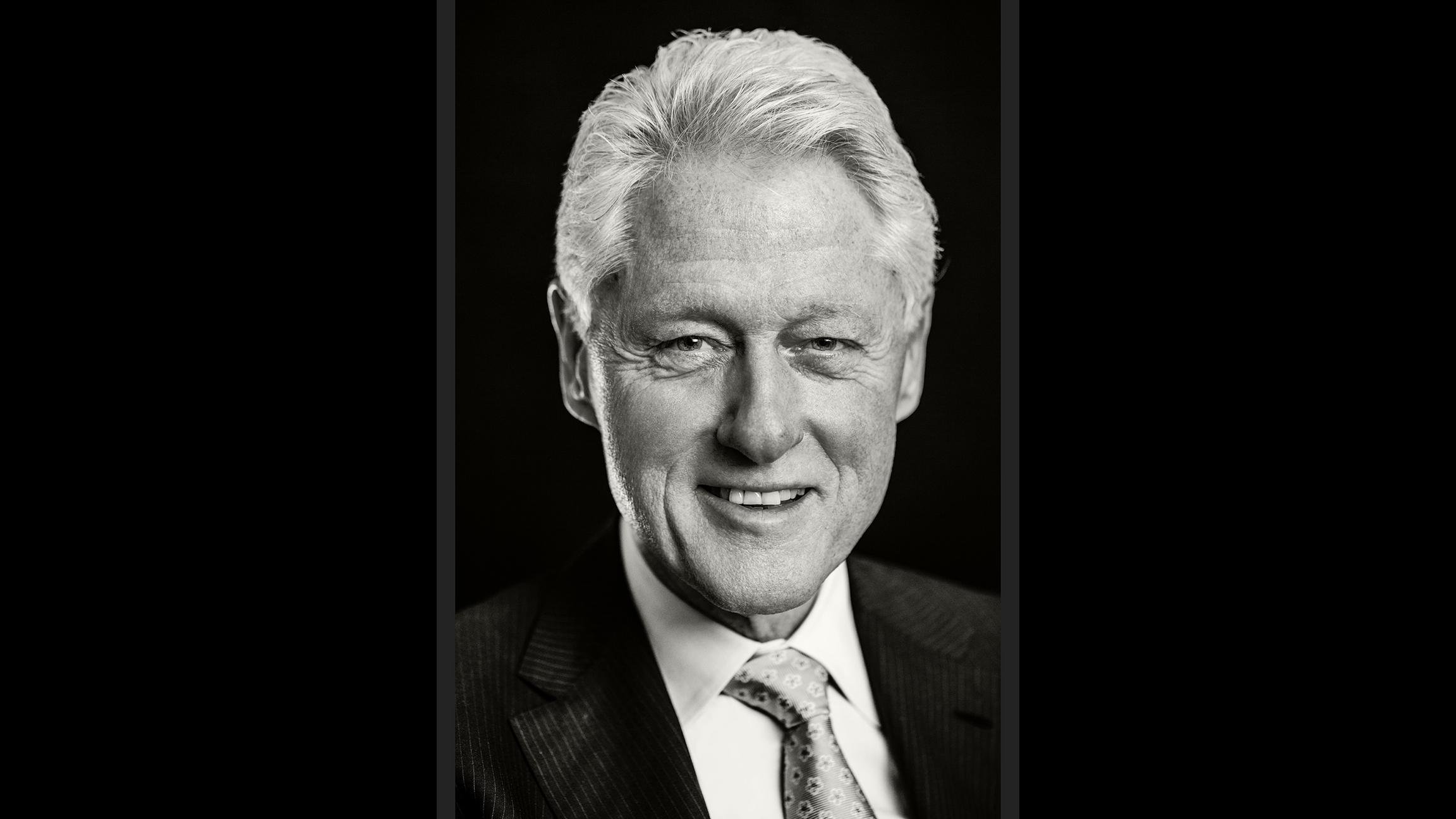 Politics is its own very particular form of show business. And for better (and worse), most successful politicians find a way to tap into the performative aspect of their nature.

Whatever your politics, it would be hard to deny that few have been as naturally gifted in that respect as William Jefferson Clinton, the 42nd president of these United States. As he demonstrated in his appearance at the Auditorium Theatre on Thursday night – where he was promoting his first work of fiction, “The President is Missing” (written in collaboration with James Patterson, the man who is said to have sold 300 million books) – he remains a super-smart, silky-tongued talker with both a healthy ego and an easily self-deprecating sense of humor. Arriving on stage in a perfectly tailored black suit, he looked trimmer and healthier than ever, and far younger than his 71 years.

Clinton, whose appearance at the Auditorium was among the growing list of one-night stands at the theater initiated by executive director Tania Castroverde Moskalenko (a list that has included Ruth Bader Ginsburg, Ken Burns, David Sedaris and a certain woman by the name of Hillary) engaged in a relaxed – if clearly carefully shaped – conversation with Robert B. Barnett, a Washington, D.C.-based lawyer who is one of the world’s leading authors’ representatives. And while the ex-president didn’t quite attract the same sold out crowd as Ginsburg – that tote bag-carrying rock star of a Supreme Court justice – the audience, comprised largely of baby boomers who voted him into office in 1992 and 1996 (many clutching several copies of his book, which were on sale in the lobby) gave him a standing ovation. 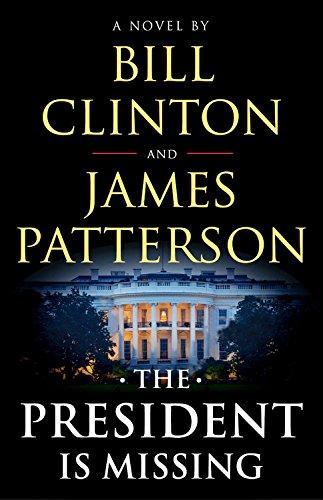 A 500-page thriller for the age of cyber warfare and terrorism, “The President is Missing” spins around three main characters: President Jonathan Lincoln Duncan, a widowed, ailing, 50-year-old former governor of North Carolina who might be facing impeachment; Suliman Cindoruk, a cyberterrorist with Turkish roots; and a female assassin who goes by the code name of Bach (as in Johann Sebastian). Bach, as Clinton made a crucial point of noting given current events on the U.S.-Mexico border, was emotionally scarred by a childhood lived out during the horrors of the Bosnian War of the 1990s. (“Beware putting children in bad situations at formative times in their life,” he warned.)

“This will not be a ‘gotcha’ political interview,” said Barnett at the outset of the 80-minute question-and-answer event. “Hopefully it will be entertaining, and you’ll walk out of the theater dying to read the book.” (The audience erupted in knowing laughter when Clinton then observed that “any event held in Chicago that is not political is an oxymoron.”)

Clinton said that it was Barnett who first suggested he write a mystery since he was a consumer of so many such books. He also suggested the collaboration with Patterson.

“At that point I asked Bob why Patterson, no pun intended, would want to take on an apprentice,” (this got another big laugh), “but I’m an old dog who wanted to learn new tricks and it worked out.”

“It was James Patterson’s idea for the president to go missing,” said Clinton, “although believe me, while you can elude the Secret Service it is a lot harder than you think, and you can’t do it for very long. The one time I tried it was when Jean Chretien, the prime minister of Canada, and I were meeting, and we climbed over a fence to walk in the fields. It lasted for about four minutes. And in the book we had to make Duncan’s disappearance credible, or he would have just seemed irresponsible.”

What did Clinton want most to convey in the novel?

Clinton also said he believed cyberterrorism to be the greatest threat facing the U.S.

“I saw it coming when I was president,” he said. “Anything electronic can be hacked, and backup systems are vulnerable as well. I hope we will make a significant investment in cybersecurity. Our overall conventional defense budget is now $630 billion, but our cybersecurity budget is just $15 billion, although the CIA and other security components probably have some additional resources. The fact is, far more damage can be done with a massive cyberattack these days than with conventional weapons. Both the Israelis and the Germans understand this.”

And Clinton noted: “There is no excuse for this country, which devised the internet, not to lead the world in cyber defense. We’ve got to be able to dismantle cyberattack mechanisms before they affect us. That’s why the theme of our vulnerability in the face of our technology reliance is so important in the book, although I confess I only just exchanged my Blackberry for an iPhone after it broke.” (Barnett confessed to still using a flip phone.)

Noting that every technological development in history has been subject to abuse, Clinton added: “What makes it different today is that the scale is so staggering. And we need agreements among nations against non-state actors.”

Clinton also addressed the North Korea talks, recalling the history of failed efforts and expressing his hope that the current administration’s efforts will succeed.

“I think South Korea’s president has been uncanny in his handling of the situation,” said Clinton. “And while we must swallow the fact of the North’s 100,000 political prisoners, it is the price we pay for assuring that the country doesn’t sell nuclear material for dirty bombs.”

When the conversation turned to the upcoming midterm elections, and Clinton was asked what he thought was the most important thing Democrats should do to take the House and Senate, he quickly responded: “They must explain what they plan to do – save Social Security, provide college aid. And then people must show up to vote! What worries me is that the Koch brothers are spending $400 million dollars on state legislative elections with the hope that they will ultimately be able to call a Constitutional convention and rewrite things.”

“The President is Missing” has already been sold to Showtime with plans for a 12-part TV series.

As for who he might want to play the role of President Duncan, Clinton said: “Just someone who is strong but human, and who can show the full dimensions of the job rather than being a two-dimensional cartoon.” 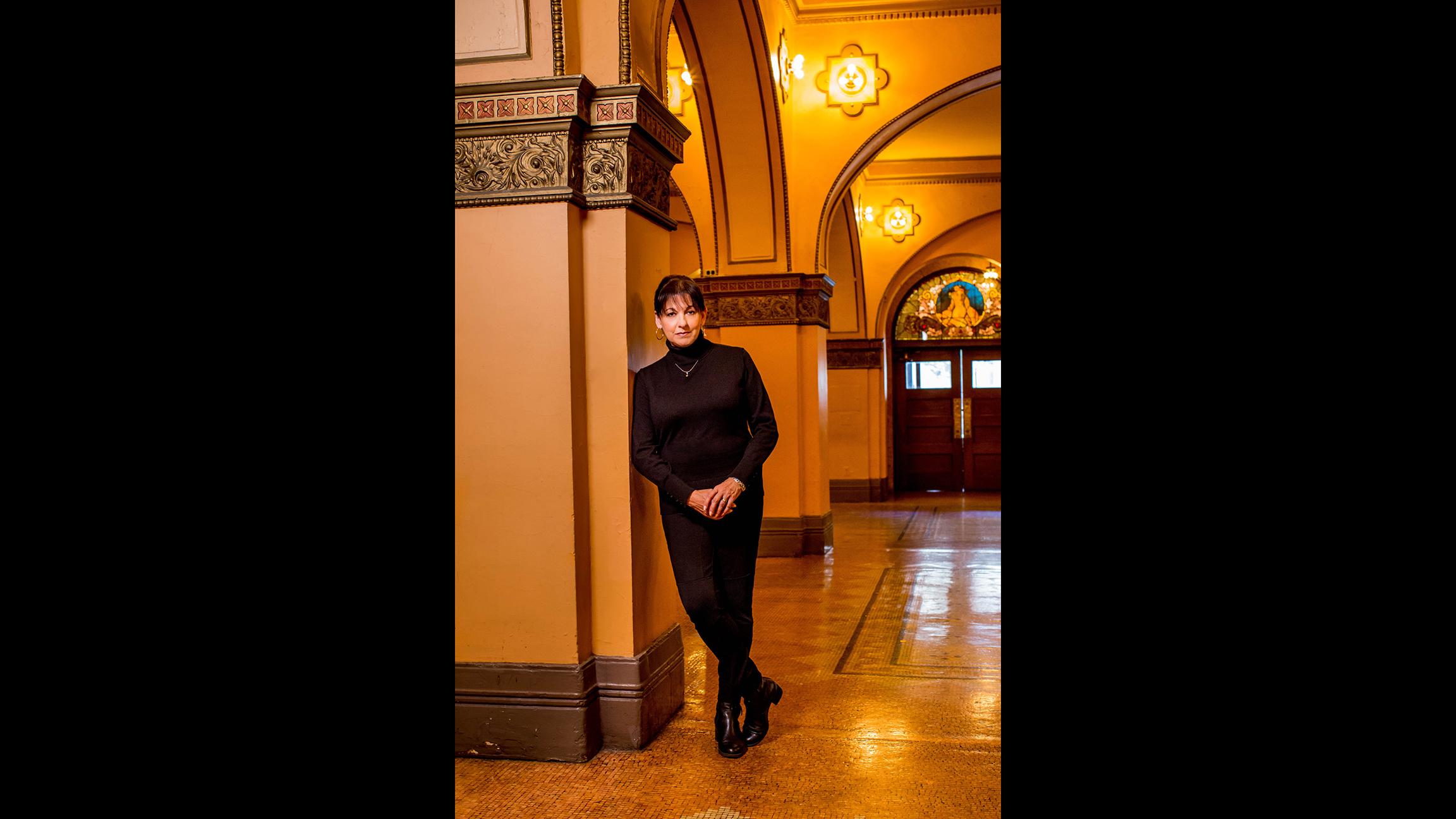 One final note: In other news from the Auditorium, it was announced on Thursday that Tania Castroverde Moskalenko, who assumed the position of executive director of the theater in October 2016, will be leaving her job at the end of July. She is to become executive director of the Miami City Ballet, one of this country’s top classical companies, working alongside artistic director Lourdes Lopez.

Castroverde, who emigrated from Cuba to the U.S. with her family 30 years ago, and grew up in Miami, will now also be closer to her parents.

Chicago is Dancing Up a Storm