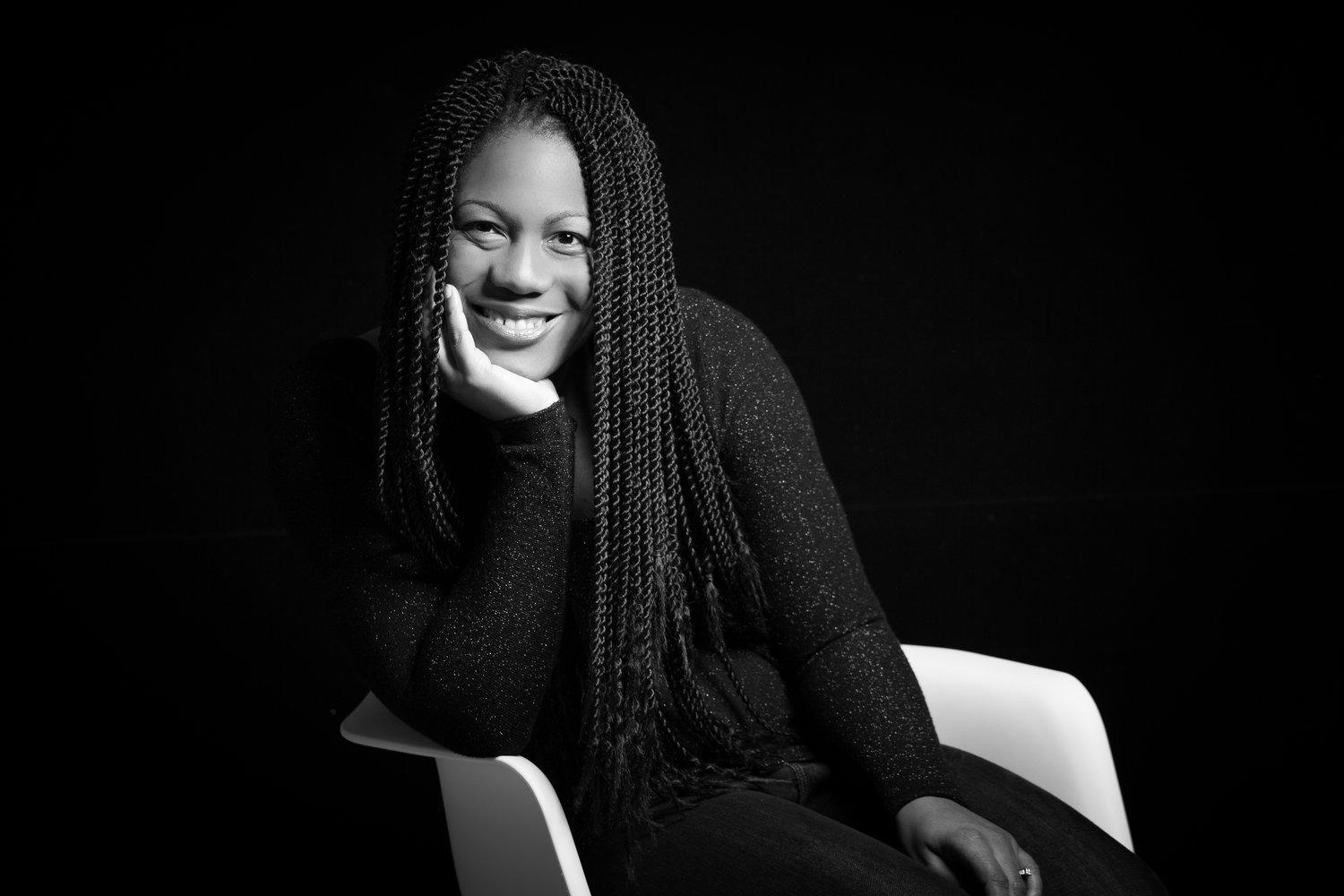 Writer and educator Austin Channing Brown learned at an early age how difficult it can be for a black woman to navigate predominantly white spaces. At age 7, she discovered that her parents had named her Austin not only because it was her grandmother’s maiden name, but also because they wanted future employers to think she was a white man.

Brown works on issues of racial justice and education, particularly in the evangelical church. She grew up in Ohio and now lives in Michigan but also has Chicago roots: she attended North Park University, directed a mission site on the West Side and worked at Willow Creek Community Church in South Barrington.

On Sunday, Brown will be at the club Uptown Underground to celebrate the release of her book “I’m Still Here: Black Dignity in a World Made for Whiteness.” She spoke with Chicago Tonight by phone in advance of the event.

I definitely had a wide array in mind, but I tried really hard to keep at the forefront black women. I know what it is to be a black girl trying to navigate spaces that are predominantly white. I would be heartbroken if black women picked up this book and didn’t feel seen and heard, if they didn’t feel it was truthful, if they didn’t read it and think, “Yup, I’ve been in that situation.” Secondarily, (I was) thinking through other people of color, thinking through white folks who will read the book, but I definitely prioritized black women.

You write that in order to help dismantle racial injustice, you have to be curious about why it exists and be willing to have uncomfortable conversations. And you view that as having a spiritual element. What makes it holy work?

The reason that I call it holy work is because it’s so transformative. I think it’s transformative for all involved, whether you’re a person of color or a white person getting involved and understanding injustice and the pursuit of justice, it really does transform your worldview; it changes your understanding of history; it makes you think in new ways about friends, your family, your community; it makes you think about where you work and where you worship; it makes you rethink your politics. And I think that anything that changes our identity to that degree is holy work.

I wish that I had magic words when I get up and speak somewhere or when I lead workshops – 10 words that change people’s hearts every time I say them, 10 words that convince white people to get on board, 10 words that make everything OK for the people of color in the room. But I don’t. And that’s why I refer to the Holy Spirit, because there does seem to be an element that is outside of my control that is at work in the room when people are being transformed. My word for that is the Holy Spirit. It’s the divine.

You lived in Chicago for several years. Part of the time you were here, you worked at Willow Creek Community Church, whose church elders recently apologized for doubting women who spoke out about harassment by the church’s former pastor. Is that indicative of how church leadership structures can be insulated?

Absolutely. I think the church has a lot to learn from, excuse the term, secular spaces. I think about, for example, the civil rights movement and how the church was so closely tied to that movement for justice. I look at today, and it seems like the movement for justice so often exists outside the church. I wish that the church would turn around and see God in the people, see God at work in the world and be inspired by that as opposed to being fearful of it or only partaking when it’s convenient. I wish that the church would pay more attention to what’s happening outside the church, particularly in the world of justice.

You write movingly about the how it felt the first time you experienced a black church and how it’s been a through line in your life. Is spending time in a black church restorative to you?

Absolutely. I don’t just belong to and attend predominantly white churches, or even churches that are seeking to be multiracial. I definitely go back and forth. And I do think of the black church as my church. That is still where I find the greatest sense of belonging. And I think I’m hopeful that multiracial churches will take the next steps to go beyond diversity and into involving themselves in issues that impact people of color. I think that’s what’s missing. I think that’s why there still is a black church, because so often even multiracial churches, and obviously predominantly white churches, won’t go near justice issues that matter to us and that impact us on a daily basis. And, to be honest, it’s really nice to be in a place where we control the culture – where I don’t have to do the work that it takes to be around white folks. That’s very freeing. 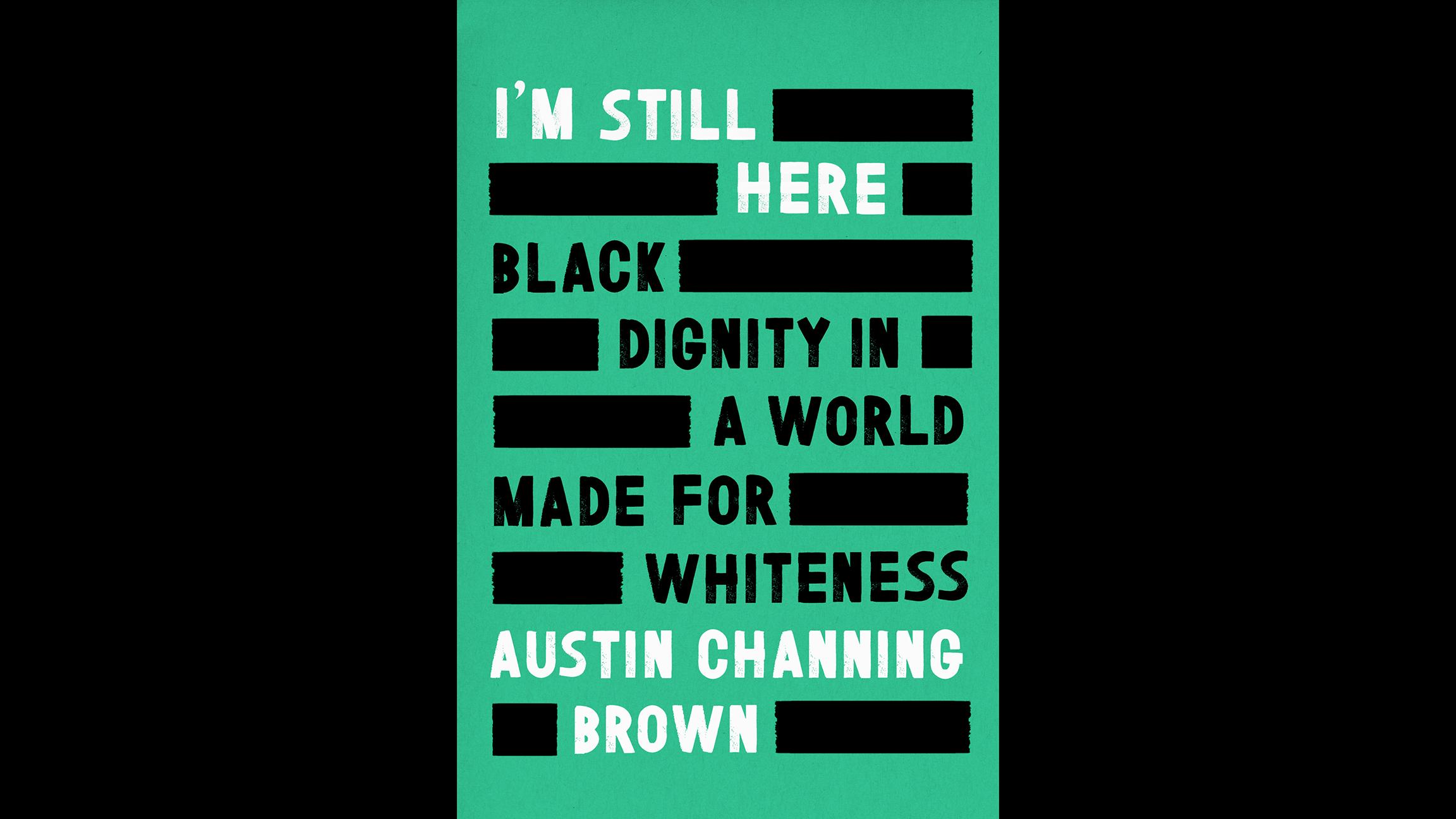 While in Chicago, you also led a mission on the West Side where you brought in church youth groups from outside the city. But one group of white parents had such a negative perception and preconceptions of the neighborhood that they barely attempted to engage with the work and left almost immediately. Does that speak to the idea of people paying lip service to social justice issues, but ultimately being unwilling to even get off a bus on the West Side?

It was really disappointing. In that work, it was not unusual at all for white youth groups to get off the bus and go, “Huh, I’ve never been in a predominantly black neighborhood. This is different.” That’s not unusual, my staff was perfectly capable of navigating that and having those conversations. In fact, that’s what the week was about – how is God working in this black community? The idea that you are not bringing God here, God is already here and we want you to see how God is at work here. So it was in many ways fun to talk about blackness not from the perspective of what black folks need, but from what black folks are doing. But when there was that group who didn’t have eyes to see, all they could see was what they were afraid of, what they had been told to be afraid of, they just could not see. It really disappointed my staff, who were all 20-somethings at the time, because every group they had had that summer had some sort of transformative experience – some more than others, of course. It really disappointed their own sense of purpose and their love for that community, because most of them were not from that community, but had fallen in love with it.

Throughout the book, you interrogate terms like harmony, diversity, reconciliation. Are these in danger of becoming empty buzzwords? Are they already?

I do think they’ve already become empty buzzwords. But we’re running out of words! I think racial justice isn’t going anywhere, so that’s a good one, we’ll hold onto that one! But our language is constantly changing and ebbing and flowing, and I think we will, I think if we need to we’ll continue to come up with new language.

The reason I mention all those terms is because as long as we are continuing to use them, particularly in the church – again, outside the Christian bubble I don’t think these words are still springing to life, if you will. I think they’re used much more in Christian communities. The point I’m driving at in the book is that if we’re going to keep using these terms, we need to interrogate them. We need to ask ourselves whether they hold the revolutionary ideas of the faith that we claim to hold. If we’re not going to use them, that’s fine, but we need to find the other revolutionary language that’s going to replace it, because that’s what we’re doing. We’re speaking justice, which is revolutionary.

What do you hope readers take away from the book?

In the book, I talk about white fragility and white supremacy and white guilt, all these things. But I also tried really hard in this book to uplift blackness and to celebrate blackness and to talk about the dignity inherent in black folks. I would hope as we continue to talk about racial justice, that we don’t spend all of our time just talking about white folks and essentially re-centering white folks all over again, but that we learn how to have really rich conversations about black culture and black people, what black folks are creating, and our inherent dignity in the world.

If I can be just a small part of that conversation, that would make me really happy.

This interview was condensed and edited for clarity. Virginia Barreda contributed to this article.