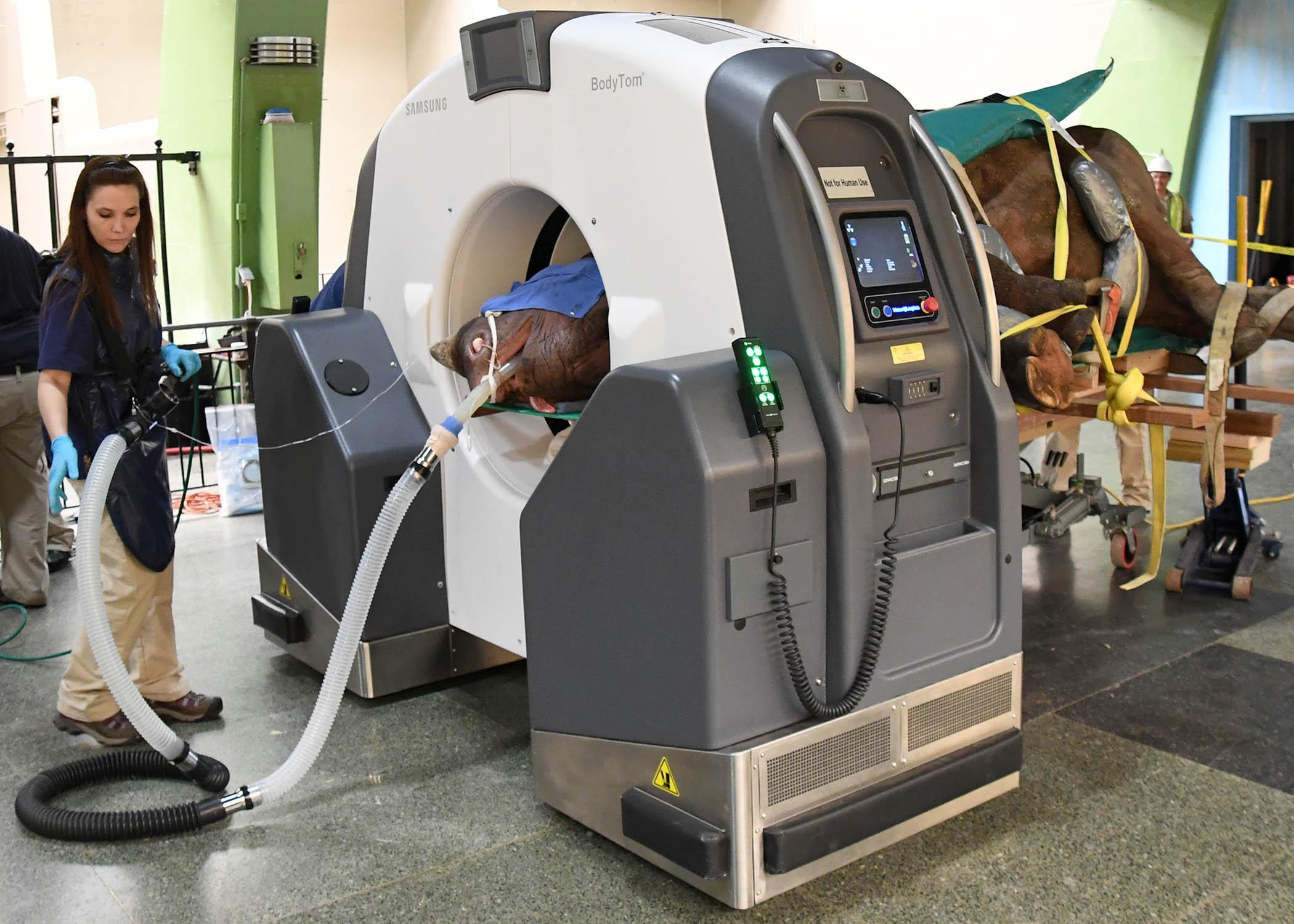 The zoo’s veterinarians identified the bacterial infection April 19 during what is thought to be the first CT scan ever performed on a rhinoceros. Moving Layla to and from the portable scanner required a front-end loader, a custom-made wooden platform and nearly 40 staff members, who conducted several practice runs using 2,300 pounds of concrete to simulate the animal’s weight.

High-powered images of Layla’s skull revealed abnormal tissue in the root of one of her upper molars, which veterinary staff determined had been causing the obstruction of Layla’s nasal passages and sinuses, making it difficult for her to breathe. Because rhinos are mostly unable to breathe through their mouths, any amount of nasal obstruction can become dangerous, according to the zoo. 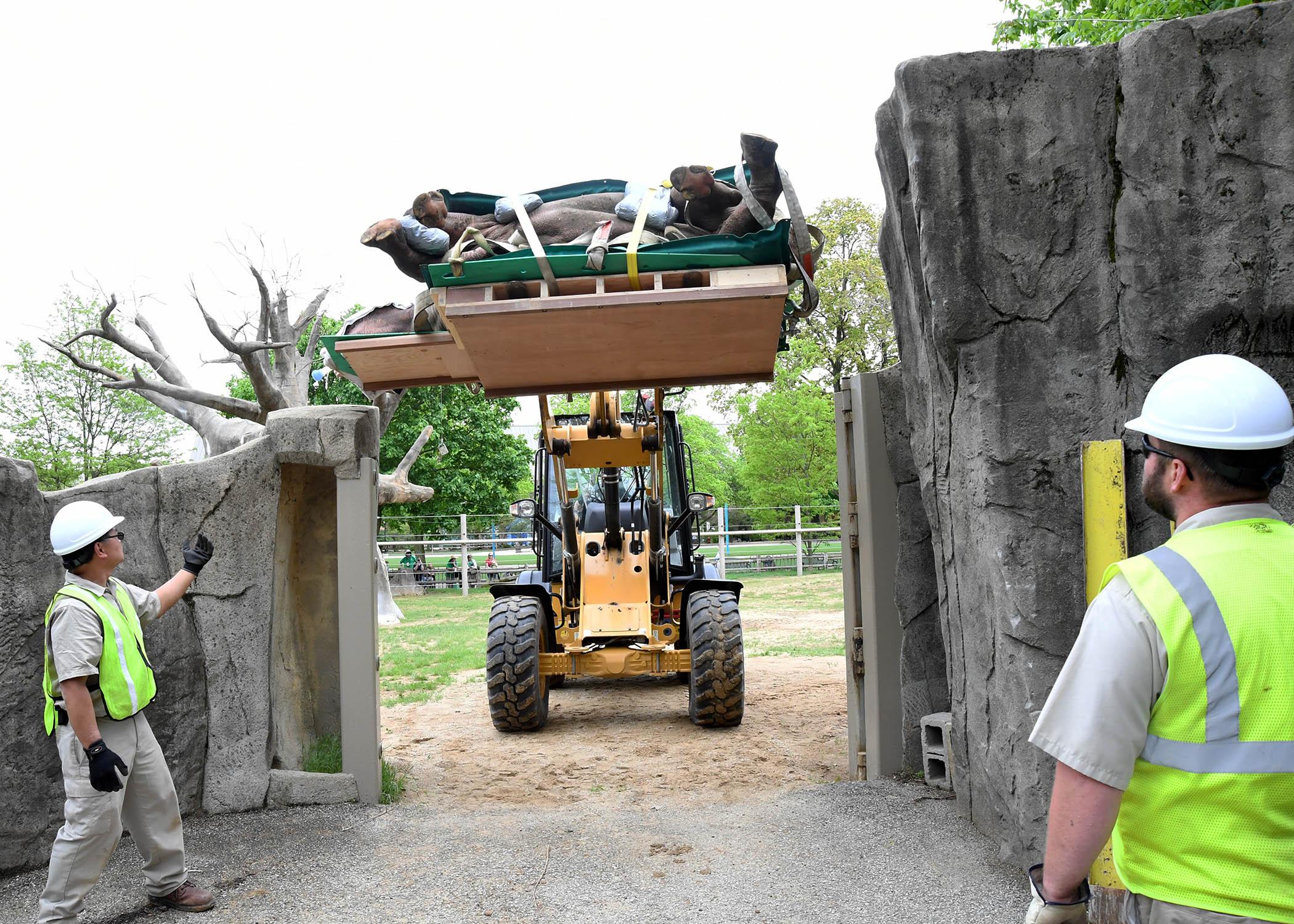 On May 7, veterinarians performed surgery to partially relieve the infection, which improved Layla’s breathing.

On Tuesday, the 7.5-year-old rhino received a second CT scan to identify the extent of the remaining infection in her nasal passageway. Immediately after the scan, veterinarians performed another surgery to further relieve the infection.

“We are very encouraged by how well Layla has tolerated the procedure,” said Dr. Michael Adkesson, vice president of clinical medicine for Chicago Zoological Society, which manages the zoo, in a statement. “In the wild, this condition would have proved fatal, but we are very hopeful that with our advanced medical care we will be able to save Layla’s life.” 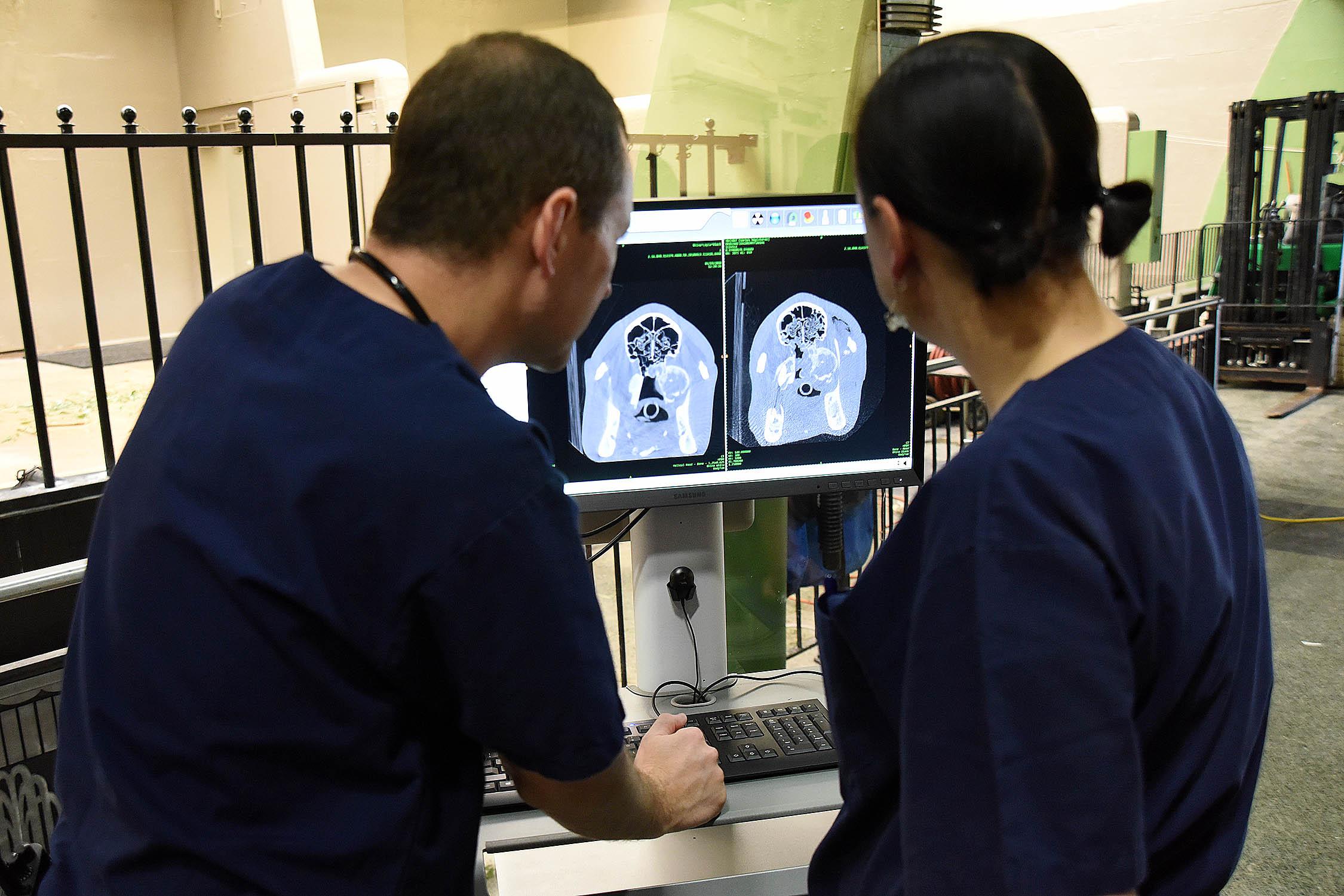 The procedure was Layla’s third operation this year. She first underwent surgery in late January after staff initially noticed that she was having trouble breathing.

To treat Layla’s infection, CZS veterinarians have been working with Dr. Chris Downs, a veterinary surgeon from the Chicago Equine Medical Center. Two veterinary specialists from North Carolina State University and a veterinary dentist from the University of Georgia have also provided expertise, the zoo said.