‘The Fox Hunt’ a Story of 4 Strangers, 3 Faiths and 1 Remarkable Escape

As a young Muslim growing up in Yemen, Mohammed Al Samawi became interested in other religions. He connected with Christians and Jews on social media and then at interfaith conferences outside of Yemen. But when his activism and promotion of interfaith dialogue brought death threats, he fled to the southern port city of Aden, which was about to become a major battleground in the Yemeni Civil War. As the war intensified, Al Samawi reached out to Facebook contacts he had met at the interfaith conferences.

What followed was a remarkable effort on the part of four ordinary young people – including one from a Chicago suburb – to secure the release of a man they barely knew.

The story is told in Al Samawi’s new memoir “The Fox Hunt: A Refugee’s Memoir of Coming to America.”

Al Samawi joins us in discussion. You can read an excerpt from the book below. 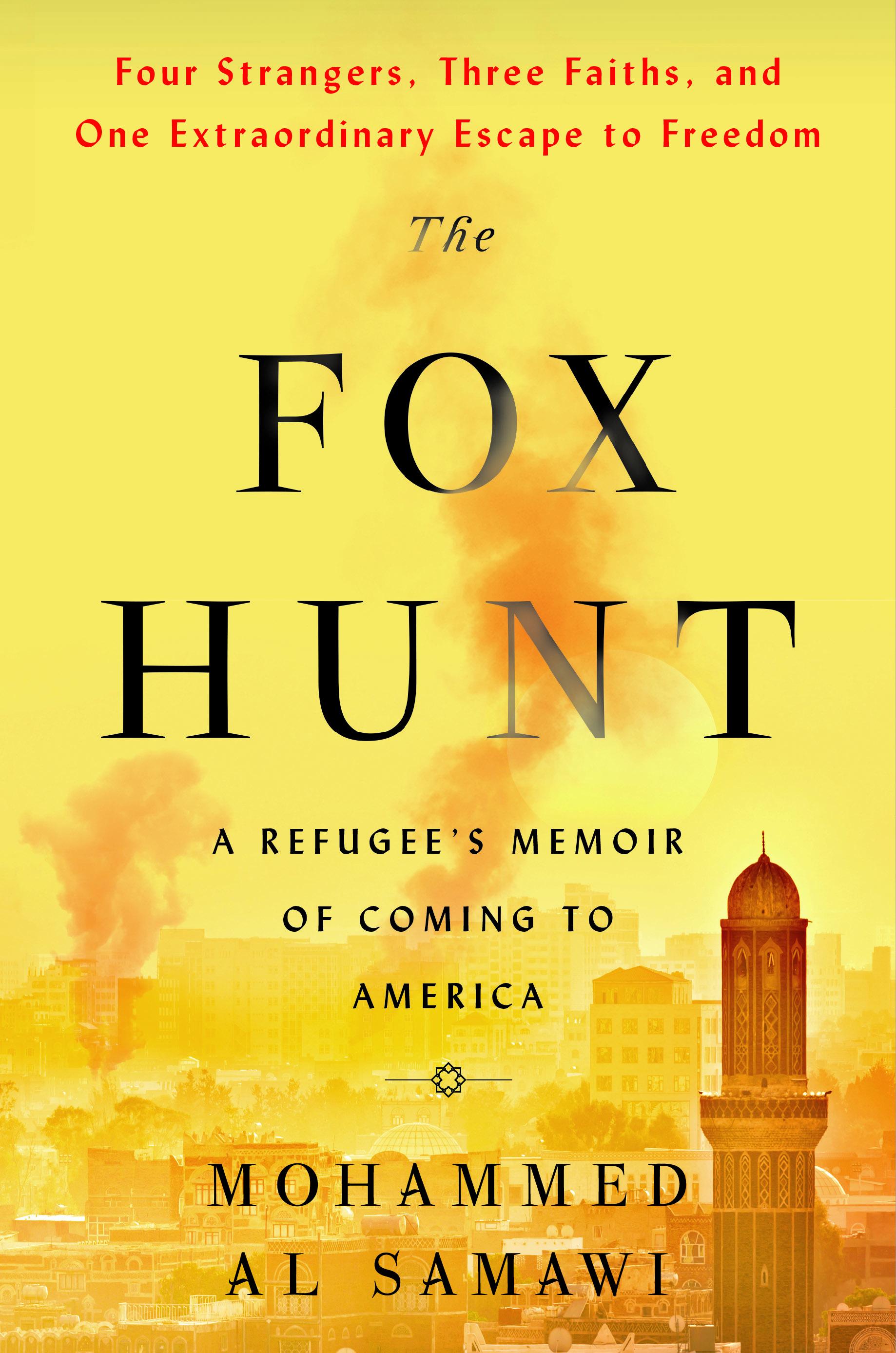 I counted my steps. Three to get from the door to the wall; two between the toilet and the mirror. My new apartment in Aden was big for one person, but I hadn’t planned on living in the bathroom. The gray‐green light from the single fluorescent bulb scattered off the mirror, blanching the walls, the ceiling, the floor. It had nowhere to go.

It was March 22, 2015, and Yemen was descending into an all‐out civil war. On one side was President Abdrabbuh Mansour Hadi and the loyalist forces; on the other were the opposition forces, the Houthis, backed by former president Ali Abdullah Saleh. The confrontation was right outside my building. Rubble‐strewn streets; soldiers and citizens shouting and firing weapons; social media emblazoned with the slogans “God is great! Death to America! Death to Israel! Damn the Jews! Victory to Islam!”

I’d spent the day in front of my laptop, curled over the screen, scrolling through emails, contacts, Facebook friends, sending messages to anyone I could think of. Help me. Please. But no one knew what to do. People needed to save themselves, their families. People sent their regrets, their prayers, but I couldn’t fly away on a prayer.

I needed to get out.

Right before midnight, I sent one more message…

Packets of data bounced from one router to another until they reassembled halfway around the world, in New York City.

MOHAMMED AL SAMAWI: Daniel, I hope everything is great in your side! I hope you still remember me . . . I thought it will be a good idea if I ask you if you can help me out . . . If you watch the news lately, you may have heard about what’s happening in Yemen. For that I am writing the following request. If you know someone who could help please let me know.

Daniel Pincus was standing by himself at the cocktail hour of a Jewish wedding in Brooklyn. Tall and energetic, with a knack for finding himself in impossible situations, he was flying solo in a crowd he didn’t know. Between the cheese and the canapes, he checked Facebook; and there was my message. He’d met me once, for two minutes, at a conference one‐and‐a‐half years prior. But, eager for something to do, he stepped into the hallway to place a Skype call to Yemen.

Meanwhile, Megan Hallahan, an American woman with big eyes and a crown of curly brown hair, was sitting in front of her laptop in her apartment in Tel Aviv. I’d met her on Facebook three years earlier, and for two weeks, she’d been trying to find a way to get me out of the country; she’d come up short and was nearly out of hope. She typed a fresh email and blasted it to yet another circle in her social network. Then she fell asleep.

Natasha Westheimer, an Australian American in Israel, was still awake answering emails when she saw a message from Megan, a girl she’d met three weeks prior at a social action conference in Jordan. The subject read: “Urgent—My Friend in Yemen.” Natasha adjusted her glasses and pushed her thick red hair behind her ears. She would be attending Oxford University in the fall to pursue a master’s degree in water science. She knew about filtration, not exfiltration. But after only the briefest pause, she hit reply.

Across the Atlantic, Justin Hefter, a recent Stanford graduate, was in Utah skiing. After a night out with the guys, he crawled into an Uber to the airport and checked his email.

I’m sorry to bother, but my friend’s life is in danger and he needs an excuse, any excuse to get out of Yemen—he will go anywhere and do anything as long as he is able to meet his basic survival needs. Any idea or contact will help, please pass the word along as far as possible and let me know of any thought you may have.

Justin dug through his wallet until he found the business card of the only person in Yemen he knew: a twenty‐something‐year‐old he’d met briefly at a conference. He shot off an email:

Hey Megan, Mohammed Al Samawi lives in Yemen. He may have some ideas of how to help your friend . . . You can reach him on Facebook!

Within hours, Megan snapped off a reply:

They were talking about me. I am that Mohammed. Over the next thirteen days, these four young people would come together to save my life. Near‐strangers to one another, with exactly zero experience in extraction or military strategy, they’d come to depend on the only tool they had: social media.

‘Daughter of the Cold War’ on George Kennan, Russia and Remarkable Life