Move over, lakefront: Mayor Rahm Emanuel says Chicago is about to become a two-waterfront city.

The mayor on Monday unveiled plans to expand riverfront access, bike trails and parks along the Chicago River. But some aldermen say the mayor is squandering an opportunity to really expand green space in the city.

The mayor is vowing to extend a public riverfront trail from Lake Street in the Loop all the way to Ping Tom Park near Cermak Road in Chinatown. It’s an ambitious goal that Park District Superintendent Mike Kelly says will be made possible because of an ordinance that requires all new developments to have a 30-foot setback for riverfront space. The goal is to do this with limited public funds. That being said, the mayor did not specify a timeframe to get this done. In the last year, private developers have unleashed a group of mixed development proposals along the south branch of the river, including a public-private University of Illinois scientific research space.

The city is also planning to finish extending the Riverwalk east from State Street to the lakefront. The plans were part of an address the mayor gave Monday called “Building on Burnham,” which aggregated plans that have already been announced. He says the Riverwalk has been built largely without tax dollars, as revenues from the businesses along it have paid back a no-interest federal loan the city received. And he says it is impacting private development, and as an extension, the city’s economy.

“The Riverwalk did not cost Chicago taxpayers a single dime, it is making money for Chicago taxpayers,” Emanuel said. “The riverwalk and boathouses are just the beginning. They are the initial down payment on our vision of the river as a new park.” 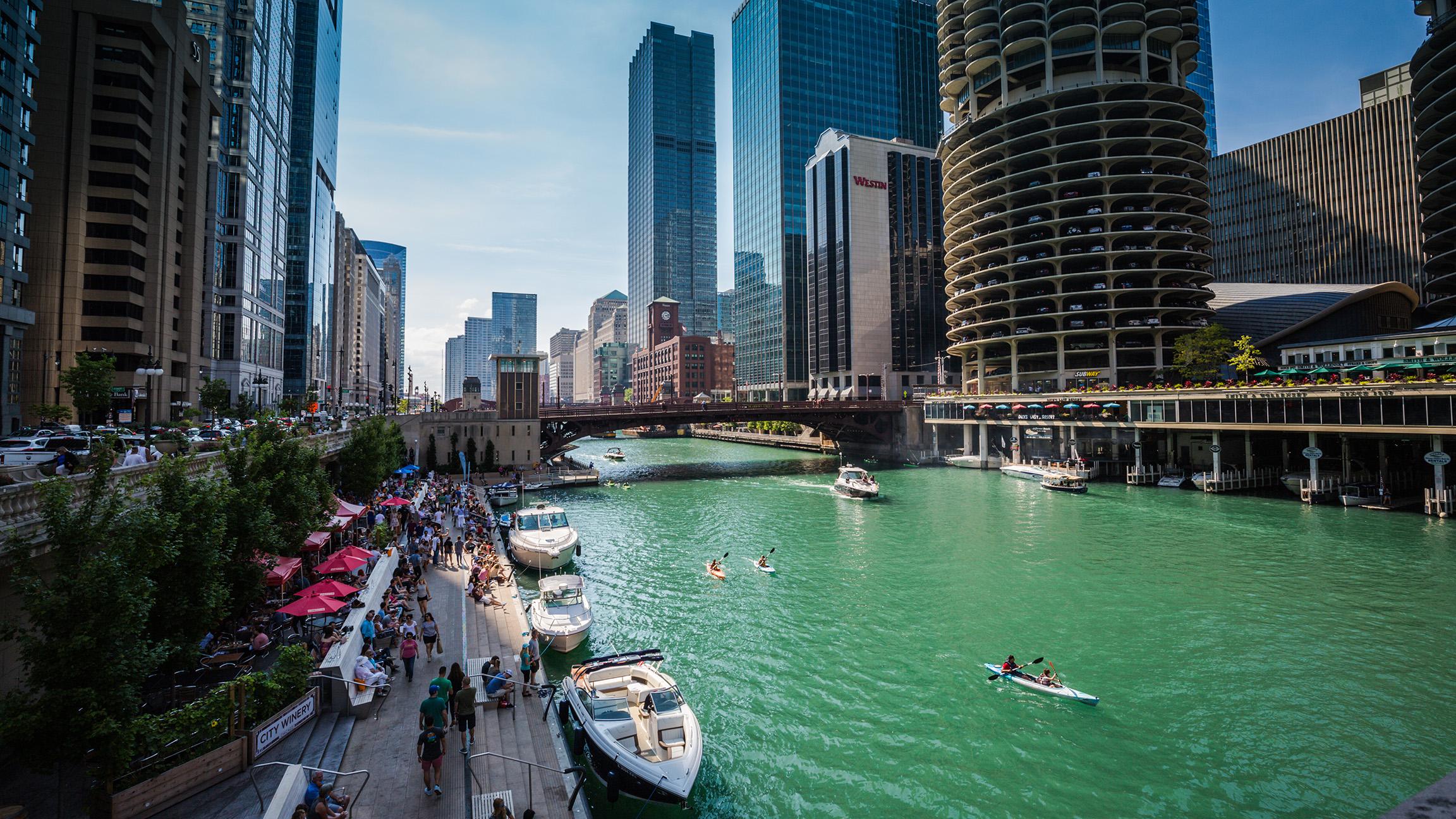 But some aldermen are concerned that the mayor is not doing enough to promote the riverfront. The dispute has to do with the North Branch Industrial Corridor – a large swath of the river from around Chicago Avenue through the old Finkl Steel site in Lincoln Park – part of which is proposed to become the Lincoln Yards development. A massive plan has been considered by the city’s plan development commission for mixed use office, residential and recreational space along property that used to be industrial. The area is one of the proposed sites to lure Amazon’s second headquarters to the city. The problem, say Alds. Michele Smith and Scott Waguespack, is that they believe the mayor is squandering the opportunity to build a massive new park in a densely populated community that is crying for it.

They have unveiled their own plans and say they go further than what the city is proposing – which is riverfront space and an extension of the 606 trail – to include new nature preserves, baseball and soccer fields. Smith says if the mayor truly wants to build on Burnham, he should consider this plan.

“When building essentially a whole new ward over 50,000 people, there has to be a major new park that honors the vision in this plan,” Smith said. “We believe its financial possible, economically desirable and really a once in a lifetime opportunity that if we don’t take it now, we’ll miss it forever.”

The mayor also announced Monday that long-awaited plans to separate the lakefront path into bike and running paths, and the completion of the Navy Pier flyover, will be complete by November.