Nagy, 39, becomes the 16th head coach in Bears history and replaces John Fox, who compiled a 14-34 record during his three-year tenure.

Nagy has spent several seasons under the tutelage of Kansas City and former Philadelphia head coach Andy Reid. He began with the Eagles as a coaching intern in 2008 and eventually followed Reid to Kansas City before becoming the Chiefs quarterbacks coach in 2013.

In 2015, he was promoted to co-offensive coordinator and then became the sole offensive coordinator in 2017. He is credited with helping revive the Chief’s offense after taking over play calling duties from Reid. The Chiefs finished this season ranked sixth in the NFL in points per game, seventh in passing yards and ninth in rushing. Nagy worked closely with Chiefs quarterback Alex Smith, who has a 65-percent completion rate as a quarterback in the five years the two have worked together.

All eyes are now on Fangio, who has steadily revived the Bears defense after three years as coordinator. His contract is up on Tuesday, and the Bears have reportedly been interested in retaining him in his position. Pace will likely be working around the clock to make that happen before appearing before the media at a scheduled news conference on Tuesday. 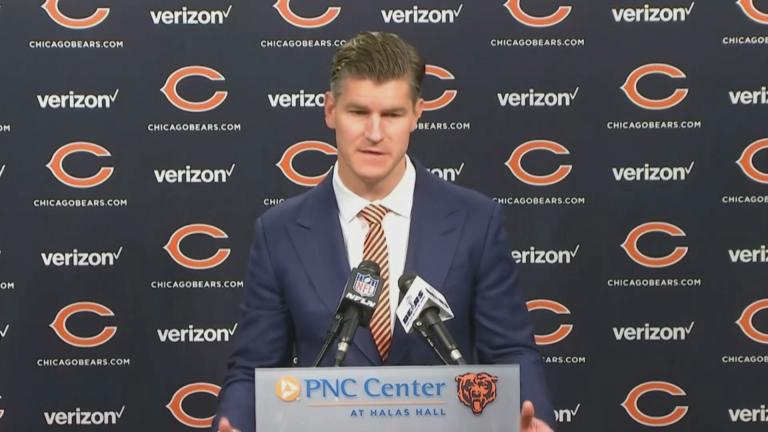 Jan. 2: The Bears are in the market for a new head coach for the third time in six years. We take a look at the top candidates.

Nov. 1, 2017: Otis Wilson was a key member of the Chicago Bears 1985 Super Bowl team. He joins us to discuss his new book “If These Walls Could Talk: Stories from the Chicago Bears Sideline, Locker Room, and Press Box.”

Oct. 26, 2017: Youth football seems to be taking a hit. We speak with a Daily Herald investigative reporter about steep declines in high school football participation.

Bears Coach Nagy Says He Has Tested Positive for COVID-19