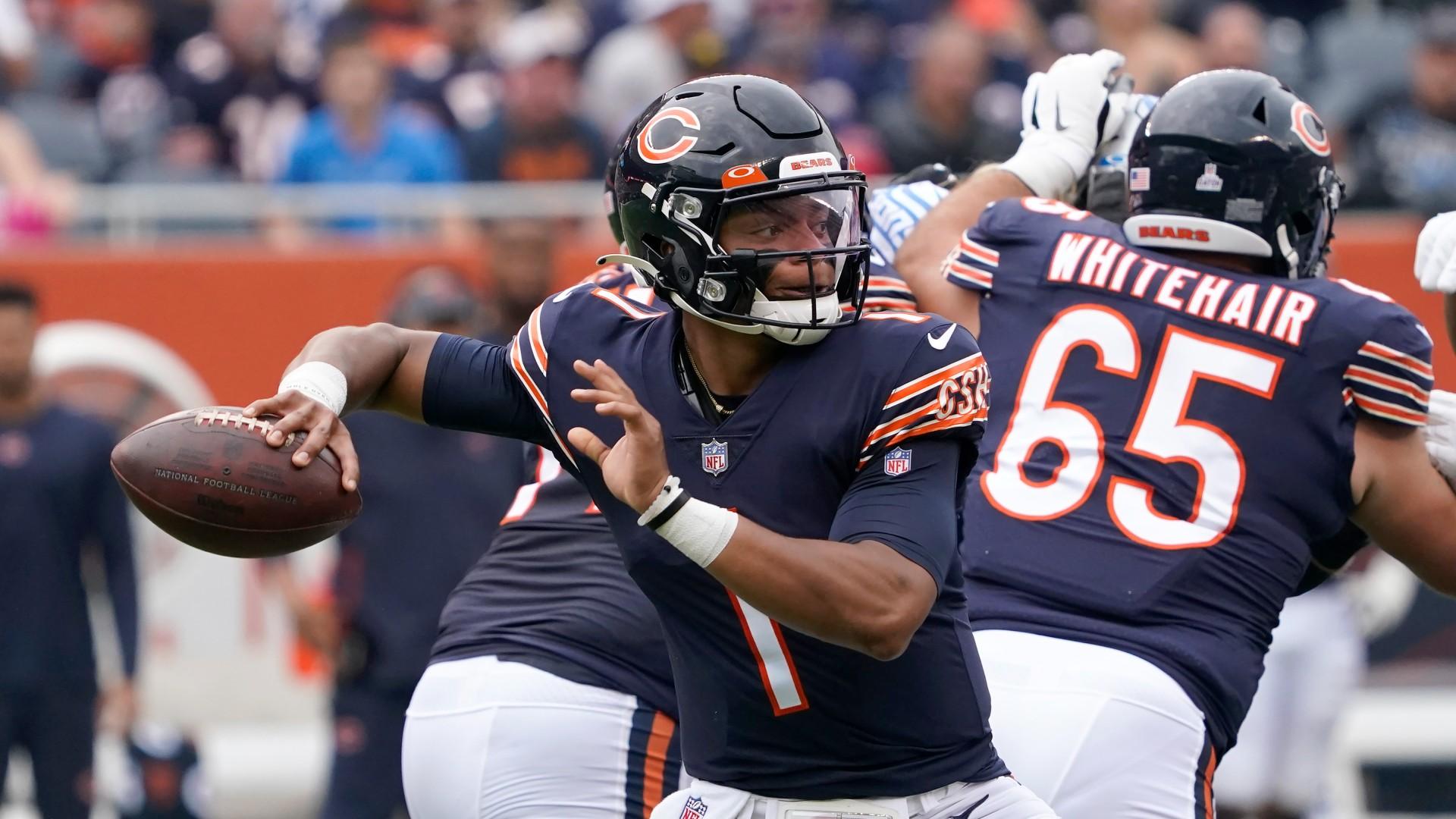 Nagy has changed his mind and on Wednesday made Fields the team’s starting quarterback going forward.

“Continuing that process this week it’s led to making the decision to move with Justin as the starter.”

On Monday, Nagy had said Fields was still the backup and playing only because of Andy Dalton’s knee injury. But on Tuesday he told both quarterbacks of the change and announced it Wednesday. Dalton will return to practice this week after suffering a bone bruise to his left knee and will be the backup.

“And I think my teammates believe in me, so just grateful for the opportunity and just trying to get ready to work.”

Fields experienced a dreadful start, going 6 of 20 for 68 yards and taking nine sacks in Week 3 against Cleveland. In his first home start on Sunday he completed 11 of 17 passes for 209 yards, including a 64-yarder to Darnell Mooney.

“We’ve been patient with this, we’ve grown with him, we’re proud of Justin,” Nagy said. “He’s been a great teammate from the very beginning.”

The Bears signed the veteran Dalton in free agency and traded up to No. 11 from No. 20 in the first round of the draft to pick Fields, and Nagy had said all along the job was Dalton’s until coaches felt Fields was ready.

Then came the knee injury to Dalton in the first half against Cincinnati in Week 2.

“The plan and the process that we had going into this was important to understand, and then when Andy unfortunately got hurt with his knee, that sped the process up,” Nagy said.

Dalton also had said he was promised the starting job this year, although nothing was ever said about how long he would keep that job.

Nagy cited the way Fields bounced back with a strong effort against Detroit last Sunday as key to the decision after he had a poor game against Cleveland.

“There’s a lot of guys that might not have come back from that,” Nagy said. “That was tough, but that just shows who he is.

“All of us, just knowing and seeing what he’s about, and then that trust. You know, Justin has earned that trust with us. Now, that’s kind of why we went that way.”

Telling Dalton had to be a difficult discussion for Nagy, considering he’d been promised the starting job and only made two starts.

“It’s not easy,” Nagy said. “And so there’s that part of this and I just appreciate the way that he’s handled everything, and so he’s as special as they get, and I’ve been around a lot of special guys.”

Fields’ parents were at his home and wanted to celebrate the news when he told them Tuesday of the promotion. He told them to go out to celebrate, but he would stay home because he had work to do for the Raiders game.

“But yeah, they went out without me,” he said. “I was just home with my dog, Uno, watching film last night. So that’s all I was doing.”