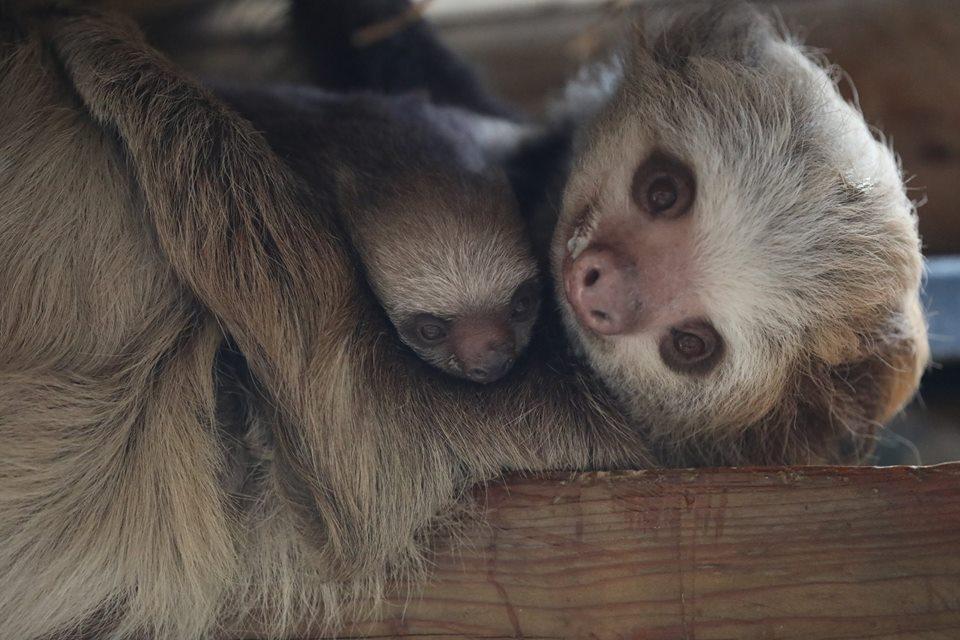 It’s the day we’ve all been waiting for, so let’s say it together: Happy International Sloth Day!

In case you didn’t know Oct. 20 marks the day of the furry, slow-moving animals—or anything else about them—we checked in with Lincoln Park Zoo General Curator Dave Bernier to learn about the zoo’s four Hoffmann’s two-toed sloths, which you can visit at the Regenstein Small Mammal-Reptile House.

There you will find a young female sloth, Asyan, along with breeding pair Carlos, 34, and Hersey, 23, who have produced quite a few offspring and have both lived well past the average life expectancy of 15 years for their species, Bernier said. Last year, Carlos and Hersey welcomed Luigi, who recently moved in with a couple of tamarin monkeys in the zoo’s Helen Brach Primate House.

Once fully grown, Luigi will weigh about 12 pounds and reach 27 or so inches in length, the average size for Hoffman’s two-toed sloths. The species has grayish-brown fur and a pale face, and its hair often appears green due to the growth of a symbiotic algae.

These mammals spend a majority of their lives upside down in the treetops of Central and South America, from Nicaragua to central Brazil. They eat, sleep and even give birth while hanging from their claws, which are made to grasp limbs and clamp down without causing much stress.

“It’s almost like a relaxed position where they can hang without putting a lot of pressure [on their claws],” Bernier said. “They’re like hooks. They’re able to hang pretty easily. It’s like us standing.”

Given that sloths spend so much time hanging upside down, Bernier said they have developed a uniquely strong collarbone to support the weight of their heads.

The two-toed sloth is nocturnal and feeds mostly on leaves and fruits. Bernier said the zoo’s sloths have adjusted slightly to humans’ schedules because of their feeding times.

“In order to get them to stir, they need an incentive,” Bernier said. “Usually, it’s food. They like to eat. They eat mostly leaf material. We feed them a variety of greens and some vegetables and very little fruit.”

What do visitors typically think of these furry creatures? Like with some of the zoo’s more obscure animals, visitors’ impressions often change after seeing the sloths up close, Bernier said.

“Just the name itself, it conjures in the mind a slow-moving animal,” he said. “So they think of an animal that might be kind of ungainly. But once they see one … they’re very unusual looking. They have a thick hair coat. They have long limbs and a long neck that can have their head move around in interesting positions. So I think once they see one, they’re kind of fascinated. They look very different than other mammals do. And them being upside down [is unique].”

Bernier also noted that visitors and fans can support expert animal care for Hoffman’s two-toed sloths by participating in the zoo’s A.D.O.P.T program. 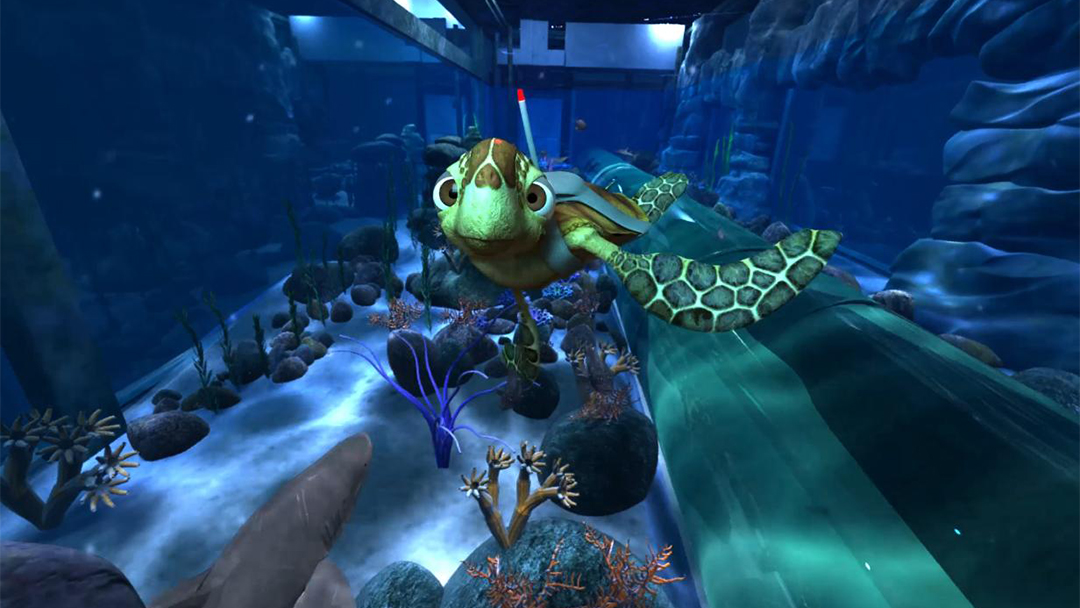 Oct. 18: A new experience is coming this fall to Lincoln Park Zoo which will allow visitors “dive” into the ocean and explore landscapes and wildlife at the North and South Poles or in deep ocean waters. 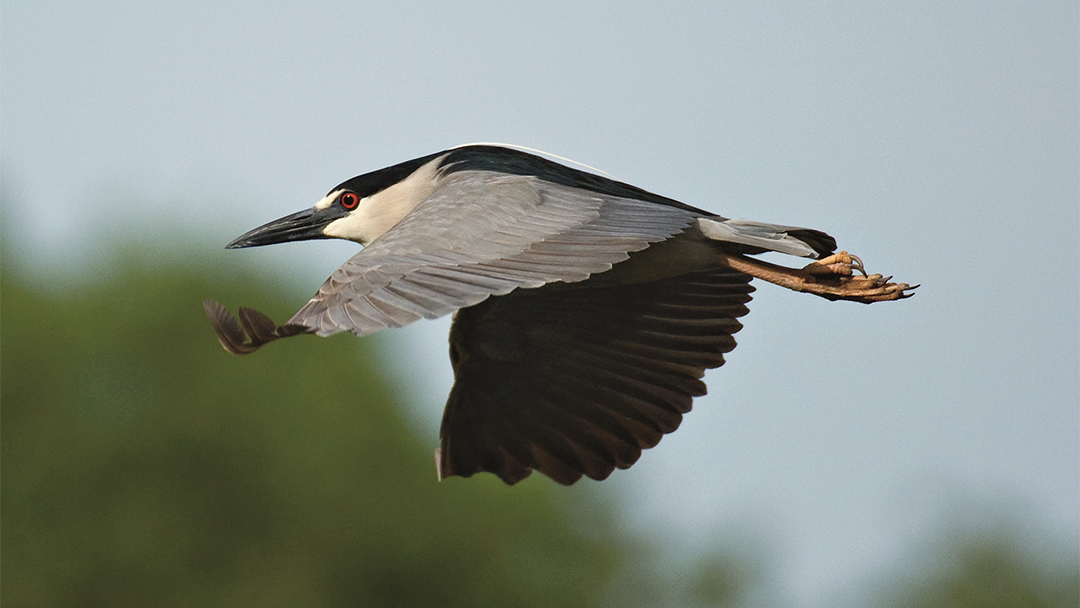 Oct. 11: The black-crowned night heron is one of the rarest birds in Illinois. Lincoln Park Zoo now hosts a colony of more than 600 herons, but things have getting a bit crowded. 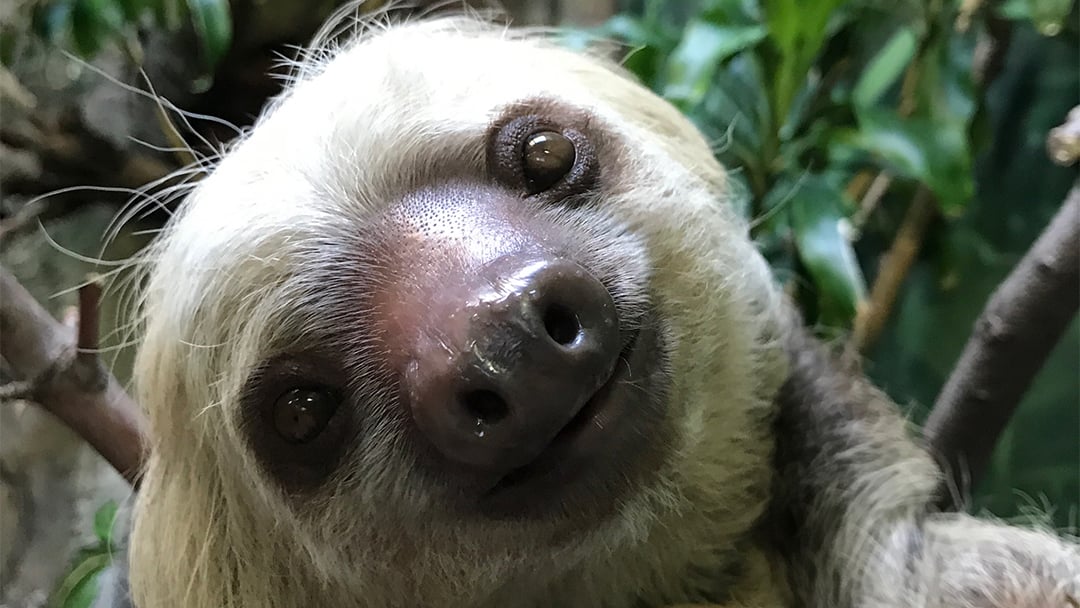 Sept. 11: Luigi, a 1-year-old Hoffman’s two-toed sloth, is getting settled alongside his new primate neighbors in a mixed-species exhibit.