Chicago has a new nonprofit investigative news outlet. The Pulitzer Prize-winning website ProPublica, based in New York, has opened its first regional newsroom: ProPublica Illinois. The website officially launched on Oct. 10, 2017 with the publication of “How Chicago Gets Its Guns.” ProPublica Illinois reporter Mick Dumke, formerly with the Chicago Sun-Times, takes readers inside the world of gun trafficking, through following one particular case.

“I think there has been a sea change in journalism when it comes to media outlets working together. You’ll see this not just at ProPublica, but other organizations are teaming up as well. Of course reduced resources is a big part of it, but there’s also a recognition that you can impact more people with a story if you work together,” she said.

Kiernan’s career includes 18 years with the Chicago Tribune and six years on the faculty of Northwestern’s Medill School of Journalism. “I really enjoyed teaching. But I still always missed the newsroom,” says Kiernan. “I felt if the perfect position ever came along I’d consider going back. I’d long admired ProPublica as an organization and think the model is truly innovative. I think this is the best time during my life time to be an investigative journalist. There’s a hunger to read it and hear it.”

Unlike most media outlets, ProPublica is a nonprofit news source, raising money from foundations and individuals. 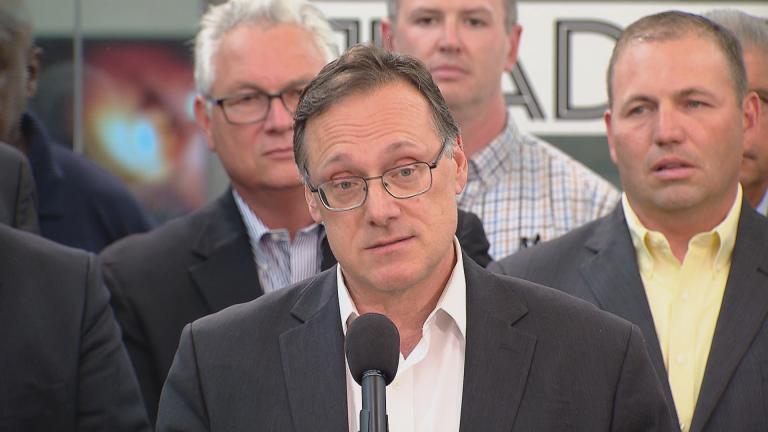 July 18: Learn more about the new CEO and the unlikely group that just purchased the beleaguered Chicago Sun-Times.

Nov. 21, 2016: The pope endorses Donald Trump. Michelle Obama unfollows Hillary Clinton on Twitter. These days fake news is making real news. Could you be spreading lies on your Facebook feed?