Is my house too clean? Should I get a dog? Is it okay for my child to eat dirt?

For many parents, questions of hygiene and health weigh heavily on their minds. A new book argues that a fixation on cleanliness won’t lead to healthier children. It’s called “Dirt is Good: The Advantage of Germs for Your Child’s Developing Immune System.”

One of the book’s co-authors, Jack Gilbert, joins Chicago Tonight for a conversation. He’s a professor at the University of Chicago’s Department of Surgery and faculty director of its Microbiome Center.

Below, an excerpt from “Dirt is Good.”

That’s just one of the many questions we’re bombarded with every day from parents all over the world who are worried about their children’s health and confused about what they’re reading on the Internet.

Why are they asking us? 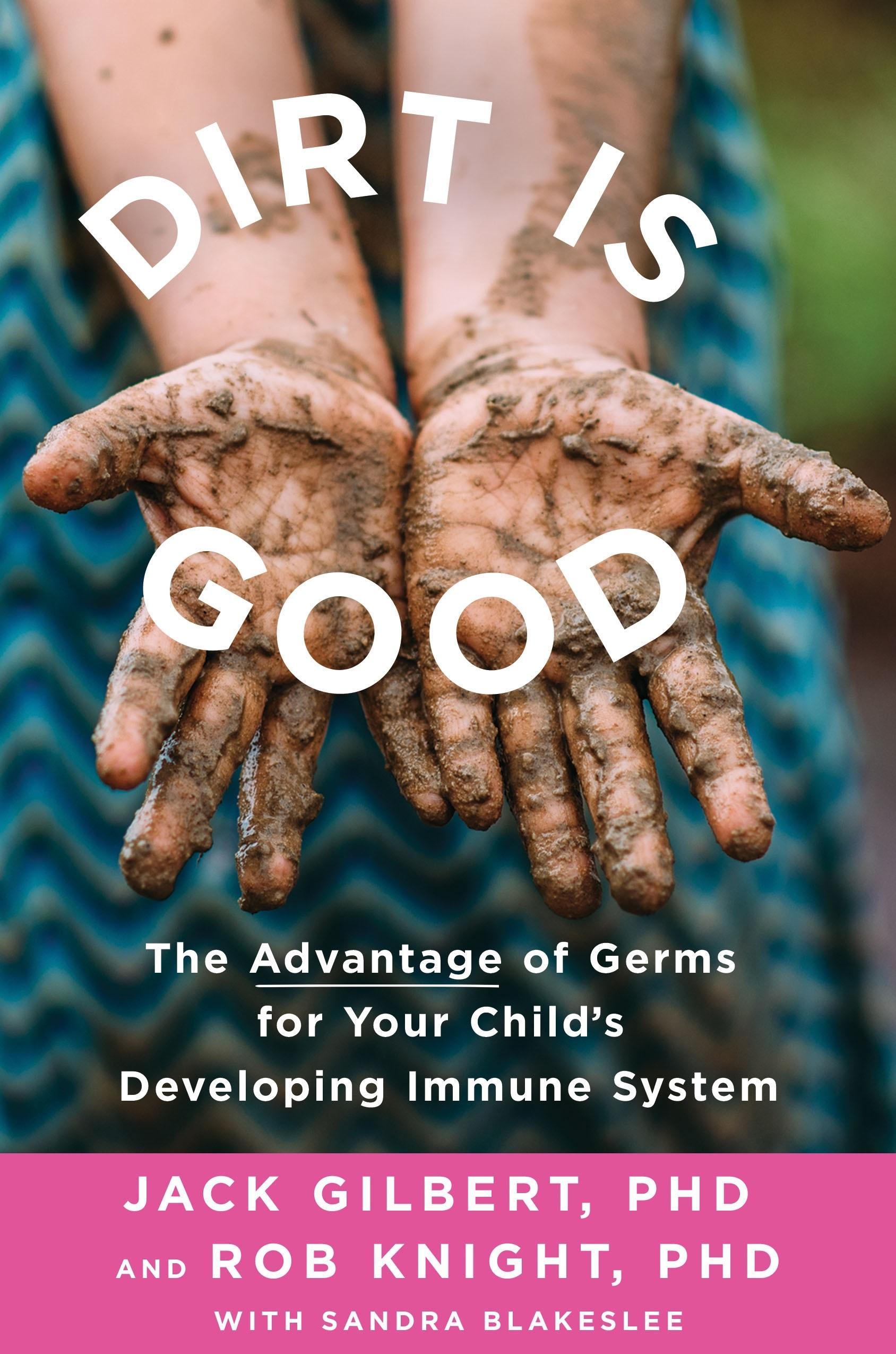 Because we’re two of the scientists leading the investigation of the human microbiome. That’s often misunderstood as meaning “germs,” but it’s really the community of friendly microbes that populate the human body, as well as a few that, in the wrong context, aren’t so good. This diverse multitude of tiny, invisible creatures helps us out in all kinds of ways, such as digesting food, making vitamins, protecting us from diseases, sculpting our organs, tuning our immune systems, and even shaping our behavior.

The notion that most bacteria, or germs, are intrinsically bad—and must be killed by any means possible—is widespread. But it’s wrong, dangerously wrong. New methods of studying the microbial world reveal that most of the bacteria we encounter on a daily basis, and those that reside in and on our bodies, are not just friendly but even essential for keeping us alive. We exterminate them at our peril. In our zeal to vanquish all those classical plagues, we have inadvertently unleashed a Pandora’s box of modern plagues—the array of slow-killing, miserable, chronic health problems that have become prevalent across the modern world: obesity, asthma, allergies, diabetes, celiac disease, irritable bowel syndrome, multiple sclerosis, rheumatoid arthritis, and many others.

The science of the microbiome is leading to fascinating discoveries, and in just the last few years it has gone from a wonkish subfield of biomedical research to a topic of intense public interest. You’ l find it lionized in magazine and newspaper articles, TED talks (including ours), documentaries, radio and television talk shows, podcasts. And of course, it seems ubiquitous on the Internet, where it is inducing an enormous amount of hype and misinformation—and adding to the confusion and anxiety of parents who want to do the best for their young children.

Because of our expertise, we find ourselves being asked for our advice from all sorts of people in all sorts of situations.

After hearing a talk on the role of family dogs and a healthy microbiome, an audiovisual technician ap roaches the lectern. A bit nervously, he says, “My son loves our local playground, especially the sandbox and the jungle gym. He wants to go there every day. But the place lo ks filthy to me. I mean, gum wrappers, dog poop, pigeons everywhere. Should I worry about him catching a disease?”

After engaging in a short conversation about work, a balding taxi driver turns his head around and shoots a pained expression. “Oh my god, maybe you can help me. My son has diabetes. He’s extremely overweight and he’s only three. My wife and I don’t know what to do.”

A janitor at work stops us in the hall with a concerned look. “We’re supposed to use antibacterial products on everything we clean, but is that a good idea? I work in two elementary schools and I have a five-year-old at home.”

The questions pop up even when we’re not being recognized scrutinizing shelves of probiotics turns to ask, of anyone, “Do you have a clue as to which of these brands really work? My little girl has diarrhea. She’s not getting better. I’m frantic!”

We can relate. In raising our own children, we have dealt with numerous frightening episodes where their health was challenged and we didn’t know what to do, starting with birth itself. Each of our firstborns experienced rather terrifying (or at least we thought so at the time) events in the delivery room.

Jack’s son, Dylan, was born in his own meconium, the dark greenish excrement produced by newborns. Because he had popped in the birth canal, he was immediately given antibiotics and was kept in the hospital overnight for observation.This was done as a precaution against the possibility he had inhaled some of it, which in his new lungs could have caused a nasty infection. Dylan had multiple bouts of diarrhea by the time he was six months old and later suffered several flares of a yeast infection, or thrush, a l over his body. This rash has raised white patches on a scarlet background. He had ear infections and developed a cry that always sounded like a bark or a cough. At age six, he was diagnosed with high-functioning autism, now increasingly linked to the microbiome.

When Rob’s unborn daughter went into distress after a prolonged labor, the anxious parents reluctantly consented to a cesarean section. But they were not about to give up entirely on a vaginal delivery, which Rob’s research strongly suggests confers benefits on newborns. An hour later, after the hospital staff had left them in their room alone, Rob puled out some cotton swabs. Using these, he collected vaginal fluids from his partner Amanda and transferred them to his daughter’s mouth, nose, ears, face, skin, and perineum. He inoculated her with her microbial birth-he had knowledge of the best available scientific evidence about what would be good for his newborn; he had even participated in that discovery. 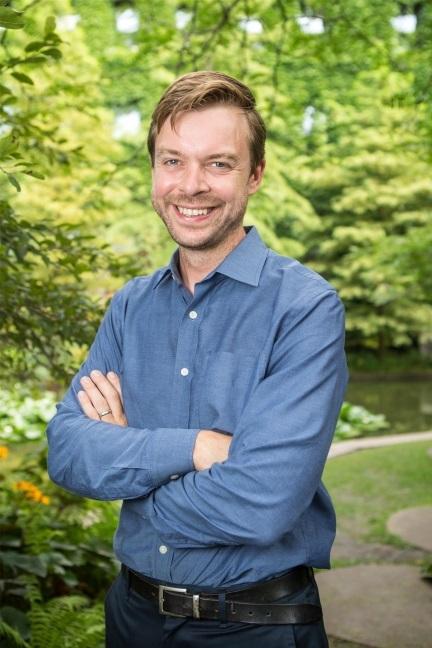 Jack Gilbert (Credit: Nancy Wong) Our goal in this book is to present you, to , with the best scientific advice available about the microbiome and your children’s health and development. What procedures, drugs, foods, environmental exposures, and everyday practices can help or harm your children early in life? What can you do to protect their health and development? What works and what doesn’t? How will you know if your child is heading in the right or wrong direction? What is being hyped and whom can you trust?

Not being medical doctors, we can’t give medical advice. But as scientists who together have been involved in generating a substantial amount of the data that underlie the research that is now relied upon by physicians and other medical clinicians throughout the world, we can offer evidence-based answers to your questions and reliable ways to think about microbes and health. We answer these questions, where possible, with information about clinical trials performed in humans. However, of- ten it’s not possible or ethical to do the definitive experiment in humans, and in those cases we rely on a combination of observational studies (looking at differences between groups of people) and experiments in animals or in test-tube settings. Often, an observation in people (for example, that lean and obese people have different microbes) leads to detailed experiments (say, that mice given a particular microbe isolated from lean people will slim down itself). In general, this translation from bench to bedside allows us to know a lot more in terms of biological mechanisms than would be possible if we looked only at human studies. However, it’s important to remember that the translation isn’t always perfect.

After a brief explanation of microbes and the human microbiome, we’ve organized this book to follow your child from pregnancy through birth and infancy, and then the toddler and preschool years. We pay special attention to medical conditions, assessments, and interventions that cut across those ages. Within each section, we answer the questions we are most commonly asked. You’ l find that answers often lead right into the very next question you were about to ask, as well as its answer. We’ve tried our best to turn this book into a conversation, as if we were in the room with you.

From DIRT IS GOOD by Jack Gilbert, Ph.D., Rob Knight, Ph.D., and Sandra Blakeslee. Copyright © 2017 by the authors and reprinted with permission of St. Martin's Press, LLC. 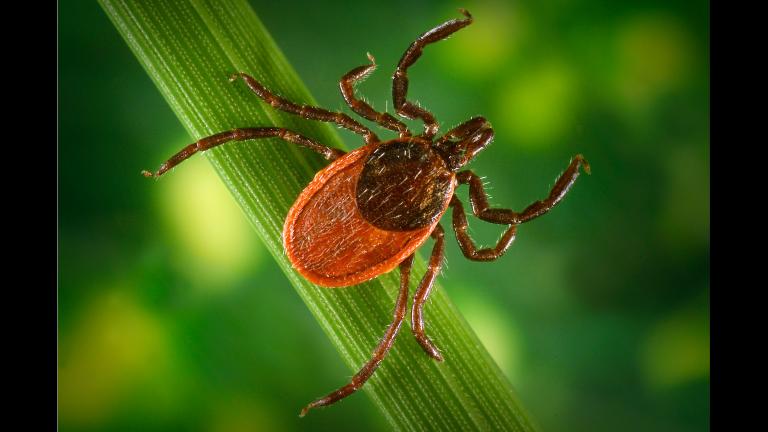 June 15: Experts are predicting an increase in tick-borne diseases like Lyme disease this season. Find out how to protect yourself—and what to do if you get bitten by a tick. 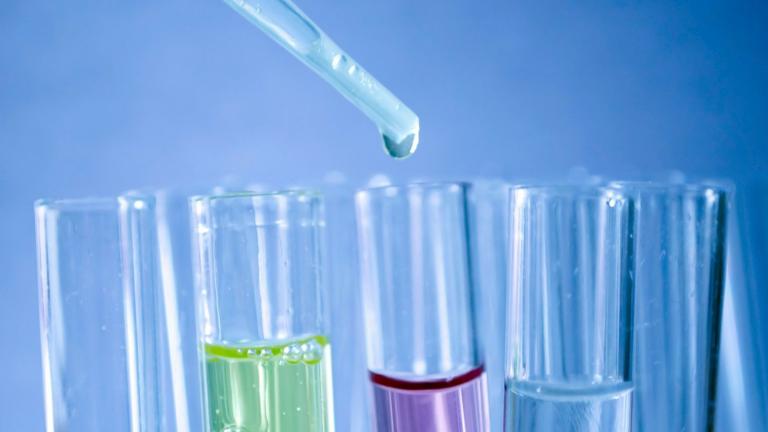 May 24: Harnessing the power of the human body to prevent illness – that’s the goal behind a $100 million gift to the University of Chicago Medicine. 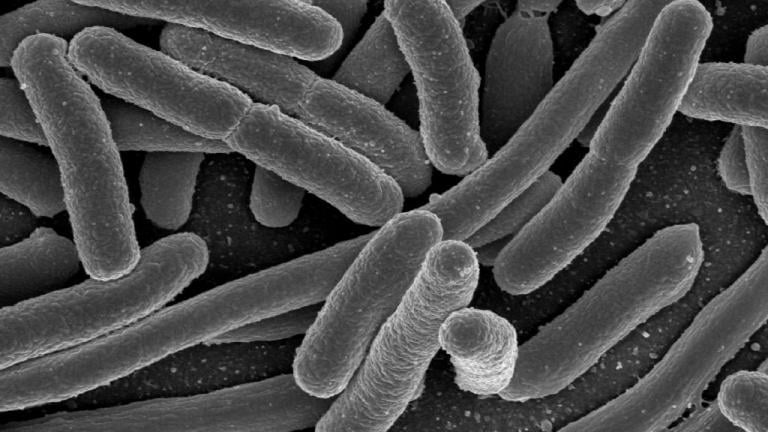