What the US Can Learn from Southeast Asia

Fifty years ago, five nations in Southeast Asia formed an alliance to prevent the spread of communism and spur economic growth.

The Association of Southeast Asian Nations, or ASEAN, is now a 10-nation strong benchmark for how culturally diverse countries can unify to promote peace and mutual economic prosperity.

The first five nation states to form ASEAN on Aug. 8, 1967, were Indonesia, Malaysia, the Philippines, Singapore and Thailand. Since then, Brunei, Cambodia, Laos, Myanmar and Vietnam have joined the alliance.

The political partnership’s enduring success is partly due to the mutual respect ASEAN countries have for the region’s diverse cultural norms.

While none of the 10 member states have engaged in conflict with each other since ASEAN’s founding, the alliance still faces regional obstacles, such as North Korea’s nuclear program and the ongoing maritime conflicts on the South China Sea.

In their book “The ASEAN Miracle: A Catalyst for Peace,” authors Kishore Mahbubani and Jeffery Sng argue the regional organization deserves to win a Nobel Peace Prize for its half century of harmony and prosperity.

Chicago Tonight’s Carol Marin sits down with former Singaporean diplomat Mahbubani to discuss the achievements of ASEAN and what the Western world can learn from the alliance.

Mahbubani will be speaking at the Chicago Council on Global Affairs on Thursday night.

Below, an excerpt from “The ASEAN Miracle: A Catalyst for Peace.”

Traditionally, it has been America’s role to provide a beacon of hope for humanity. In many ways, despite the troubling election of Donald Trump, America will continue to do so. But the American model of handling cultural differences is to create a melting pot in which all differences disappear and a single American identity emerges. Our world will never become a melting pot. Indeed, with the ongoing resurgence of different Asian civilizations, the need is to handle a world of greater, not less, diversity. 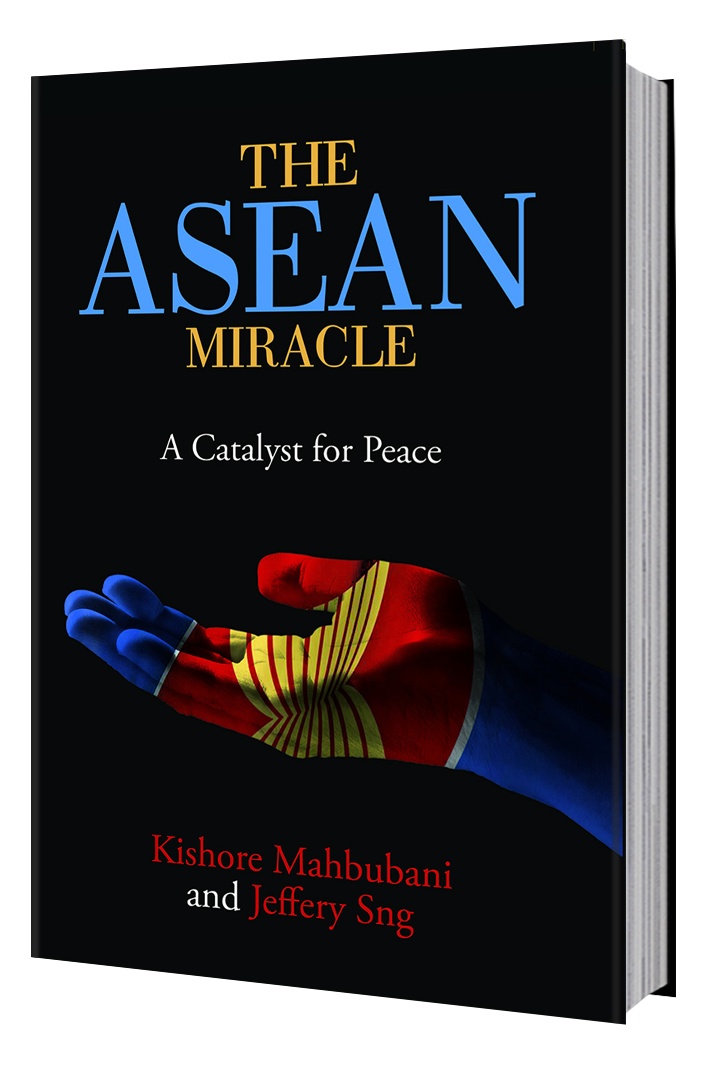 This is why ASEAN, the only truly multi-civilizational regional organization in the world, can serve as an alternative beacon of hope. As the world moves away from two centuries of dominance by Western civilizations and towards a multi-civilizational world, ASEAN provides a valuable model for how very different civilizations can live and work together in close proximity. No other region can act as a living laboratory of cultural diversity, so the whole world has a stake in the success of ASEAN. Every day and every year ASEAN succeeds provides a valuable beacon of hope.

The importance of demonstrating that different civilizations can work together has become more pressing as there is growing global pessimism, especially prevalent in the West, that different civilizations cannot cooperate with one another. The pessimism became all the more acute after the killings by jihadist terrorists in Paris on 13 November 2015, in California on 2 December 2015, and in Brussels on 22 March 2016. A number of sophisticated Western pundits began to suggest publicly that the Harvard scholar Samuel Huntington may have been right when he predicted a “clash of civilizations”.

Responding to this growing pessimism in the West, in the May/ June 2016 issue of Foreign Affairs, Kishore co-authored an essay with Larry Summers—the former US Treasury secretary and former president of Harvard University— titled “The Fusion of Civilizations”. In this essay, the authors use “fusion of civilizations” to refer to the areas of commonality between the great world civilizations, driven by the spread of a modern outlook originating in the West that relies on science and rationality to solve problems.

The facts make it clear that the world is experiencing a fusion rather than a clash of civilizations, and the essay explains ways in which the world is becoming a far better place as a result of this process. Steven Pinker has documented a dramatic long-term decline in conflict and violence. The world’s infant mortality rate decreased from an estimated 63 deaths per 1,000 live births in 1990 to 32 in 2015. This translates into more than four million fewer infant deaths each year. Globally, middle-class populations are growing by leaps and bounds.

Empirical evidence alone is not enough to convince the world that the dominant global dynamic is a fusion of civilizations. The world also needs to see that the process is actually happening, and ASEAN can provide this evidence because it demonstrates on a daily basis that different civilizations can coexist and cooperate on the basis of what they have in common, while working around their differences. Given the deep pessimism in the West and the growing distrust of Islam, the success of Malaysia and Indonesia provides hope that the Islamic world can continue to modernize. Their success also demonstrates that Islam is compatible with many modern Western values. For example, Malaysia has created one of the best universal health coverage schemes in the developing world, and women outnumber men 65 per cent to 35 per cent in Malaysian universities.

Indonesia is the world’s most populous Islamic country, with a population of 250 million. It is also the most successful Islamic democracy. Its two most recent presidents, Susilo Bambang Yudhoyono and Joko Widodo, have been committed to integrating Indonesia into the modern world. Nahdlatul Ulama, Indonesia’s largest Muslim organization (with 50 million members), is taking up the challenge to promote moderate Islam to the world. If the 250 million people in Indonesia continue along this trajectory—and they are likely to do so—they will demonstrate that the positive impact of the fusion of civilizations is also working well in the Islamic world.

With its hugely diverse population of 625 million people, ASEAN serves as a microcosm of the diverse global population, where seven billion people are being squeezed daily into what is literally becoming a global village. Many in the West question whether we can live together in peace in this tiny global village. The ability of Christians and Muslims, Hindus and Confucianists, Taoists and Communists to live and work together within the ASEAN family provides daily proof to a skeptical West that this is possible. This may well turn out to be one of ASEAN’s biggest contributions to world history in the 21st century.

Yet, it is vital to emphasize that ASEAN will succeed imperfectly. ASEAN’s movements are often erratic and never proceed forward in a straight line. However, these imperfections only reinforce the message of hope that ASEAN provides. If such an imperfect corner of the world can deliver both peace and prosperity to its 625 million citizens, the rest of the world can surely replicate ASEAN’s imperfect record.

This is the ultimate paradox of the ASEAN story: its strength lies in its imperfection. This is another reason why ASEAN should be awarded the Nobel Peace Prize, perhaps in 2017 on the occasion of its 50th anniversary. The prize would draw global attention to another beacon of hope emerging on the world stage and would send a positive message to the West that Islamic and non- Islamic civilizations can live together in peace. It would also inspire the billion other Muslims who live outside Southeast Asia to study the ASEAN model carefully, since three of the most successful Islamic societies can be found in the ASEAN family. Fifty years of hard work by ASEAN should not go to waste. The association’s success should be used to inspire other societies and cultures to emulate the ASEAN spirit. 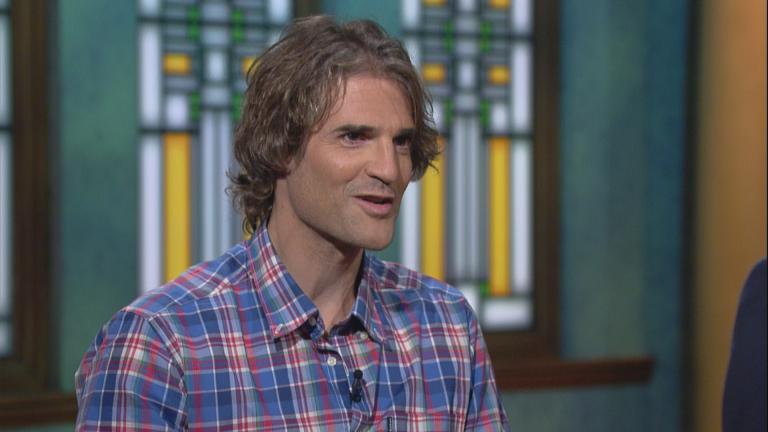 June 13: Jeffrey Gettleman was born and raised in Evanston, but a trip to Kenya when he was 18 years old changed the trajectory of his life. 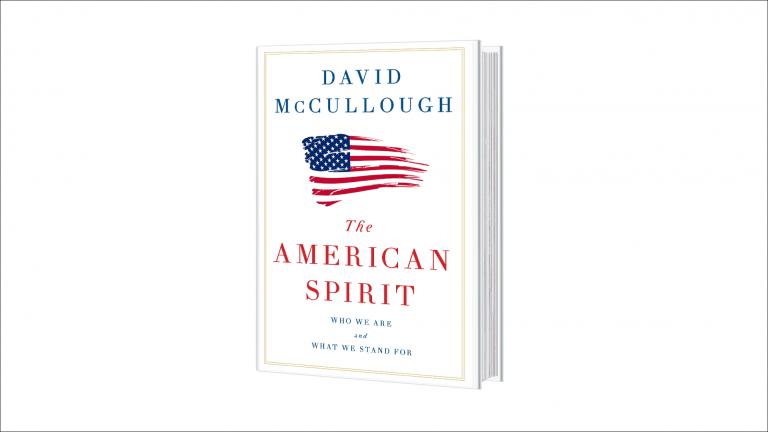 May 16: Pulitzer Prize-winner David McCullough has been called the “elder statesman of American history” and the “rememberer-in-chief.” He joins us to discuss his new book. 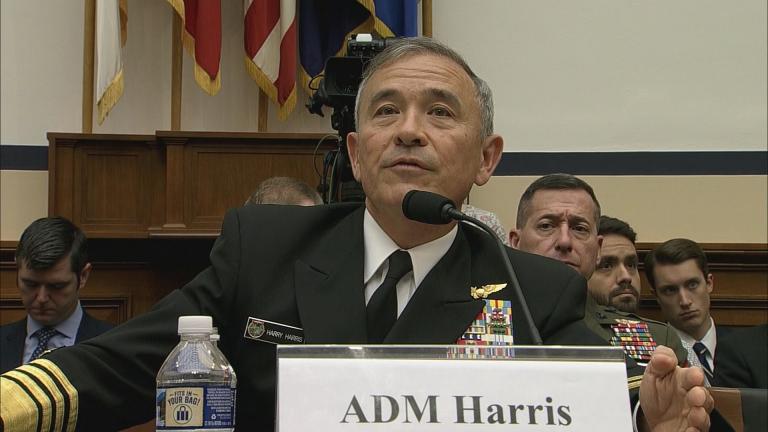