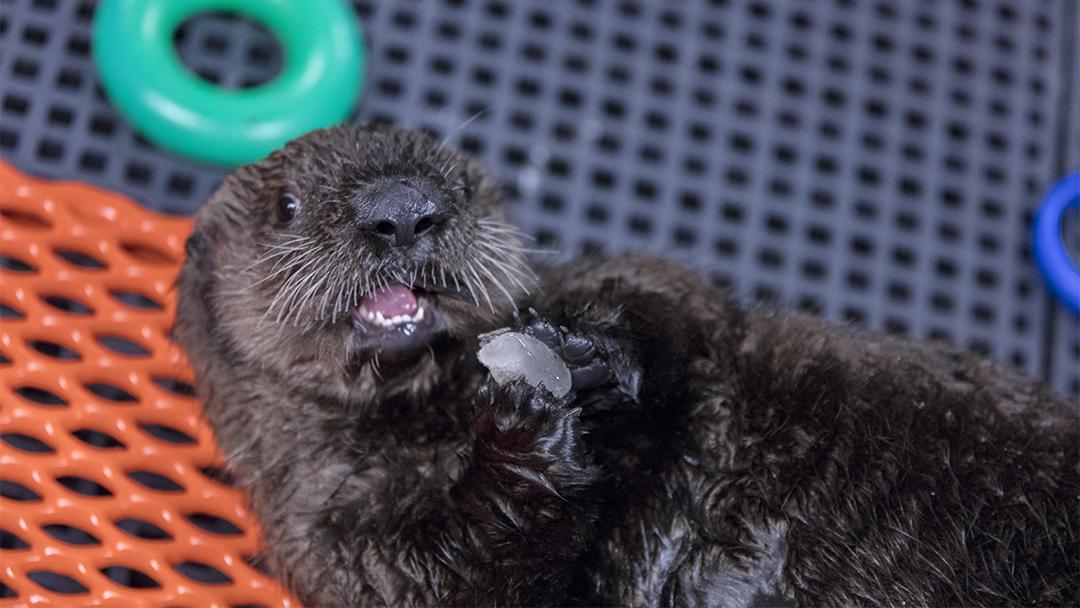 In mid-March, Shedd Aquarium marine mammal trainers Gretchen Freimuth and Andrea Oake were dispatched to the Southeast Alaskan coast, where a helpless, 3-week-old sea otter pup had been rescued March 15.

The otter pup was found on a beach in the small town of Cordova on the Prince William Sound and brought to the Alaska SeaLife Center, the only permitted marine mammal rehab site in the state. On March 18, when he was admitted to ASLC’s “I.Sea.U.” intensive care area, the pup weighed just 4.8 pounds.

His small size and slow growth was no surprise. Sea otters are born helpless and have few instincts for surviving in the cold North Pacific Ocean, according to Shedd. Sea otter pups stay with their mothers for up to nine months, learning how to groom, swim, dive and hunt.

Abandoned sea otter pups therefore rely on human caregivers for their development, which is where Freimuth and Oake come in. Under the care of the two Shedd Animal Response Team members and ASCL’s staff, the sea otter pup is now up to 13 pounds, thanks to a steady diet of clams, capelin and squid. He’s also meeting developmental milestones such as grooming on his own, diving and teething with toys and ice.

As the young northern sea otter becomes more and more independent, animal care specialists will spend a large portion of their day observing his behavior to track additional developmental markers.

“Many of the skills otter pups need to survive are taught, not instinctual, and since the mother isn’t here to teach him, we have to,” Oake said in a press release.

One example is teaching the pup to track down his food.

“We will toss small food bits among ice and toys so he learns to search for it,” Oake said, “or we’ll place toys that sink in the water so he can practice diving to retrieve them.”

Shedd has helped to rehabilitate and raise abandoned and orphaned sea otter pups since the 1989 Exxon Valdez oil spill, which dumped nearly 11 million gallons of crude oil into Alaska’s Prince William Sound, killing about 2,800 sea otters and thousands of other animals.

After heading to Alaska in March, Freimuth and Oake worked with ASLC’s staff for several weeks to provide around-the-clock care for the otter pup, which the U.S. Fish and Wildlife Service deemed non-releasable. 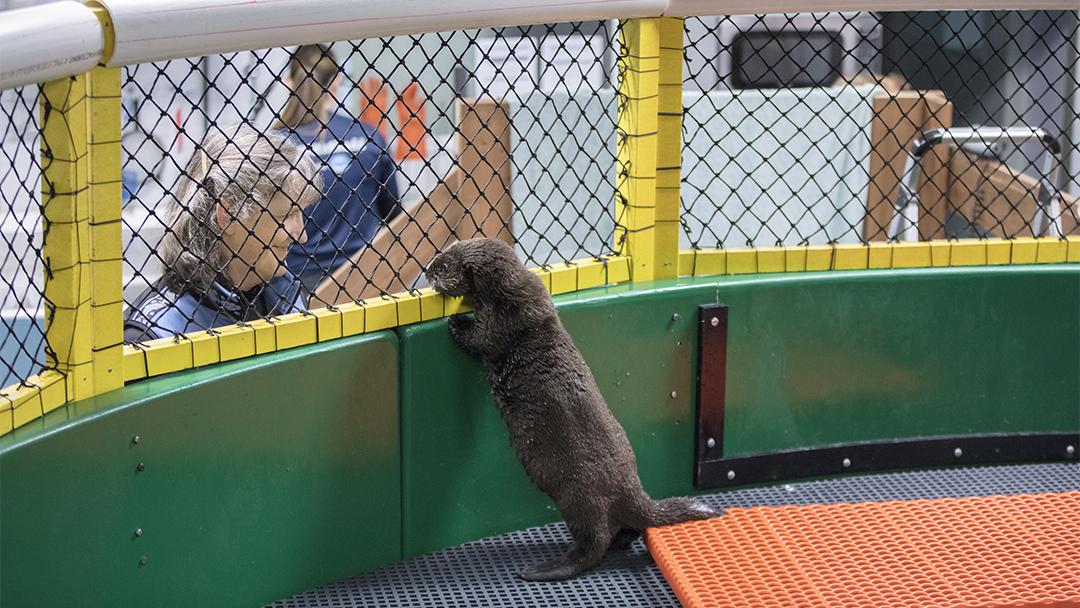 “This little otter pup shows every indication of thriving under our care,” said Carrie Goertz, staff veterinarian at ASLC, in a press release.

The pup has everything he needs at the center, located in Seward, Alaska, where visitors can watch his rehabilitation (and other animals) up-close. The otter pup is the second marine mammal admitted to ASLC since early March.

“Our responders are watching this season carefully to see if the trend in strandings continues resulting in year-round concern,” Goertz said. “It’s an issue that had been predominantly seasonal prior to 2015.”

Although some northern sea otter populations are increasing, sea otters as a whole are listed as endangered on the International Union for Conservation of Nature’s Red List of Threatened Species. Sea otters face threats from overfishing, which disrupts the entire food chain, in addition to oil spills, disease and predation. 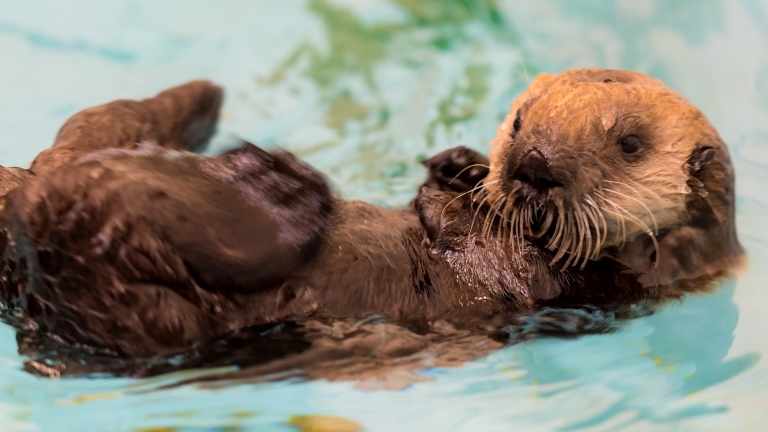 Feb. 17, 2016: A 10-week-old sea otter pup rescued after a rough storm in California last month is recovering at her new home in Chicago. 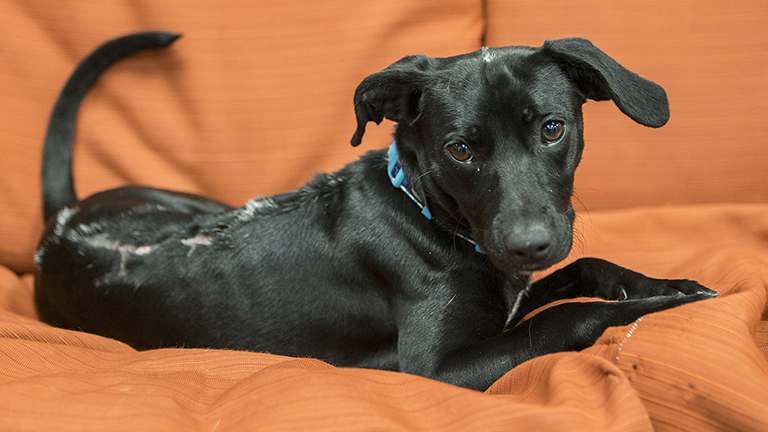 Jan. 12, 2016: The Shedd Aquarium recently announced a new arrival at the Chicago institution and it's definitely not the creature you'd expect it to be. We went to the Shedd to investigate its latest rescue, named Peach.