Hydroponics farms are hot in Chicago, with new farms sprouting up all over the city. But finding experienced hydroponics workers can be tough, so a local chef decided it was time for Chicago to grow its own. His program in a Northwest Side high school offers students the chance to get their hands dirty – and wet – growing greens in a working hydroponics farm.

We visited Carl Schurz High School, where the seeds are being planted for the next generation of urban farmers.

Brandis Friedman: It all starts with a seed.

Every few days, students in Schurz High School’s Food Science Lab spread thousands of tiny arugula seeds across damp paper towels and slip them under grow lights. After another few days, the sprouts become a crop of microgreens, which are delicately harvested and brought to the Schurz cafeteria to be mixed into lunchtime salads. 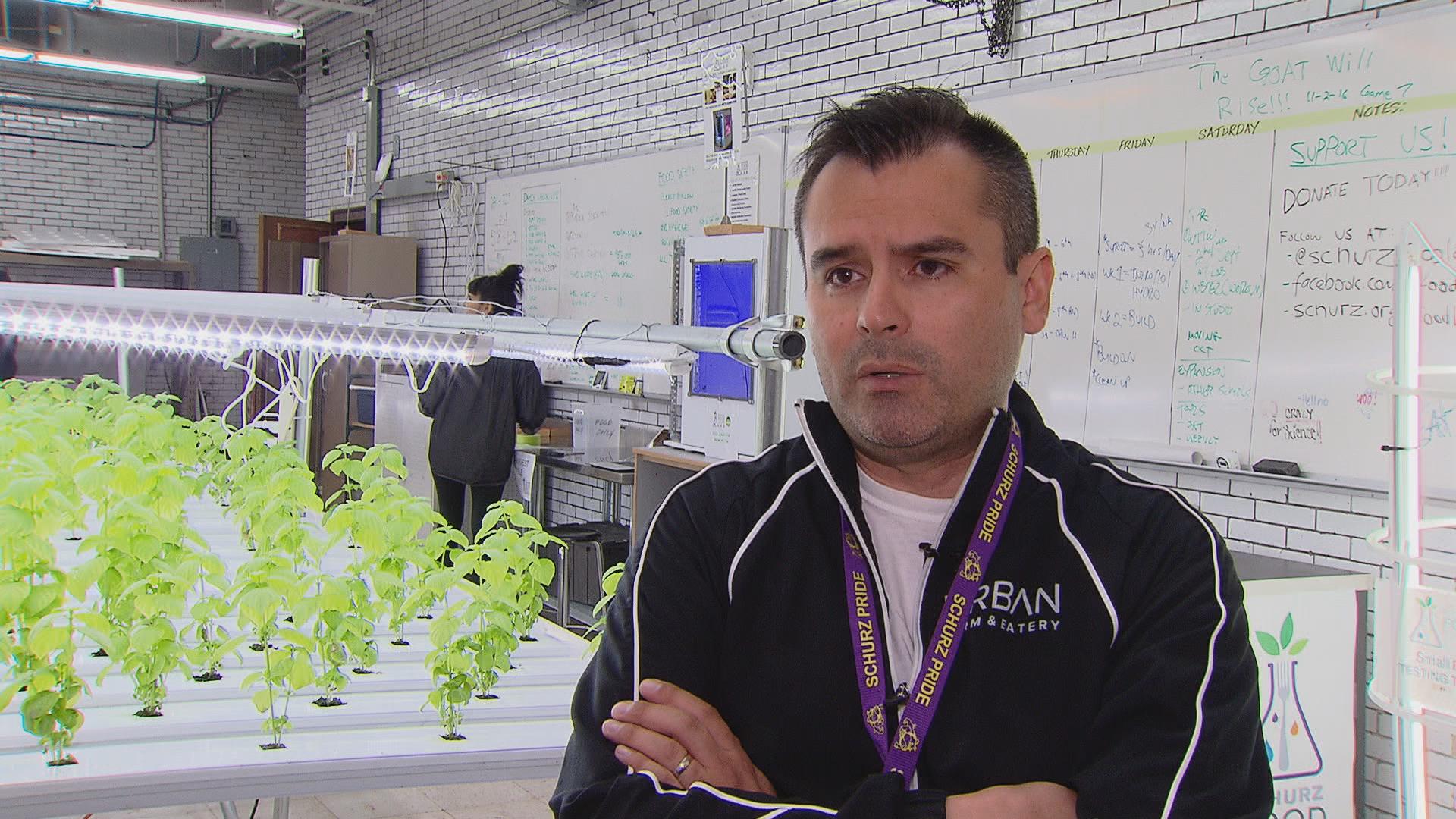 Jaime Guerrero, Schurz Food Science Lab: The students right now love the idea of having fresh basil in their salads.  They love the idea of microgreens because they add much flavor and diversity to what they’re already eating. And whether they realize it or not, they're adding so much nutrition to what their diets are, to what they eat in the cafeteria.

Friedman: Produce doesn’t get more local than that, and that’s exactly the way the Food Science Lab’s founder Jaime Guerrero likes it. The chef and marketing executive’s idea for a high school urban farming program started as a way to prove a restaurant concept.

Guerrero: The idea came from an urban farm restaurant concept that I had in my head. Through my alderman and other supporters in the community, Arts Alive, we came up with the idea of a proof of concept that would be within the area and we connected with Schurz high school.

Friedman: The farm began with two hydroponic grow towers in an old shop classroom. Guerrero recruited students to volunteer as his first farmers. Two years later, he says it’s the students who drive the program.

Guerrero: The input of the kids has been very essential.  The products that we have evolved here were a combination of things that work in these environments and with these systems and what we’ve tried, but also the tastes of these students. Our plans were to integrate it further into the departments and the school itself. This year we’re integrated into three departments: environmental science, botany and engineering.

Friedman: Yields from the Food Lab are often large enough to allow the program to donate herbs and microgreens to a nearby food pantry. And like any farm, increasing yields is a constant focus –whether it’s by adjusting light or fertilizer, testing different grow media or developing a prototype for a rotating growing system. For senior Nathaniel Dejesus, working in the Food Lab has allowed him to apply some of the problem-solving techniques he’s learned in his pre-engineering classes. 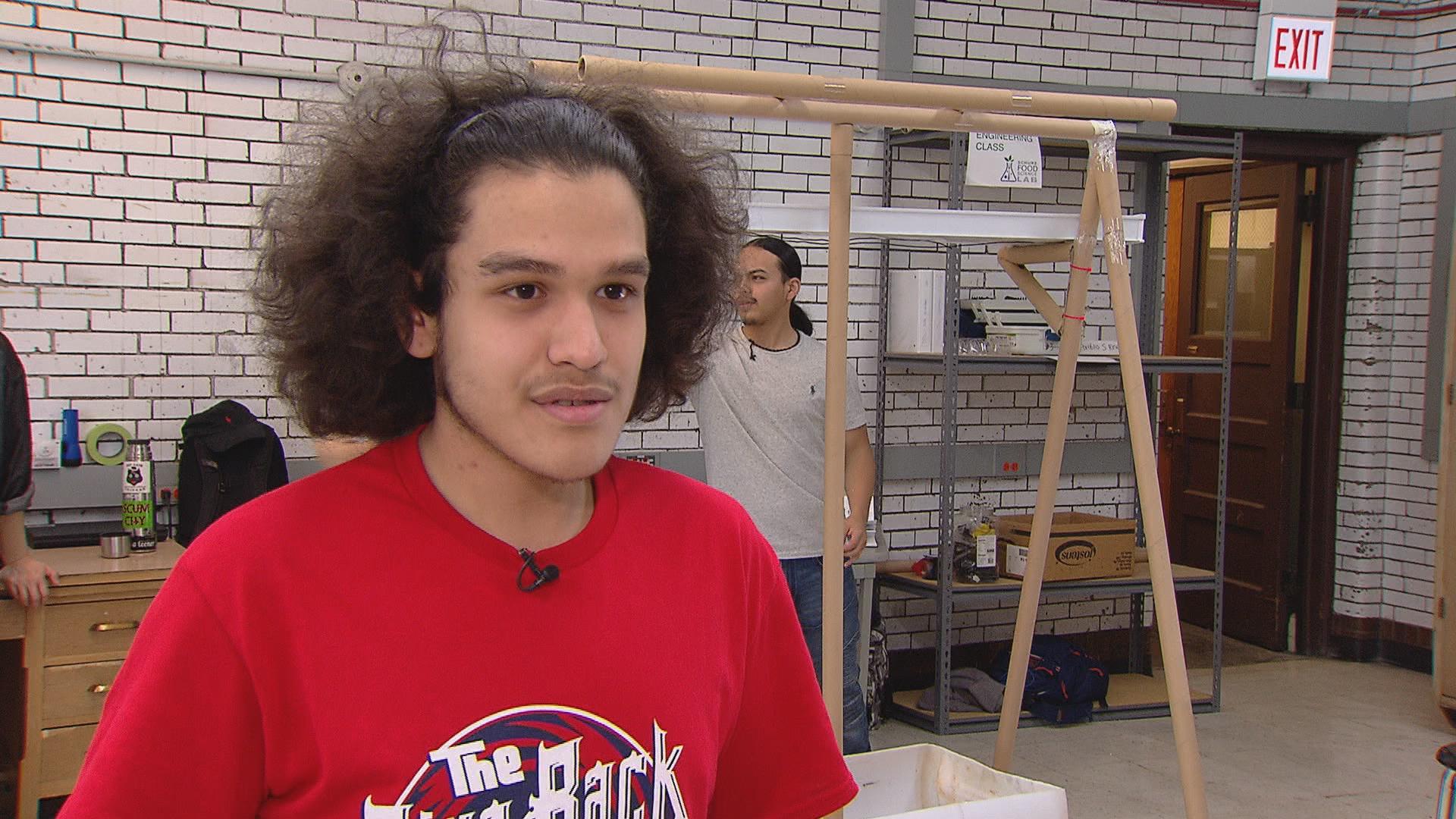 Nathaniel Dejesus, Schurz senior: We thought of a triangle system that would have different layers. It would be a mist system, it would have LEDs under the trays, so you can access it easier. There'll be a pipe coming through the middle so it can all recycle back to the reservoir.

Friedman: Elsewhere in the lab, senior Veronica Burgo is growing tomato plants in the Food Computer, an agriculture technology platform developed by MIT to determine and share optimal growing conditions.

Veronica Burgo, Schurz senior: There were some astronauts that went out into space and took some tomato seeds and they were kind enough to let us use two packs of their seeds. We have four samples in here at the current moment, and we're trying to compare them against what we have in some of our other systems, like our lettuce systems to see if anything changed within the genetics of the plant.

Friedman: Veronica draws a direct line between her work in the Food Lab and her future career ambitions. 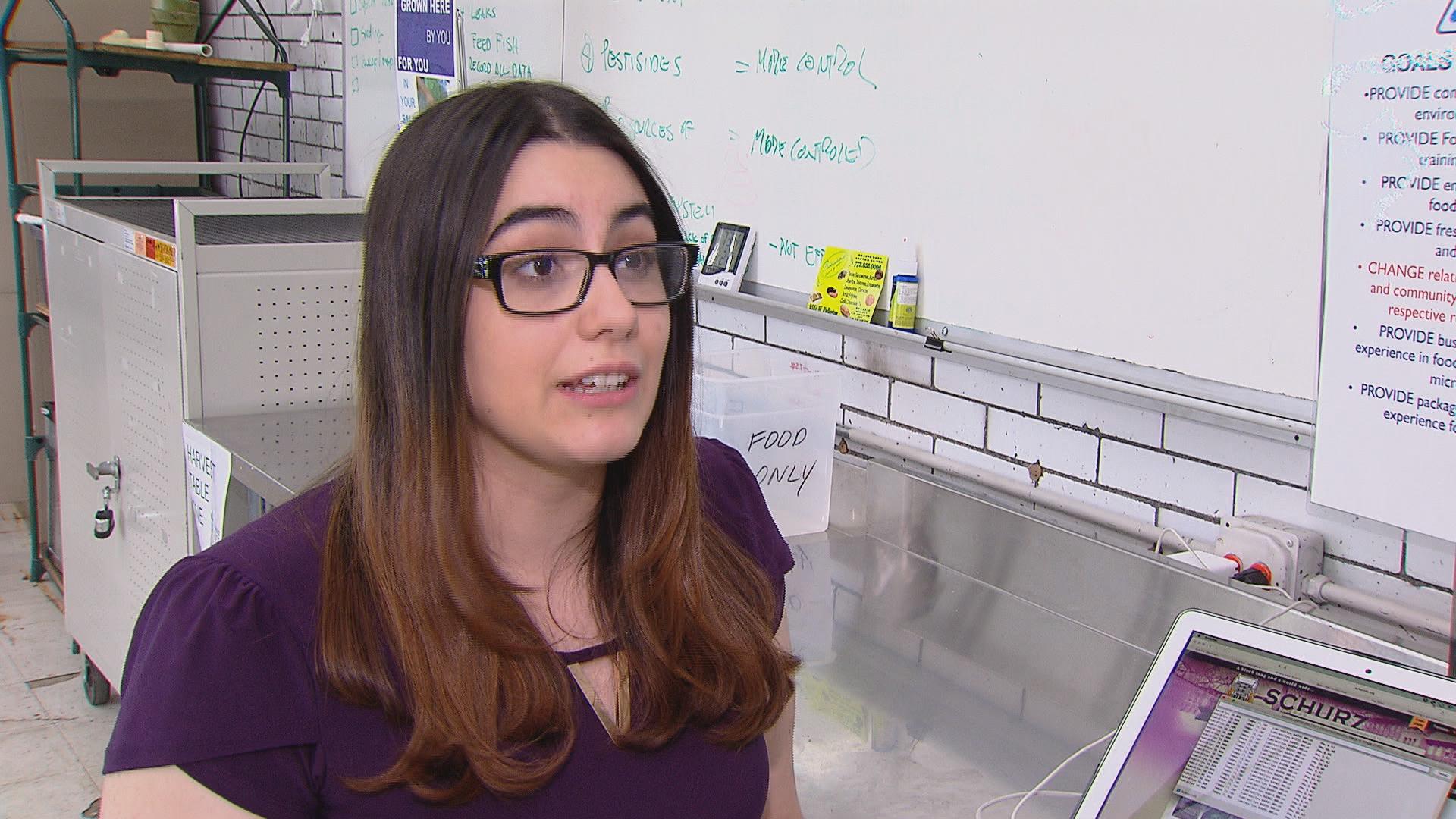 Burgo: I’m aspiring to be a biochemist and a lot of what we do here is chemistry and biology, so I would love to be a part of an urban farming group in college.

Friedman: For now, the Food Lab is being kept alive by donations and small grants, but funding continues to be a challenge. That’s why Guerrero hopes to fold other disciplines, like business management and marketing, into the curriculum so that Food Lab students can sell their product to the community and put the profits back into the program.

Guerrero: What we tell these kids every day is come in here, learn, experience what we have and at least be a little inspired to learn about it. If we get you to be interested to do something, to be a farmer, an engineer, even better. I think that this program can be great in this community as we build it up, but also anywhere in the country. 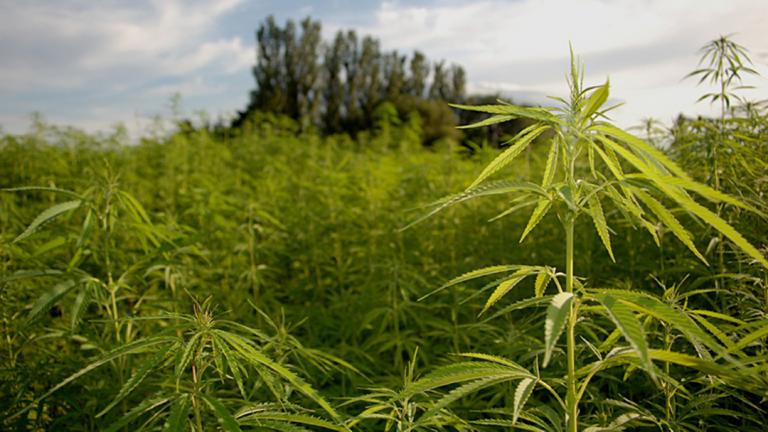 Feb. 24: At least 16 states have legalized industrial hemp production for commercial purposes. Could Illinois be next? 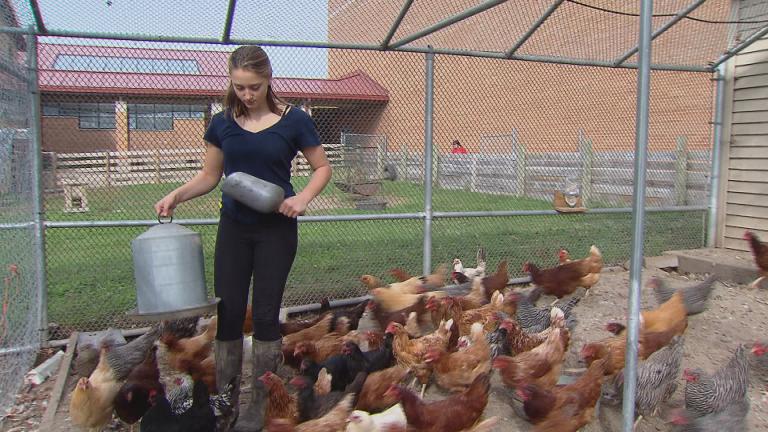 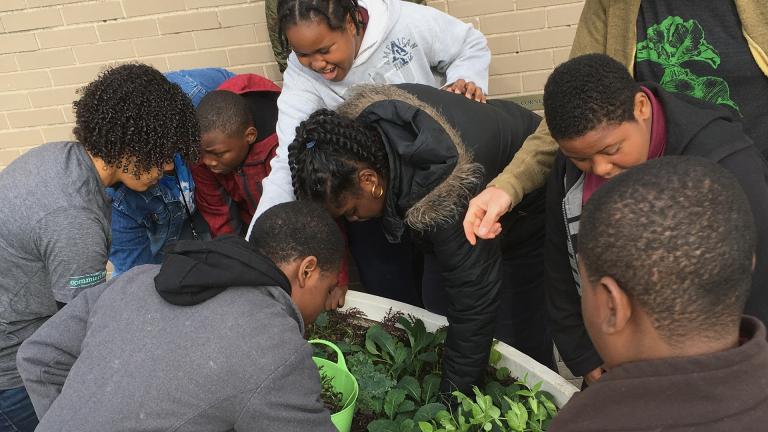