One of the most anticipated and debated additions to Chicago’s cultural institutions is the forthcoming Obama Presidential Center.

Obama’s library in Jackson Park will join 13 others commemorating past commanders in chief, each reflecting their different characters.

In the book “Presidential Libraries as Performance: Curating American Character from Herbert Hoover to George W. Bush,” author Jodi Kanter writes not just about the stories the libraries tell, but looks at the role they ask visitors to play.

Kanter, an Evanston native and an associate professor at George Washington University, first became interested in the topic when she visited the Clinton Library in Little Rock, Arkansas, shortly after it opened. “I found it a fascinating place, from the way the building was designed, to the way the exhibits were designed, to the way people interacted with the exhibits,” Kanter said.

Her curiosity sparked, she went to visit the Reagan Library in Simi Valley, California. “My intention originally was just to write an article about those two libraries, which are very different places,” Kanter said. “But then I just got sucked in further and I got more and more curious about not just individual libraries, but the presidential library as an institution. So I visited them all.”

Kanter’s field is performance studies, which “embraces a very large definition of what counts as a performance.” It’s through the lens of performance that Kanter writes about the 13 libraries of 20th century presidents, beginning with Herbert Hoover. Rather than a chapter on each library, Kanter examines how the people who put the libraries and museums together position presidents historically and culturally, how their lives are depicted, and what role visitors are asked to play. 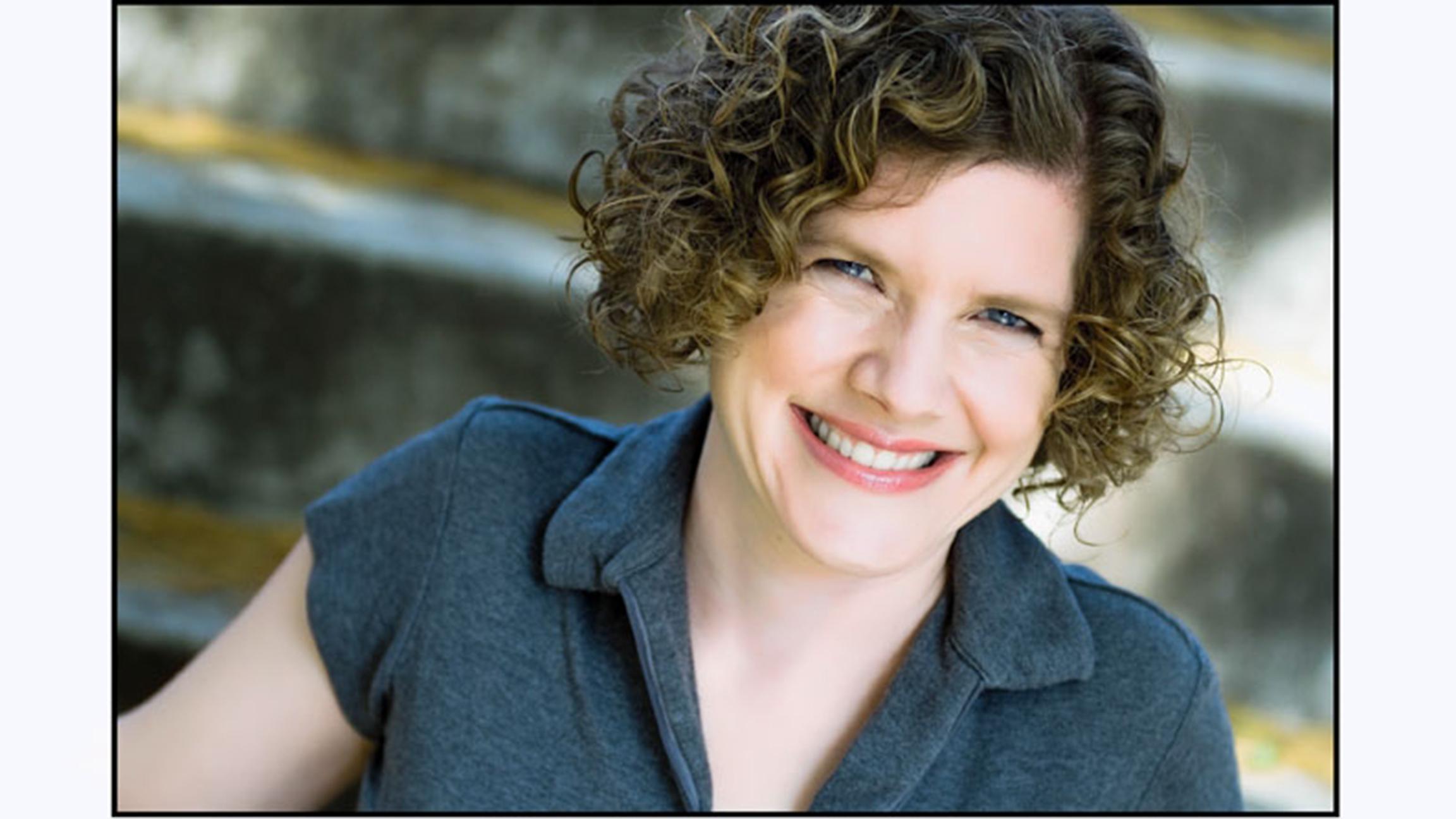 Kanter sees the differing role of the visitor illuminated clearly by her first two stops on the tour, the Clinton and Reagan libraries.

“The Clinton library very much positions the visitor as an active participant in the work of the country,” Kanter said. “The audio tour is narrated by President Clinton, so it’s like you have him in your ear guiding you personally through the story.

“The Reagan library, on the other hand, focuses a lot on Reagan as a substitute for the visitor, somebody who acted on our behalf. … There’s a huge emphasis on Air Force One and all of the flying Reagan did to meet heads of state, and all of the very big performative moments he had that are connected to his presidency. There’s definitely a sense that you’re supposed to walk along and learn from it and admire the performance, but not so much a sense that you’re part of the company, so to speak.”

Kanter was also interested in how the libraries handled challenges, missteps and failures. “It’s largely the libraries of one-term presidents that do it well. I think that’s in part because they have a shorter story in the presidency and so there’s more room for other things, but it’s also partly because by definition these are people who didn’t always succeed, because they failed to get reelected. Because of that there’s a greater openness to talking about failures, which I think is really valuable.”

As for Obama’s future library here in Chicago, Kanter’s hopeful about the opportunities it presents. “I know the intention of at least some of the people who are working on the library is to make it a very community-owned place,” Kanter sad. “I find that incredibly exciting.”

Below, an excerpt from “Presidential Libraries as Performance.” 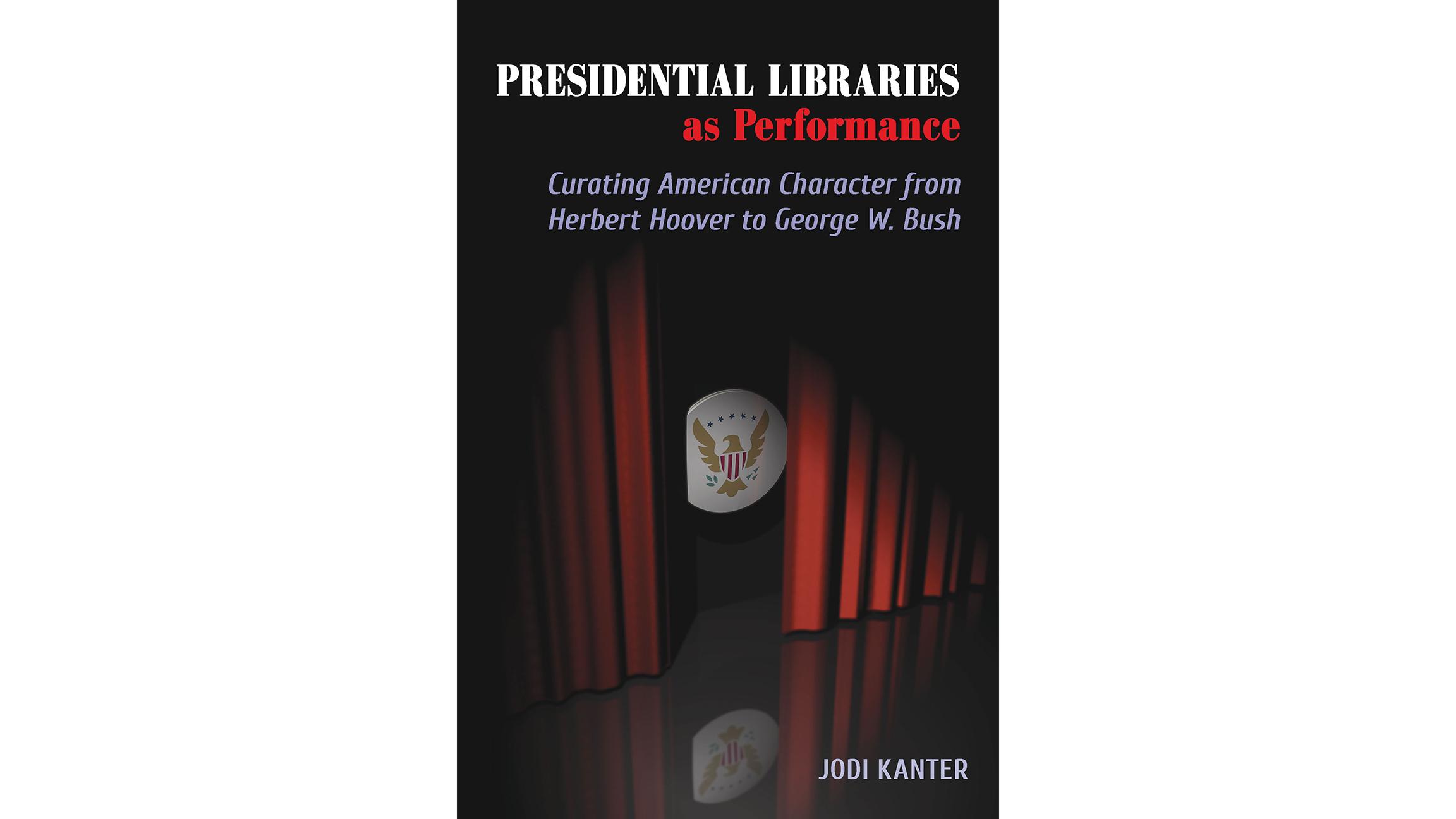 The visitor’s movement through the museum is shaped both by culture and by space. As she travels, she embodies prescribed ways of walking—her pace, her rhythm—and of looking—how she is looking and what she is looking for—that have remained relatively stable for at least the last two hundred years of western culture. These behaviors have been cultural expectations in museums since the eighteenth century: to walk at a moderate pace, to speak at a moderate volume, to begin in the ﬁrst gallery and end in the last.

To be sure, visitors have not always conformed to these expectations. Nonetheless, Helen Rees Leahy affirms, “As people move through a gallery, their bodies articulate the shape of their museum visit, whether or not they conform to its script or walk in the ‘right’ direction. Their movements cal ibrate the space of the gallery as a quantity of both distance and time.”
The rhythm of the visit, Leahy goes on to argue, is produced reciprocally by the visitor and the museum itself. It is

set by the punctuation of our walking as we stop to look . . . before moving on again, as well as by our pace of walking and the overall duration of the visit. In turn, each of these factors reﬂects the structure of the display, the density of the exhibits and the size of the exhibition or building.1

By the ways in which they perform their subjects, museums encourage visitors to move and to see in particular ways.

This chapter considers how the presidential libraries of two men, Ronald Reagan and Bill Clinton, elicit particular performances of American character from their visitors. Setting aside temporarily the major scandal of each president’s second term (see chapter 5), I focus here on how the sites, architecture, and layout of the two museums encourage the visitor to move, think, feel,and act. The performances these spaces move visitors toward have signiﬁcant implications for their behavior in American public life.

The Clinton and Reagan Libraries perform very different kinds of knowledge, creating contrasting visions of America’s relationship to its history, the role of the president in public life, and the optimal relationship between the president and his citizenry. Explicitly and implicitly, each museum creates what Kirshenblatt-Gimblett might call a different “museum effect,” offering its own model for participating in American public life outside its walls. Through these differences, the libraries produce two divergent moral imperatives for the American character—that is, two different versions of who an American ought to be.

Ronald Reagan and Bill Clinton embody American leadership at the end of the twentieth century. Together, they led the nation for sixteen of the century’s last twenty years. Although President Clinton left office in 2001 and President Reagan died in 2004, the legacies of both men continue to have a major impact on our shared understanding of American character. In a 2010 poll conducted by the Public Religion Research Institute in which respondents were asked their views about a number of American leaders, including Barack Obama, George W. Bush, and Sarah Palin, Bill Clinton had a signiﬁcantly higher favorability rating than any other figure, republican or democrat, with 68 percent of Americans reporting a very or mostly favorable opinion of the former president.2 Ronald Reagan is still one of the foremost icons of conservative America. In 2008, presidential hopeful John McCain characterized himself as a “foot soldier in the Reagan revolution”3 at a convention that featured an enormous image of the former president as it s backdrop. And in September 2011, the republican presidential candidates debated each other at the Reagan Library, implicitly vying for the mantle of his legacy.

At its site and through its internal organization, the Ronald Reagan Presidential Library stages an America of limitless space in which each individual is free to make his or her own path. Its exhibits present Reagan, a radio and ﬁlm actor, as a speaker whose words are performative; they conjure a mythic land into being. His is a frankly selective performance, obviously partial in both senses of the word, which derives its authority from the space between the president’s body and other bodies. The museum exhibits work to create distance between Reagan and other leaders, and between Reagan and the visitor, in order to underscore the Great Communicator’s unique strength. The visitor’s role is to move through the landscape at a leisurely pace, and with appropriate deference to the leader who makes this independent movement possible.

The William Clinton Presidential Library presents Bill Clinton, a Rhodes scholar and Yale Law School graduate, as a student of history. His story can be told in text—lots and lots and lots of text—and requires a serious reader to understand and appreciate it. In sharp contrast to the Reagan Library, the story that the Clinton Library tells derives its force from its claims to comprehensiveness and shared authority. It is a linear narrative with a large bibliography and an extensive list of coauthors. While the Reagan Library creates distance through its uses of space, the Clinton Library creates intimacy by way of a temporal logic. The museum exhibits work to create a sense of intimacy between the president and other leaders, between the president and his predecessors, and between the president and the visitor. The museum presents the American story as one of historical progress and situates the visitor as the actor who will move us to the next critical point on the timeline.

Read the complete text of Chapter 2. 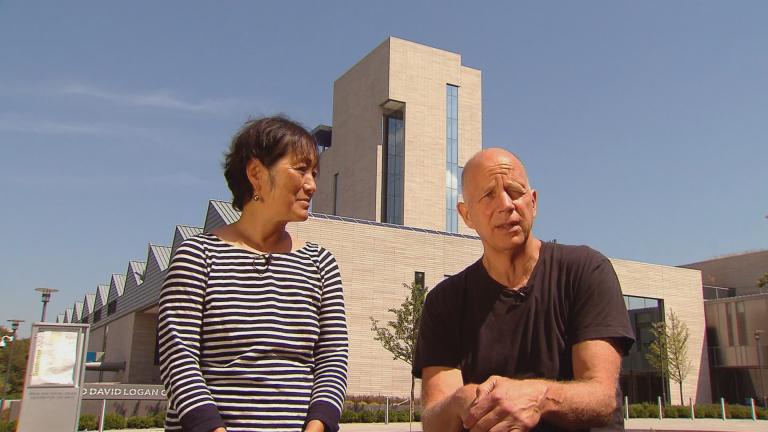 July 7: Blair Kamin gives us some insights into the work of the architects and what Chicago might expect to see from them. 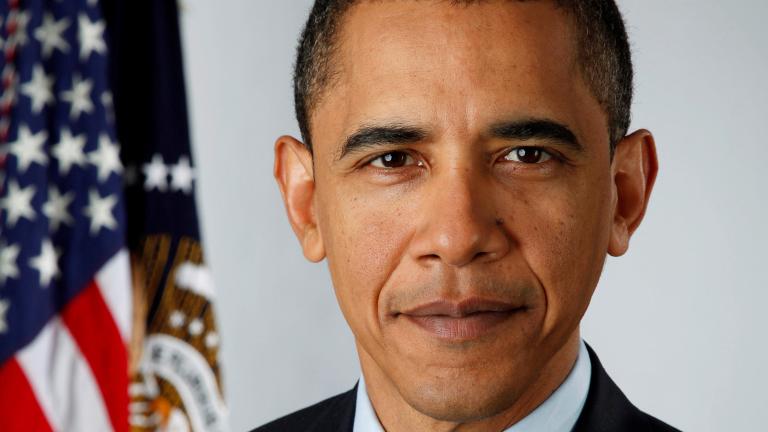 May 12, 2015: It's official. The Obama Presidential Library is coming to Chicago. What will it mean for the South Side? We'll hear more details about the city's triumph. 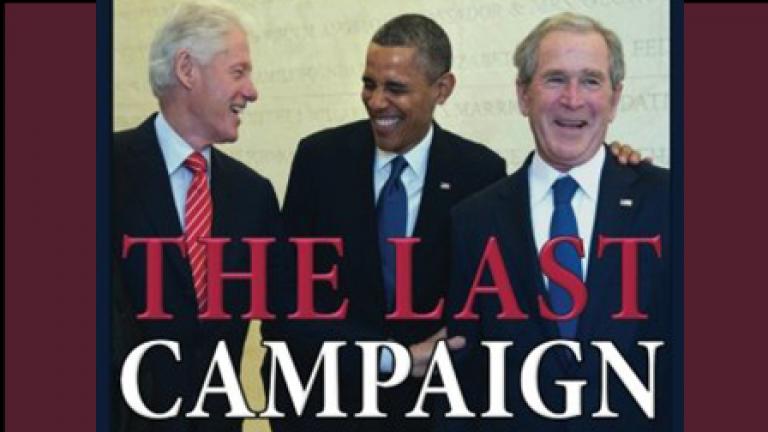 What's the Purpose of Presidential Libraries?

March 18, 2015: These institutions were originally created to provide access to presidential records, but author Anthony Clark argues, they've become platforms for a president to promote his legacy, not accurately exhibit history.