Some South Side neighbors can breathe a sigh of relief, knowing that their money in the bank isn't going anywhere.

The black-owned bank, Illinois Service Federal, was in a bit of financial trouble this year, but a recent investment of cash means customers can stay where they are. 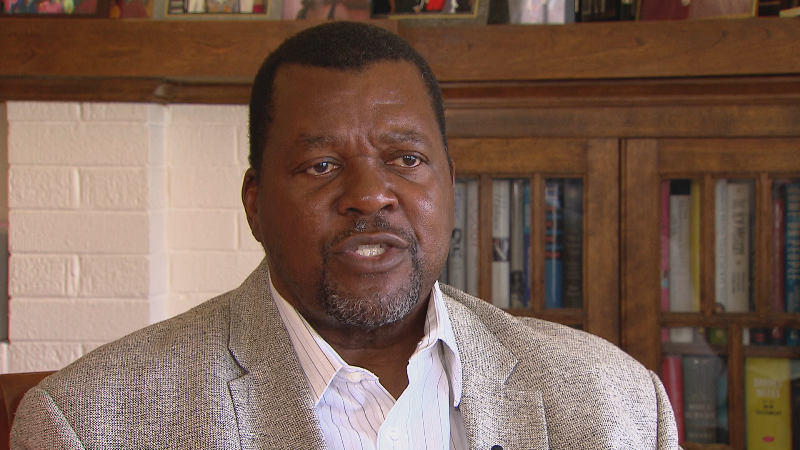 Ronald Stewart Ronald Stewart: Our first mortgage was with First National Bank. We noticed that they sold the mortgage to some place in Wisconsin, which didn't sit well with us.

Friedman: The couple liked the idea of working with a bank in their neighborhood and even more, a black-owned bank.

Over the years, they came to do all of their banking here: checking, savings and a home equity loan that paid for a lot of upgrades on their home.

Linda Stewart: We took out the pantry and made a large kitchen. We had to update the cabinetry. The garage—we put in a brand new garage. And then we also completed the basement.

Friedman: The bank was founded in 1934 by a group of African-American businessmen.

But in recent years, Illinois Service Federal, or ISF, found itself in need of financial support. 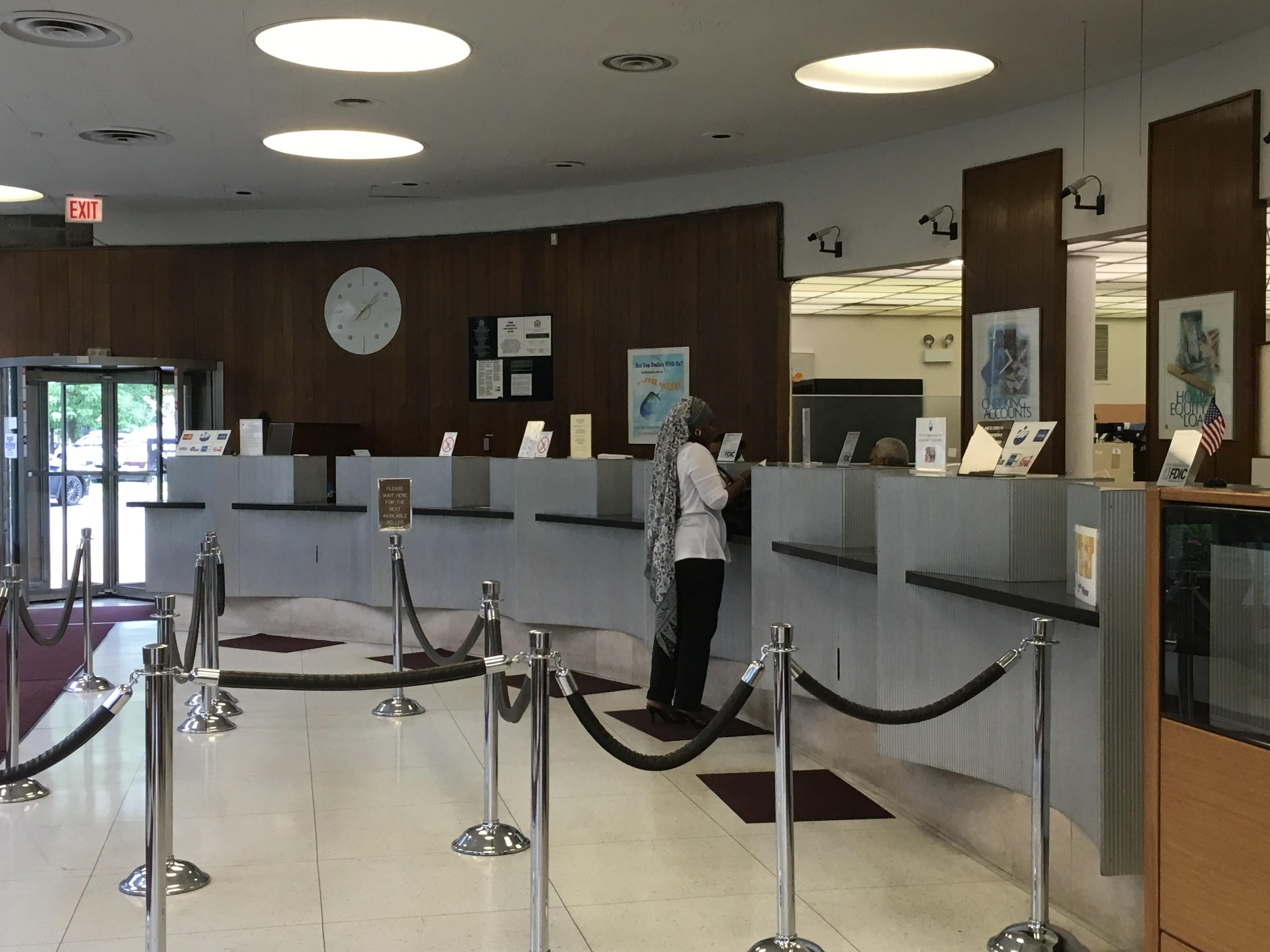 Monica Thomas, ISF senior vice president and community banking officer: We were hit the very same ways that our customers were hit. We were hit by unemployment, because you have customers who are unemployed. Then the other impact for us is that, we were hit the same way customers hit, by the decline in their housing value. And that’s been quite honestly the two biggest impacts to this bank.

Friedman: The bank's own funds had dwindled below levels needed to comply with its federal oversight agency.

But a Ghanian-American family of investors, the Nduom family, acquired the bank with a $9 million investment.

Chiefy Nduom: We believe that it's critically important for black-owned businesses to thrive, partially because it helps give a positive narrative about areas that have high concentrations of African-Americans, partially because there’s a balancing of the economic scales.

Friedman: Brothers Chiefy and Kweku are now leading the bank, along with their father, Dr. Papa Kwesi Nduom, who chairs the board.

The brothers and their siblings were born in the U.S., but raised partially in their parents' home country, Ghana. 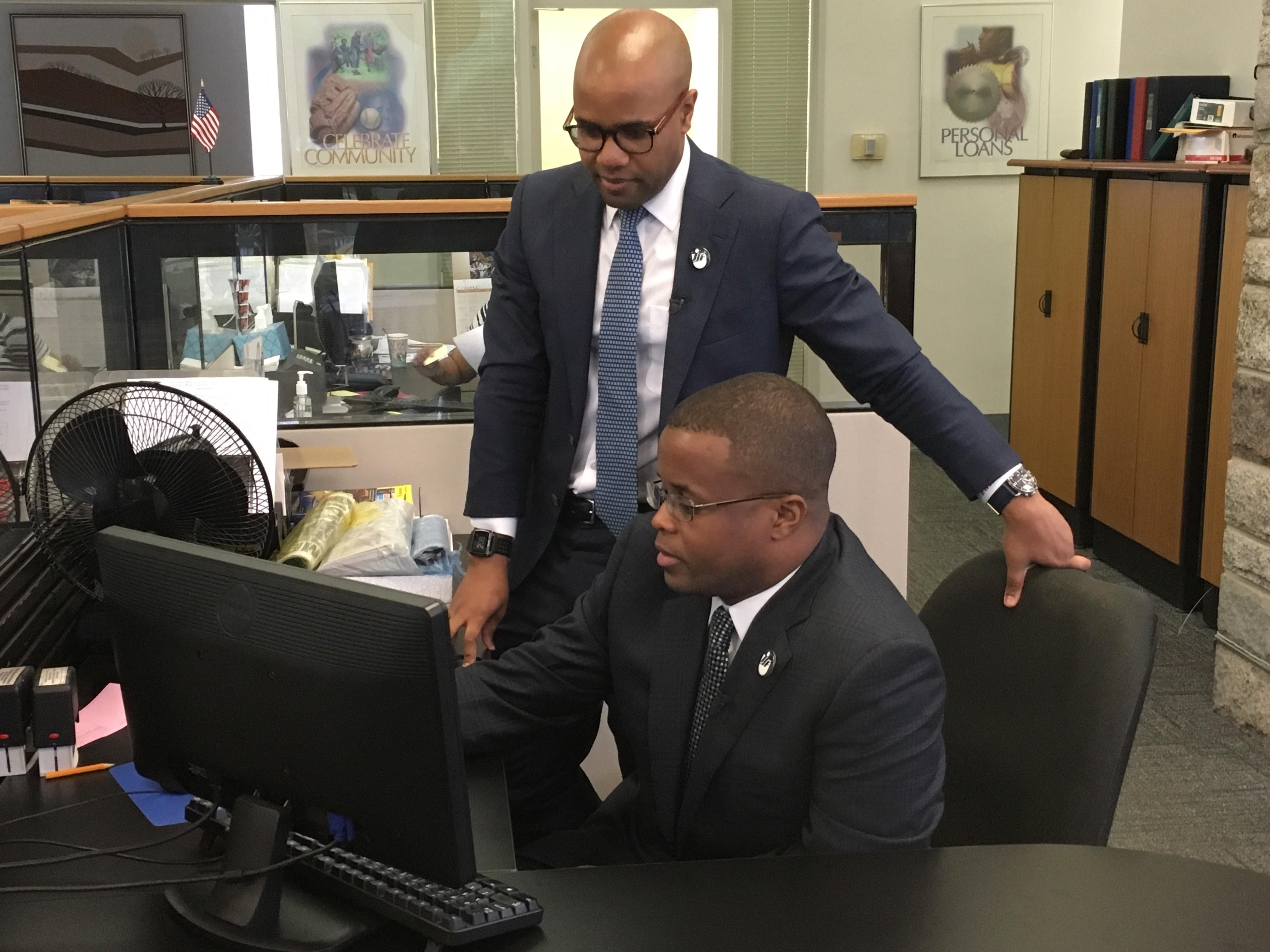 Their investment in ISF marks a return to the Midwest, where the senior Nduoms were educated and started their professional careers in finance.

They see a reinvigorated ISF as a safe haven for homeowners, like the Stewarts, as well as an anchor for other businesses in the community.

Kweku Nduom: We want to make sure that these people don't give up hope and just walk away or stop paying their mortgage. Just basically give up on the South Side and give up on the potential wealth that is going to come into this neighborhood.

That's a major part of why banks exists is to make connections between, not only sources of capital and uses of capital, but between different players in the market.

Friedman: This rescue comes at a time when several of Chicago's African-American businesses are facing change: Johnson Publishing recently announced the sale of Ebony and Jet; and black-owned bank Seaway is working to raise capital after facing a similar situation to that of ISF.

John Rogers, Jr., founder and CEO of the investment firm, Ariel, cites a number of entrepreneurs who were the backbone of the black business community in Chicago, but are no longer here. 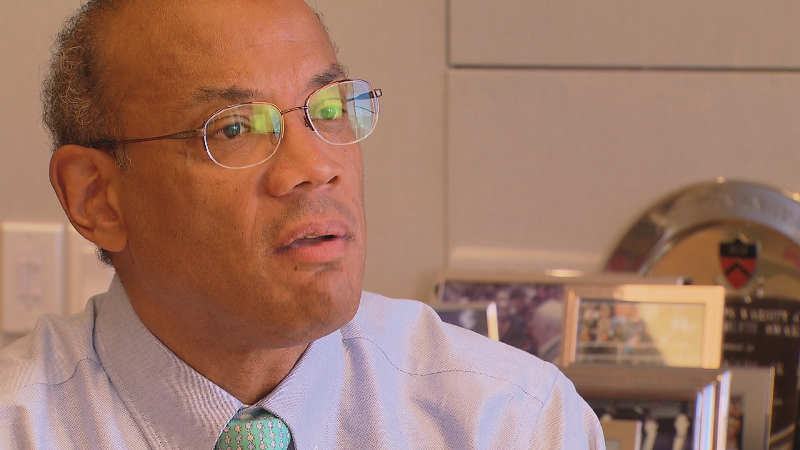 John Rogers John Rogers: The biggest businesses that were so successful, John Jonson with Ebony and Jet; George Johnson with Johnson products, Ultra-Sheen, Afro-Sheen; Ed Gardner’s Soft Sheen; Tom Burrell, Burrell advertising. Almost without exception, they've either disappeared completely or they are shells of themselves.

Friedman: Rogers believes the number of the black-owned businesses in Chicago has declined in the last 35 years, but that this community is crucial to the success of the black community in general.

Rogers: We're going to provide jobs, role models, philanthropy and really impact our community in a positive way and help the bottom line to improve the vitality of our urban communities and create more opportunity for folks to have hope. Therefore, it ultimately should impact … not only will people be more employed, but there’ll be less violence and the communities will be stronger because of a strong vibrant minority business community.

Friedman: One of those businesses is Peach's restaurant in Bronzeville. 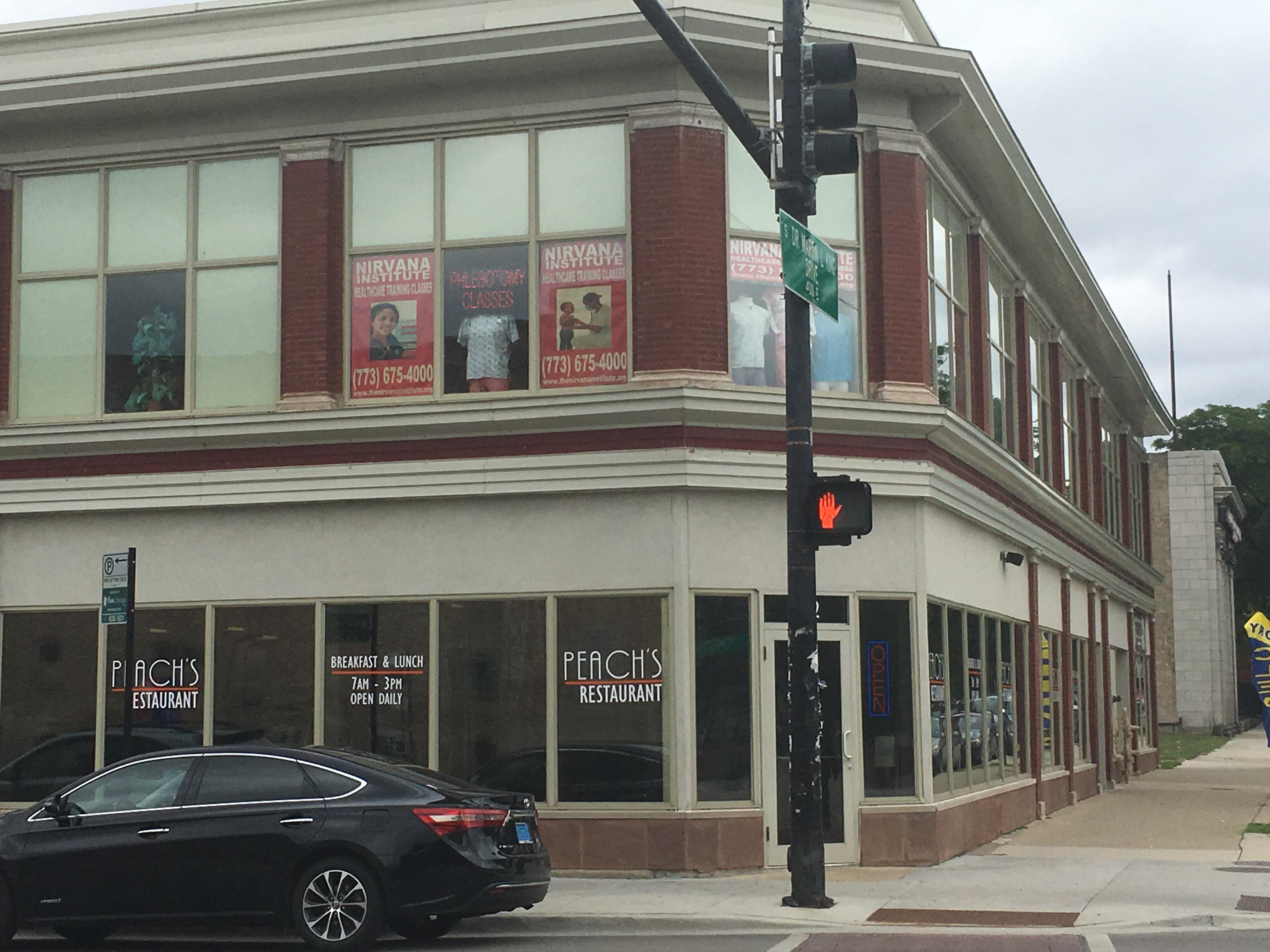 When owner and entrepreneur Cliff Rome needed the loan to get cooking, he only had to travel across the street to ISF.

He prefers bringing his business here versus bigger, national banks.

Cliff Rome: It's a person who sits in an office, who has no idea what Bronzeville is, where it is, who lives there, what have you. I think that there's such a disconnect that they don't care. No fault of their own. Maybe they wanna know, maybe they don't wanna know. But the reality is if you have an institution that is here that understands the community in some sort of way you have to be able to support that business, so that in turn they’re able to support other small businesses.

Friedman: For his part, the restaurant alone provides more than 20 jobs to staff and breakfast and lunch to the neighborhood.

The bank's new owners say they don't anticipate new branches just yet, but say customers can expect a new feel when they enter the current ISF locations.

None of the Nduoms live in Chicago currently, but one of the brothers is considering relocating to the city, to be closer to their investment. 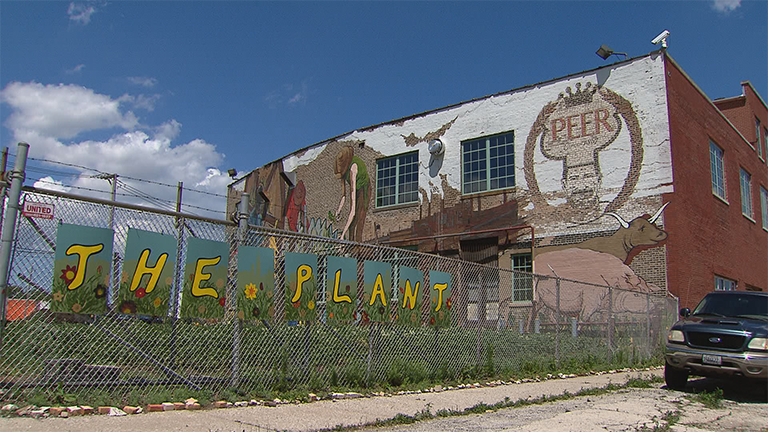 July 6: On the South Side of Chicago some local entrepreneurs are repurposing an old meatpacking plant in an effort to create something very unusual – a way of doing business that creates no trash. 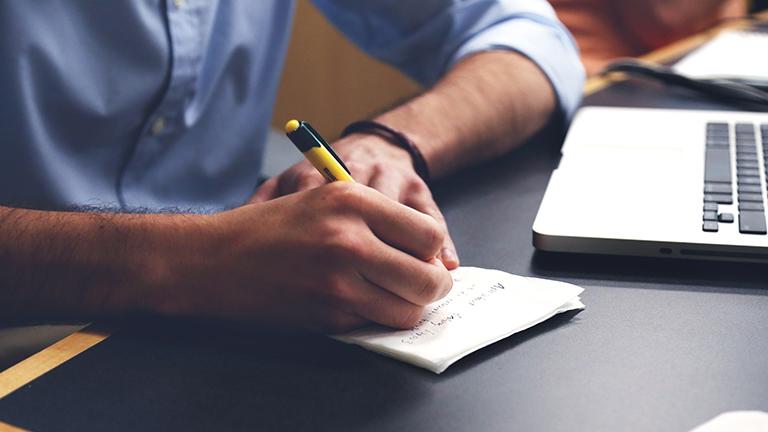 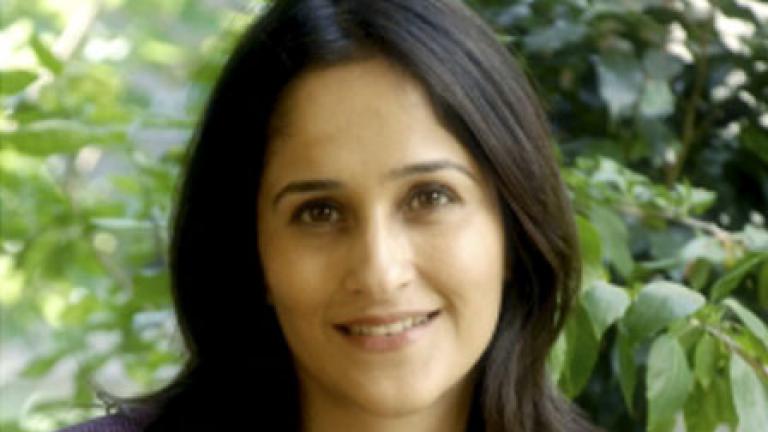 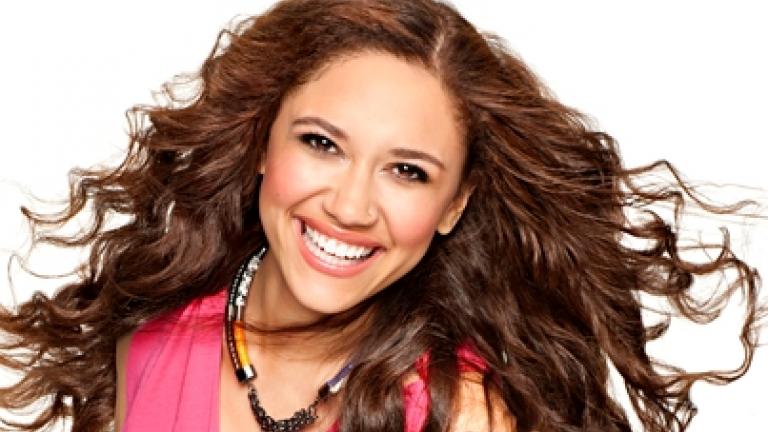