Did a used-car salesman design and build his sleek and sporty luxury car right here in Chicago? Why is there an elephant monument in Woodlawn Cemetery? And what's with symbols on the buildings on Pershing Avenue? Geoffrey Baer tackles viewer questions in this week's edition.

Recently I saw a cool car made by Muntz in the 1950s. Supposedly they were made in Chicago or Evanston. Can you tell me more?

Around 350 luxurious four-seat Muntz Jets were manufactured in an Evanston factory from 1950 to 1952 by aspiring automaker Earl “Madman” Muntz.

The Jet was based on a two-seater sports car by race-car designer Frank Kurtis. Muntz purchased the design and made it more market-friendly by adding a backseat and a liquor bar.

The first 40 or so Jets were made in Glendale, California, with an aluminum body and a 160-horsepower Cadillac V-8 engine. Muntz soon moved production to an industrial area of Evanston and switched the body to steel and the engine to a Lincoln V-8. Production moved to an industrial part of Chicago’s Lakeview neighborhood by 1952.

According to Muntz, the Jet cost $6,500 to build, but he sold them for $5,500 because they wouldn’t sell at the higher price. But eventually, the math caught up with him – in four years he lost $400,000 on the project and gave up the auto-making business.

Earl Muntz was a high school dropout from Elgin who started a used car business at the age of 20. He opened a dealership in Glendale in the 1940s and became famous thanks to a zany advertising campaign in which was pictured as a cartoon character in red long johns and a tri-cornered hat to bolster his “crazy” persona.

In the 1950s, he began a second business manufacturing budget-priced stripped-down black-and-white televisions. (The practice of simplifying complicated electronics is known in some circles as “Muntzing” as a result.)

Below, watch a Muntz TV commercial from 1952.

According to a few sources, including his one-time girlfriend Phyllis Diller, Muntz actually coined the term “TV.” He even named his daughter Tee Vee! But, his TV business collapsed once color TV became the standard.

Muntz went on to market a car audio system he called the Muntz Stereo-Pak, as well as aluminum homes, satellite dishes, and rentals of motorcycles and motor homes. He was still selling electronics until he died in 1987 at 73.

About 130 Muntz Jets still exist and are collectors’ items. Auction houses have fully restored Jets selling for over $100,000.

I have never heard you mention the memorial and the burials to the circus train wreck in Woodlawn Cemetery in Forest Park. There is a large elephant monument there. 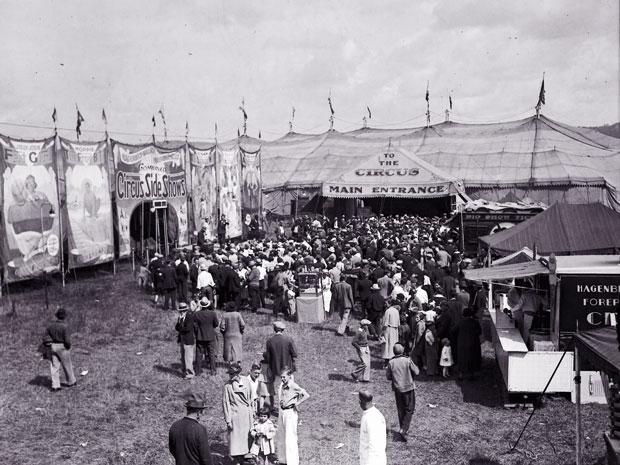 People driving along Cermak Road past Woodlawn Memorial Park might by surprised to spot five granite elephants marching among the headstones. The elephants are part of a 750-grave plot dedicated to circus and carnival performers called Showmen’s Rest that was established by the Chicago-based Showmen’s League of America in 1917. The biggest section of the plot is a mass grave of victims of a horrific circus train wreck that happened in northwest Indiana on June 22, 1918, not long after the plot was purchased.

During this heyday of the traveling circuses crisscrossing the country by rail, the Hagenbeck-Wallace circus train had left Michigan City in the early morning hours and was en route to Hammond for a show. An empty 21-car military troop transport train followed behind it by about an hour, and its driver had fallen asleep. He passed two caution signals, two danger signals, and a warning flare before crashing into the stopped circus train. 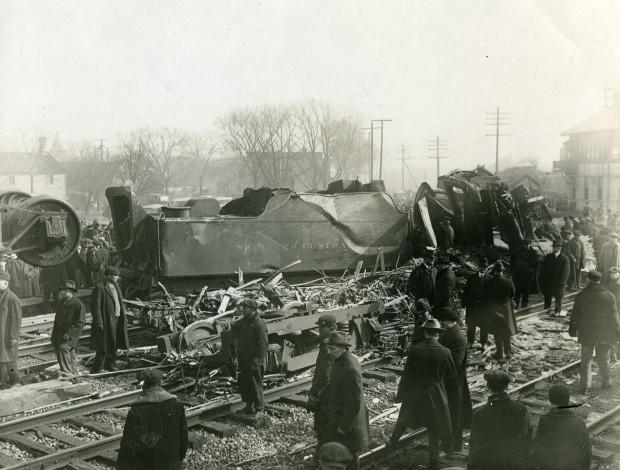 The military train tore through the circus train’s wooden cars filled with crew and performers. Inside the cars, kerosene lanterns set the wreckage aflame. An estimated 86 people died in the fiery crash, and 56 of the dead are buried at Showmen’s Rest.

Some of the headstones were marked with the victim’s performing name, like “Baldy.” But many of the victims couldn’t be identified because they were roustabouts, or short-term workers. They rest under stones marked with names like “Unknown Male No. 41.” 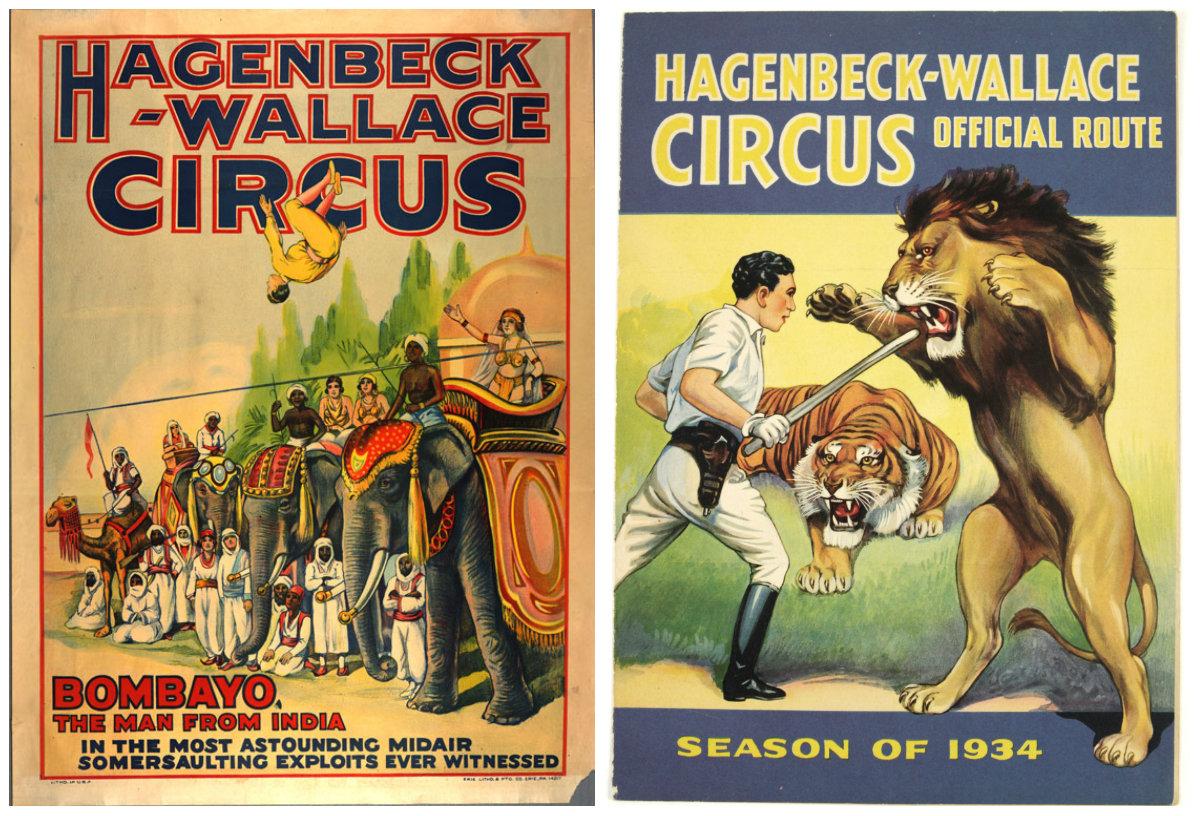 The wreck didn’t spell the end for the Hagenbeck-Wallace Circus though. As they say, the show must go on. The circus picked up just about where it left off, missing only the one show scheduled in Hammond. Hagenbeck-Wallace stayed in business another 20 years before selling to Ringling Bros.

Local legend has it that the elephants mark graves of actual circus elephants who tried to extinguish the fire with their trunks, but no animals were killed in the wreck and no circus animals are buried in Showmen’s Rest.

What were the buildings that are on Pershing Avenue at Wood, Honore and Damen Avenue that have the Navy Symbols on them?

The symbols on these three enormous buildings at 1819 W. Pershing Road are not Navy, but United States Army. The buildings were originally warehouses for the U.S. Army Quartermaster Corps, the unit in charge of managing the Army’s food and uniform supplies.

The Army constructed the three industrial lofts in Chicago’s historic Central Manufacturing District, which some consider America’s first planned industrial park. Hundreds of companies like Goodyear, Westinghouse and Wrigley employed tens of thousands of people in the CMD.

The Central Manufacturing District’s location right next to railroads and the former Union Stock Yards also made it a good place for shipping out Army supplies, which is why the Army sited its warehouse buildings there in 1919 as the country was fighting in World War I. It served as a crucial supply depot again when the U.S. entered World War II. 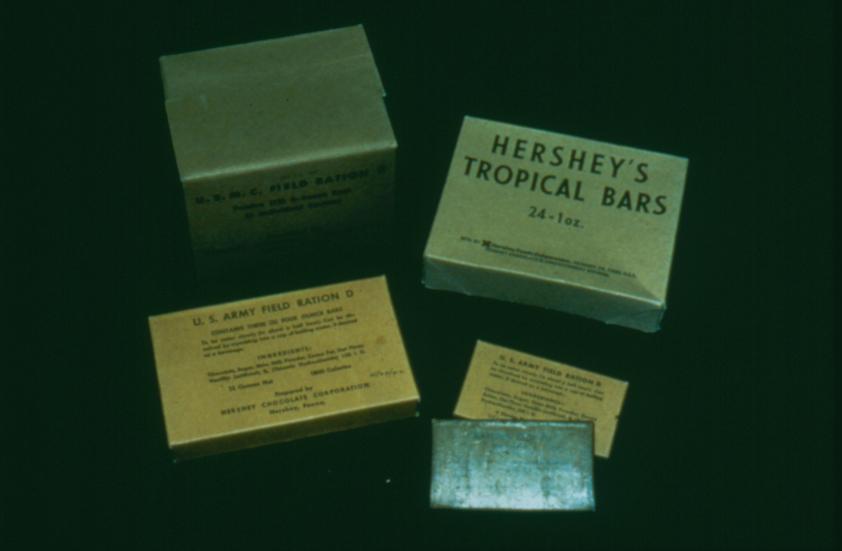 Uniforms and food supplies, including meat from the stockyards, were purchased, processed, stored, packed and shipped to the troops from the depot. A Tribune story from 1941 noted that 30 workers packed 3,600 units of Army C-rations a day at the Pershing Road building.

It’s also where recipes for rations were developed and tested, including a fortified fudge bar for the troops. Depot workers even staged a musical revue there called “Soldiers of Supply” in 1944.

After the war was over, the Quartermaster Corps shifted its focus to procurement and developing new and better food processing and preservation methods. But by the ‘60s, the space had become too big to be useful to the Army and they sold the buildings to the city in the late ‘70s and Chicago Public Schools moved in in 1979.

The old Quartermaster buildings have sat mostly unused since CPS moved out, but if the Old Main Post Office can finally get redeveloped, maybe this white elephant can be next on the list!