With the release of a graphic video depicting Chicago police officer Jason Van Dyke fatally shooting black teenager Laquan McDonald 16 times, we examine how the media has covered this case.

What is the balance to be struck between the public's right to know what actually transpired and the family's desire not to have the video released?

We talk with two longtime Chicago media professionals about the issues raised by the release of the disturbing dash-cam footage.

Joining us to share their thoughts are Chicago Sun-Times columnist Laura Washington and Caryn Ward, an assistant professor at Northwestern University’s Medill School and former executive producer of WBBM-TV in Chicago.

Police Misconduct and Its Cost to Chicago

Earlier this month, the Citizens Police Data Project went online. The searchable database chronicles allegations of police misconduct based on disciplinary information obtained from the city of Chicago, and as of Wednesday afternoon there were 56,362 allegations of misconduct. The database includes the complaint, name of the accused officer and what punishment, if any, was received. It also provides the race and gender of both the police officer and complainant, as well as a map of where the incident occurred.

According to the database, Chicago police officer Jason Van Dyke had 20 allegations of misconduct filed against him, including the Oct. 20, 2014 fatal shooting of McDonald. None of the complaints against Van Dyke resulted in disciplinary action.

In mid-October, the Better Government Association reported the city of Chicago has paid $61.5 million to defend legal claims against police officers since 2011. 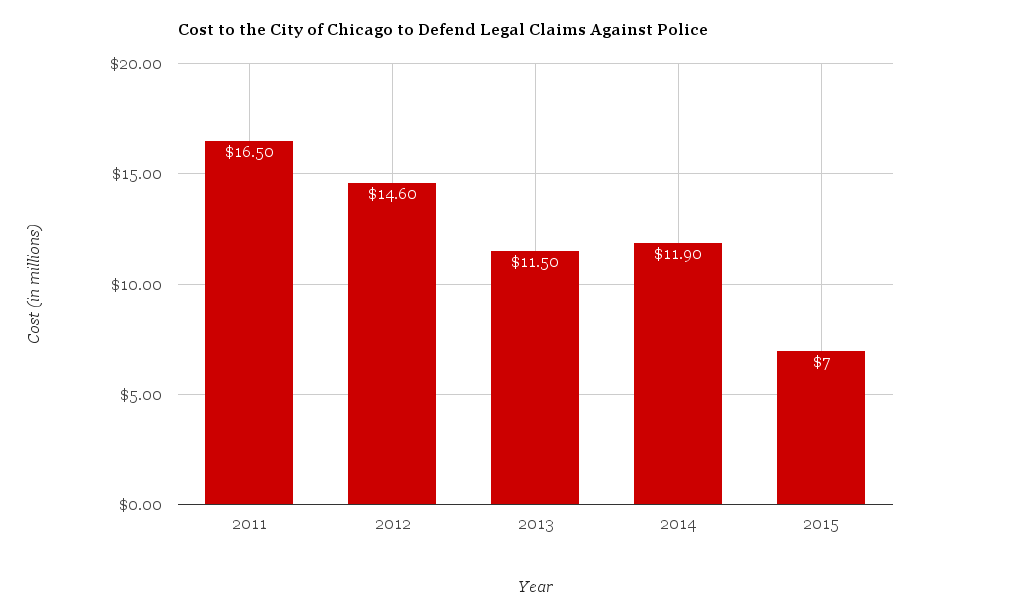 In August 2014, “Chicago Tonight” reported on the city of Chicago’s decision to release the names of Chicago police officers who generate the most misconduct complaints. We also highlighted some of the settlements the city made in 2013.