The Joffrey Ballet just hired 10 new dancers; you may have already met 2 of them


The Joffrey Ballet’s 10 new ballet dancers span six countries, including Russia, South Korea, and Colombia. Their ages range from 19 to 26.

Mixed backgrounds and ages aside, they're now all united by one thread: Joffrey Artistic Director Ashley Wheater saw something in each that helped them make the cut among several hundred applicants.

“I happen to agree with Robert Joffrey that a dancer doesn’t come with one look or one skin color and I think a true dancer comes in all different shapes and sizes,” said the Scottish-born Wheater. “When I look at the company, it’s just such a beautiful tapestry of people.”

In assembling the diverse group, Wheater – who joined Joffrey just before the death of founding artistic director Gerald Arpino – stays in line with past choices of the company, which, under Arpino, embraced both atypical ballet bodies and bold, plot-less ballets. Founded by Robert Joffrey and Arpino in 1956, the Chicago company touts itself as a school of “firsts” – the first classical dance company to commission a ballet based on rock music, the first to have a major motion picture based on it (Robert Altman’s The Company), and the first U.S. ballet company to livestream video of a rehearsal on YouTube.

Joffrey’s most recent addition reflects young dancers who must contend with their own newly emerging public identities almost as readily as they practice their turnout. Last year, Valeriia Chaykina, a dancer from Russia, was cast in an ongoing series from Teen Vogue. In 2011, Colombian-born Joan Sebastián Zamora starred in the documentary First Position, which followed six young ballet dancers preparing for New York City’s Youth American Grand Prix, one of the world’s largest ballet competitions.

Wheater said the exposure provided to dancers via social media and film opportunities rivals his own experience climbing the ranks in professional ballet.

“It’s a totally different world. When I was dancing, first of all, we didn’t have social media and so our days were filled with being in the studio and working,” he said. “And I was really fortunate to have people push me when I was younger, but I do think it’s such a different ball game today.”

A dancer who virtually branded herself into fame, African-American ballerina Misty Copeland has consistently used a combination of social media and self-promotion outside her company, American Ballet Theatre, to drive her own celebrity. In 2014, an online ad she made for UnderArmour received over 9 million views. Her Instagram account, @mistyonpointe, has over 749,000 followers. 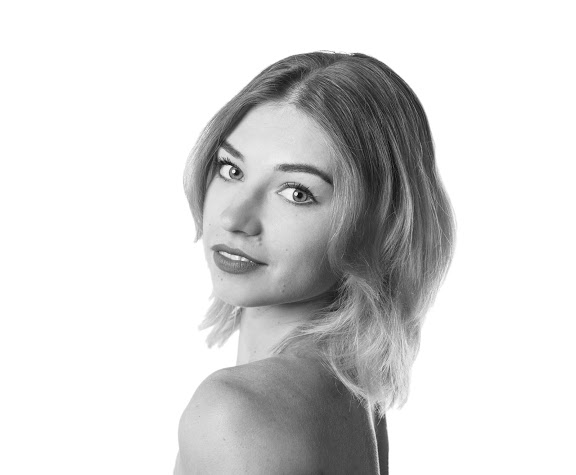 Valeriia Chaykina (Photo by Cheryl Mann) “I really respect Misty Copeland because her life was partly a struggle,” said Chaykina, who already has over 7,000 followers on her own Instagram account. “Social media is such an incredible opportunity for an artist to promote themselves. I got really lucky. But I think for other dancers it’s kind of difficult, because there’s so much competition in ballet now.”

Chaykina, who was born in St. Petersburg and received her ballet education at the Vaganova Ballet Academy, ultimately came to America in 2014 to train with the Miami City Ballet School.

It was there that she was cast for the second season of Teen Vogue’s Strictly Ballet Series, sort of a teen ballet reality show, in addition to being featured in the magazine’s June/July issue.

Watch the trailer for First Position above

After the documentary, the Colombian dancer, now 22, went on to win a scholarship with the School of the Royal Ballet in London and joined the English National Ballet. 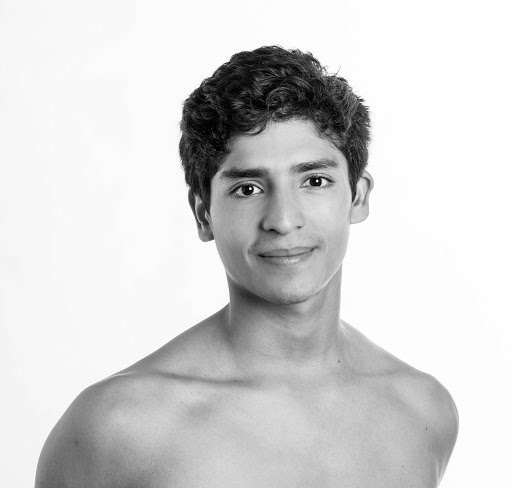 Joan Sebastian Zamora (Photo by Cheryl Mann) “It opened many doors and many windows for people to be able to see me, internationally as a young dancer,” he said. “Now, many, many people know me because of the First Position documentary.”

The new ballet dancers’ path at the Joffrey remains to be seen. They're currently in rehearsal for Joffrey’s Millennials series, which opens Wednesday. (Meet one of the choreographers, Tony Award-winning Christopher Wheeldon, here.) While there’s no set timeline for becoming a principal – a company’s highest ranking ballerina  – the dancers are technically only contracted for one year and, at the end of that time, all 10 will have reevaluations to decide whether or not they’ll continue on.