Illinois is about to begin its third month without a state budget, and the prospects of a compromise between Gov. Bruce Rauner and Democratic leaders anytime soon is grim.

Some state lawmakers even say that at this point, they doubt that an agreement on a spending plan can be reached before the end of the year. In the meantime, the state continues to make statutorily required payments, with spending outpacing revenue by $6 billion.

But many other bills are piling up, and municipalities around the state – including Chicago – are facing grave cash-flow problems while awaiting a lifeline from the capitol.

"Early on when the court decided that we should pay the state employees, it took a lot of pressure out of the system, took a lot of pressure off of legislators and the governor," said Rep. Lou Lang (D-Skokie). "We could do a budget in 24 hours if the governor was willing to sit down and talk about a budget. I think most acknowledge that the governor has a list of things he wants to accomplish that have nothing to do with the budget, and he's holding the budget up over that."

"I don't want to play the blame game too much here," said Rep. Ron Sandack (R-Downers Grove). "Prior to this governor's election we had 12 years of one-party rule, and we had horrible unemployment, we had no growth, we had $5 billion in unpaid state bills ... we had a whole host of bad math, bad facts. We have people in businesses leaving the state of Illinois. There's a total lack of confidence in the state institution as a governing body. So yes, this governor wants to reform the state. I think that's a good thing."

Watch the video to hear our full conversation with Reps. Lang and Sandack. 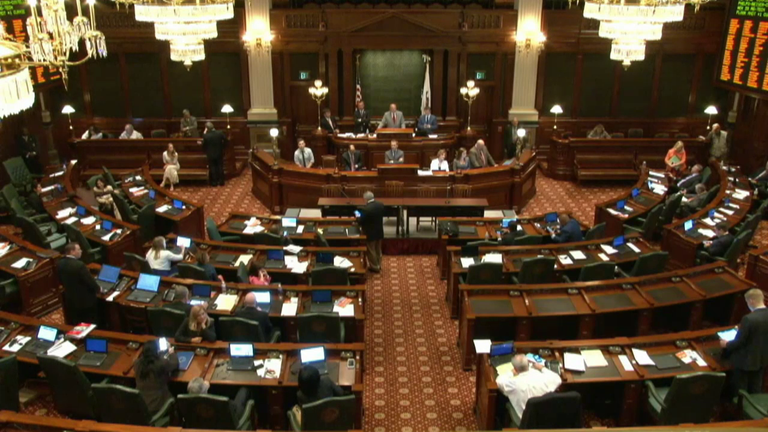