Chicago is already offering free community college tuition to local students, and nationwide, President Barack Obama is proposing a similar plan. Even Loyola University Chicago is creating its own two-year college, opening in the 2015-2016 school year. The need for an affordable post-secondary education has become so urgent that these are the ideas educators and administrators are developing. Historically, however, community colleges have had low graduation rates and low rates of students who transferred to four-year institutions. We talk to the experts about why community colleges have received a renewed focus, and what they need to do to be successful. 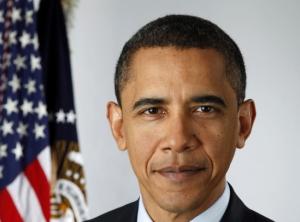 While the idea of providing free community college tuition to students nationwide is laudable, there are several issues that will need to be addressed.

“The first issue is many community colleges have capacity constraints and are very underfunded,” said Sandy Baum, a professor of higher education at the Graduate School of Education & Human Development at The George Washington University. “We’re asking [community colleges] to educate lots of new students if the program succeeds in getting more students into community colleges. That’s problematic without new resources.”

“We need to figure out a way to help students succeed in community colleges,” she said. “There needs to be more structured pathways [for students], not thousands of pathways. We need to work on those problems before getting more students in the door.”

Focusing on enrollment takes away from assisting students who are devoting their time, energy, and money to their education, Baum said, adding without help many of those students could leave community college programs without any marketable credentials or a degree.

As with most things in life, the free tuition comes at a price.

“Cost is an issue in Obama’s proposal. The federal government will pay for most of the tuition and the state will pay the rest of it, and states are already strained and not putting enough [money] into colleges and universities. Where will they get the money? I worry they will take money out of four-year universities,” she said. “If you want to do away with college tuition, you have to figure out how to pay for it. No one has figured that out. A lot [of funding] may be coming from the federal government and maybe from the state, but in order to pay for it you have to acknowledge that you’ll have to pay higher taxes. ”

The Chicago Star Scholarship and Tennessee Promise wouldn’t be as expensive as Obama’s proposal because of their eligibility requirements, according to Baum. In Chicago, students must graduate from CPS with a 3.0 GPA or higher, place into college-level math and English via ACT scores or COMPASS, and enroll in one of the City Colleges of Chicago’s structured, relevant pathways.

“In Chicago, a tiny number are eligible because it requires high academic achievements,” Baum said. “In Tennessee, the way [that] program saves money is if a student is already getting a Pell grant or state grant to pay their tuition, they’re covered already. They are only giving money to people who don’t get that aid, and because Pell grants are higher than community college tuition in Tennessee that means the lowest income students have free tuition.”

Community colleges are the right place for many people, but it’s not for all people, according to Baum.

“Many students should earn certificates and associate degrees at community colleges,” she said. “But for students who aspire to obtain a bachelor’s degree, the probability of them earning the degree decreases if they start at a community college rather than a four-year university.”

While Baum believes that students shouldn’t be paying as much as they are to attend college, she questioned whether or not free community college is a good idea.

“It’s not clear if it should be free. If there is going to be free tuition, I think it should be for four- and two-year colleges,” she said. “I see no reason why low-income students in a four-year university should pay tuition, while affluent students in community colleges are not… Why just two-year colleges? I think there are good ways to help students make college more affordable.”

“Free sounds like a magical word, but it’ll only work if you get people to pay higher taxes,” she added. “It sounds like a good idea, but it’s much more of an uphill political battle.”