What can ancient dogs tell us about early human migration to the Americas? And how are scientists using earthquakes to scan our planet's inner core? University of Chicago paleontologist Neil Shubin joins us with a roundup of local science news.

Although dinosaurs were dominant during the Jurassic period, two tiny rodent-like mammals were also thriving. The discovery of the two new species – Agilodocodon scansorius  and Docofossor brachydactylus – is causing paleontologists to reassess what they thought they knew about mammals in this era.

The two discoveries show that one species, Agilodocodon, was adapted for life in the trees, while the other, Docofossor, lived underground.

Thomas Martin, a paleontologist at the University of Bonn in Germany told Scientific American magazine, that the twin discoveries are revealing a new picture of mammalian life around 160 million years ago.

“The old picture of generalized, ‘primitive’ creatures is no longer valid,” Martin told the magazine. “They lived in the shadow of the dinosaurs, but they apparently flourished in that niche.” 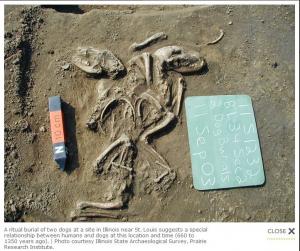 Dogs have been man’s best friend for thousands of years. Now, scientists at the University of Illinois at Urbana-Champaign are using that enduring relationship to tease out fresh information about the migration of both humans and dogs into the Americas.

Previously it was thought that dogs migrated with humans across a land bridge from Siberia to North America at around the same time, but now it appears dogs came over thousands of years after humans.

“Dogs are one of the earliest organisms to have migrated with humans to every continent,” University of Illinois graduate student Kelsey Witt told Science Daily. “They can be a powerful tool when you’re looking at how human populations have moved around over time.”

The Kenyan Wildlife Service is going to use the photographs from tourists and other wildlife enthusiasts, and some clever software developed at the University of Illinois at Chicago, to create a crowdsourced count of zebras and giraffes in Nairobi National Park.

The crowdsourcing count of zebras and giraffes will take place on March 1 and 2. 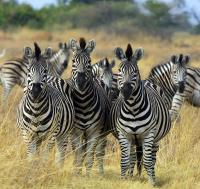 “Their photos will contribute to our knowledge of the ecology and conservation of the zebras and giraffes who live there,” said University of Illinois at Chicago computational ecologist Tanya Berger-Wolf, who directs the overall design of the software that will analyze the photographs. 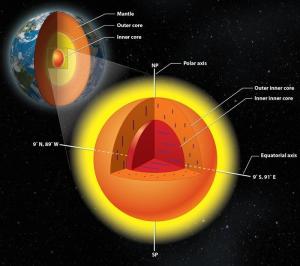 Researchers at the University of Illinois and Nanjing University in China are using the seismic shockwaves from earthquakes to help them get a picture of what the Earth’s core is like.

Using the shockwaves in the same way as a doctor uses ultrasound to image inside a patient, researchers can gain fresh insight into the core’s composition.

One surprising thing they found: the inner core is not a solid ball of iron as previously thought, but instead has two distinct zones.

“The fact that we have two regions that are distinctly different may tell us something about how the inner core has been evolving,” said University of Illinois geology professor Xiaodong Song. “It might hold the key to how the planet has evolved.”