Jeremy Josse has worked in the financial services sector for more than 20 years and has always looked to explore the philosophical paradoxes within the industry. At first glance, many wouldn't think these two concepts mix well. But Josse's new book, Dinosaur Derivatives and Other Stories, examines financial conundrums and economic concepts we accept at face value in a series of philosophical case studies. We explore some of the stories found in the book with the author.

Read an excerpt from Chapter 1. 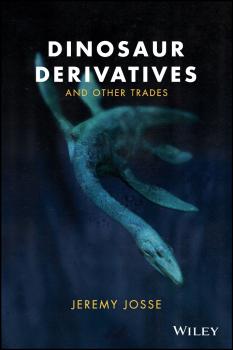 I want to begin our travels with a tale told to me some years ago by a close friend. To maintain the anonymity of my friend I shall just call him Karl. Karl’s strange story relates to an auction he once attended at a very elite auction house (which shall also remain unnamed) in a relatively unknown street in downtown Manhattan. The auction occurred at a time of great financial uncertainty. And Karl, as it happened, had never previously attended an auction at this establishment.

The auction was held in a beautiful room furnished with a variety of antiques. The ambience was stately grandeur—oak paneling throughout, some fine Colonial-style windows and a preciously carved cornice. Most striking, in Karl’s view, was a long painting in a rich gold frame that occupied one wall. It was an oil painting, in mock Renaissance style, showing a scene depicting a herd of dinosaurs. They were of many types—a large group of scaled Stegosaurs drinking water from a small lake; or a lone Diplodocus in the background, its long neck stretched to reach the branches of a prehistoric palm tree. In the distance, at the top of the canvas was a Pterodactyl flying over a group of Triceratops. Most curious of all, to Karl, was one small Raptor in the foreground. It seemed to look obliquely out at the audience with a captivating glare. According to Karl, he thought he even heard the Raptor speak in an antique and bestial tongue, saying, “Here we sell the particularly absurd. Come and buy, my friends!”

The layout of the room was typical of a high-class auction room. A dais in front bore the podium where the auctioneer would stand. Behind the dais, on the back wall, was a large electronic screen that remained dark as participants entered the room. Arrayed in front of the dais were rows of chairs.

Flanking one wall were desks with telephones. Before the bidding commenced, agents positioned themselves at the desks ready to place and receive calls.

Karl was among the first to arrive. As he waited patiently, the room gradually filled. A lady entered who, it soon became apparent, was the auctioneer. She took her place behind the podium and in short order the auction was under way.

Never had such a strange auction been held. In some 10,000 years of bartering and trading, never had there been anything quite like this. Try as he might, Karl could not recall any episode of human commerce, from the first loans in Mesopotamia to the ancient bazaars of Arabia and the Silk Road, when there had been an auction so defying the premises of economic rationality. Who could have imagined that trade would come to this?

For as Karl soon learned, the assets being auctioned—hinted at in the dinosaur painting—were many derivations removed from physical reality. The first item being sold, just as one example, was no less than an option to buy a Megalodon. (In small print on the auction list, it did state that the option could be exercised only in the event that a Megalodon “should become available.”) For the benefit of the uninitiated, the listing also noted that a Megalodon was a prehistoric shark that had become extinct many millions of years previously.

A number of clauses were added to clarify the terms of the sale of the option. The clauses stated that the option was robust and universally applicable across most world jurisdictions. Wherever this Megalodon might be found, the option would give a legally binding right to the holder to call for the beast.

In fact, however, it mattered very little whether the Megalodon ever materialized. The term on the option was many centuries long and investors had been actively buying, even trading, the option for some period prior to the auction. 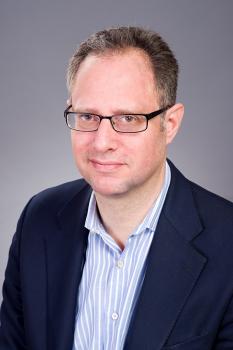 The screen at the back of the chamber now showed a huge, clear image of a Megalodon. The shark was unimaginably large. The screen was dominated by the beast with its mouth gaping open to reveal three rows of white, triangular-shaped teeth. The body of the Megalodon was sleek and grey— somewhat resembling a shark, though more bulbous and massive than any now alive. Its streamlined body seemed perfectly suited for rapid aquatic attack. In fact, it was hard to imagine that a beast with such a voracious aspect and vicious jaws could have lost out in the evolutionary game and become extinct.

Inset at the bottom left-hand corner of the screen was a real picture of a set of fossilized Megalodon teeth. To convey the dimensions of the fossilized jawbone, a museum curator was depicted standing inside the gaping maw, clear evidence that the diameter of the animal’s mouth was greater than the height of a human body.

The image on the screen, Karl told me, seemed even to have a three-dimensional quality that no doubt stirred a response in the audience. It was as if the very image of the Megalodon created the strongest incitement to bid. The vivid picture made a profound impression on the audience—and, no doubt, added a compelling impetus to the excitement and marketing appeal of the call option.

Bizarre though it was, the auction of a Megalodon call option came as no great surprise to Karl. The auction house had been promoting it heavily over an extended period of time. Karl was reasonably well-to-do. Hence, he had been specifically targeted by this auction house. He had been told that this offer was only open to an exclusive group of High Net Worth investors. Judging from the sales literature Karl had received and the calls from reps, Karl had amassed sufficient assets to have recently entered into this exclusive club.

As he observed, bidding for the option soon became hot, even aggressive. Bids came in thick and fast from a large pool of speculators. A man in a fedora was quite active. A number of old ladies were perched nervously on the edge of their seats. Another gentleman, standing calmly by a post, seemed to maintain an icy calm. Near the front was a couple bidding in unison, secretly whispering their strategy in each other’s ears. There were also hidden bidders, their presence indicated by the ranks manning the desk phones.

In fact, the phone bidders were especially active. Those manning the phones, themselves agents of the auction house, conferred furtively with their distant clients. To conceal the exact nature of their conversations, they spoke behind cupped hands. In repeated outbidding, these phone-based investors often topped offers coming from those in the immediate audience. The “big money” seemed to be with the phone buyers. To Karl it seemed obvious that the participants who would never deign to appear on the scene were the ones driving the market. (In our later conversation, Karl told me of his private suspicion that the phone bidders were themselves colluding. In fact, he pondered the question of whether there were any callers at all on the other side of those phones.)

Unsurprisingly, the option eventually went to one such telephone bidder. Since the name was never revealed, the audience had no way to tell whether it was the auction house itself that had won. In any event, the moment the hammer fell, calm descended. What had been a rising frenzy of speculation was brought to an abrupt halt by the auctioneer.

But the bidding was far from over. Soon other assets were presented before the eager audience. There were many curious ones, including even a letter of credit presentable on the coming (or second coming—which ever turns out to be first) of the Messiah.

As the auction continued at a furious pace, Karl found himself beginning to dissociate. Later on, when he confided in me, he told me how he felt all the trade occurring in that room amounted to an intensely refined essence of pure contractual dystopian risk. Sitting there, surrounded by throngs of bidders chasing after obscure bearer notes, negotiable instruments, and oblique rights of all kinds, he began to experience a spinning, unbalanced sensation. (I could relate to this: it’s a feeling I’ve felt in many a business meeting.)

Equally unsettling was the way more people flowed into the auction chamber like flies attracted to the glowing light of the market. There was a sense that something important must be occurring here. Many bodies started to fill the back of the chamber where no seating remained. Some of these new entrants began to buy, but it was obvious to Karl that many had simply come to gawk at this grand enterprise. They looked on in astonishment, but there was also envy in their expressions—as if to say, “If only I could play in this high-stakes game!” The air in the room became stifling. As Karl later explained to me, he began to feel physically oppressed. The mood in the auction rose to a fever pitch. It now seemed like a creeping psycho-pathology had gripped the room. In that chamber the market had taken on its own energy. Amid the clamor of bids, it was as if the collective were giving birth to a deranged new child.

Ultimately, Karl himself was overcome. “What nonsense! What a mania!” he finally called out. He stood up bewildered and then collapsed on the floor. After that everything went black. Read the rest of Chapter 1 here. 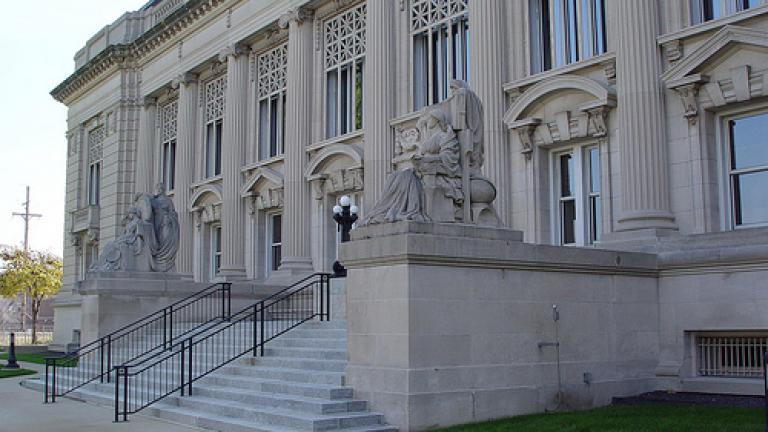