Illinois still has one of the worst funded pension systems in the nation. But reform efforts seem to be at a standstill until the Illinois Supreme Court rules on the constitutionality of a pension bill passed last year. The court is scheduled to hear arguments in March. In the meantime, what can Illinois lawmakers do? Are there steps that can be taken to lessen the $100 billion liability? We discuss with our panel which states and systems are getting it right, and some best practices that could be employed to ensure healthy reform. Joining us are Louis Kosiba, executive director at Illinois Municipal Retirement Fund, Ted Dabrowski, Vice President of Policy at Illinois Policy Institute, and Ralph Martire, Executive Director of the Center for Tax and Budget Accountability.

Read an interview with Jim Naughton, assistant professor of Accounting Information and Management at Northwestern University's Kellogg School of Management.

What is the overall picture for state pension systems nationwide? 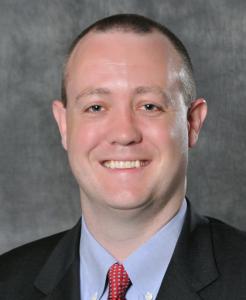 Most are underfunded and some are clearly worse than others.

How did we get to this point?

Nationally, there are two fronts at play. One is sort of the big one, which is the way states are required to fund these plans. This is left to the discretion of the state for the most part. Only half of the states have provisions that required [them] to make contributions. Look at the plans in worse shape—Illinois is one of the worst—the reason for that is because at some point politicians thought it was not necessary to put money in. It’s no different than paying your credit card bill. The balance goes up, and at some point, it becomes difficult to pay. Most states are underfunded at varying levels in part because when contributions were made, nobody made extra contributions. They made what they had to and that was defined in a way that it’s pretty low.

What are some of the trends in public pension funding?

When you look at the states that have the lowest per capita underfunding, it’s generally not because the benefits are less generous. One of the perceptions people have is pensions are so generous and that’s why we’re in a funding disaster. From what I’ve seen in academic research, that’s not true. It’s because of past contributions. When you look at states that are in better shape in terms of what they’re doing, they’re not doing anything. They’re making contributions. States that are in bad shape are waking up and realizing they are behind and asking, “What can we do?”

Most of the things they are doing differently are taking piecemeal adjustments, things like COLAs. It’s a valuable benefit, but it’s only a small piece of the overall problem. We got into the situation by not paying the bills on time. [With this] you’ll get a little break because it’s one less bill, but you still have a bill out there. Things I’ve seen are really just trying to make someone else pay the bill—shift the funding from the state to the municipality—or remove small pieces of benefits.

What are some lessons learned from other states in terms of funding pensions?

Interestingly, there’s been discussion on switching from defined benefits to defined contributions. There have been states that did switch. I believe West Virginia did. At one point, [West Virginia] voted to switch back [to a defined benefit system]…. I was an actuary for many years, and most research shows that defined benefits are more efficient vehicles to provide retirement income, particularly for people who stay for a career which is very typical for public service employees—firemen, police, teachers. For most systems, that’s found as the best approach.

The things states have done are to try and clean up these sweetheart deals that are given, like the last year you’re a teacher, you teach an extra class and bump your pay. I’ve seen things particularly with fire chiefs; they will receive a full pension by retiring several years early. These special sweetheart deals cause outrage, but they’re not the main problem. There needs to be more rigid formulas in place for use of political discretion. In terms of the bigger picture, really having fiscal rules that require you to make a contribution and that contribution reflects a reasonable funding schedule.

Most of my research is about why bad accounting makes bad decisions. One of the things I point to is the underlying accounting is not that good. The problem accounting allows for bad decisions to be made…. Because Illinois hasn’t been contributing [to its pensions], the state viewed workers as less expensive than they are. We’ve hired more workers over time than we can afford to pay. The issue with pensions isn’t just the hole, but the systems put in place to see the costs going forward. As bad as people think the situation is with underfunding pensions, there’s potential for it to get worse if we don’t get accurate numbers for what things really cost.

For example, let’s say the state has $100 in revenue and it thinks it can hire 10 workers because each worker costs $10. But if the state did the accounting correctly and looked at the value of benefit, each worker costs $20, so it can hire five instead of 10. If you look at public payrolls, there’s a lot of evidence of decisions made in the past about hiring people that didn’t incorporate costs.