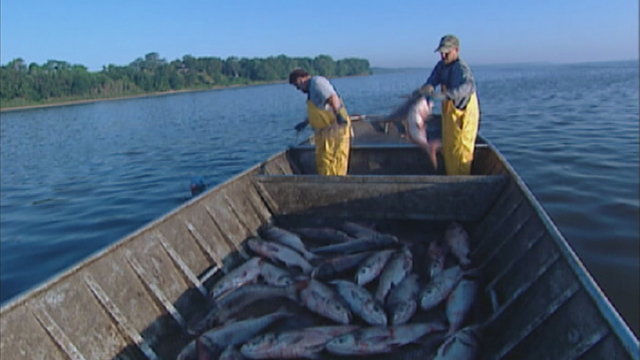 The Army Corps of Engineers is looking for public input on its plans to keep Asian carp and other invasive species from the Mississippi River Basin out of the Great Lakes. The Corps is focusing on redesigning the Brandon Road Lock near Joliet.

The battle to keep Asian carp out of the Great Lakes has moved downstream. The location of the lock and dam--just before the Des Plaines River and the Chicago Sanitary and Ship Canal divide--is the key, according to the Army Corps of Engineers Project Manager Dave Wethington.

“The Brandon Road control point is located here at the base of the Chicago waterway system,” Wethington said. “It's unique because it allows a single control point to control for all five of the potential ways that a species could move from the Mississippi River Basin toward the Great Lakes.” 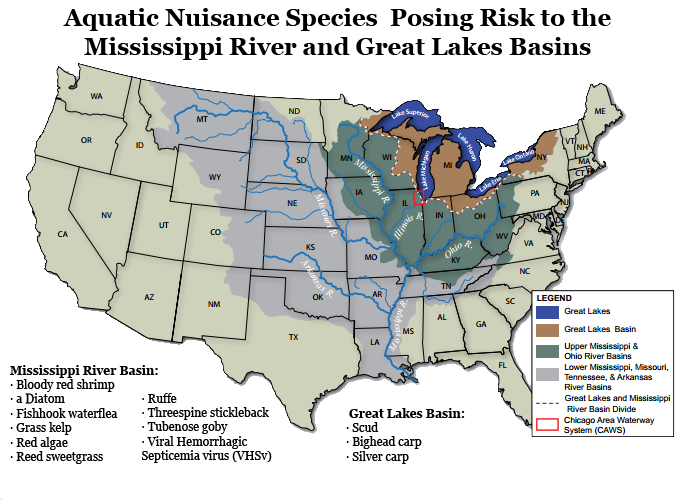 “The GLMRIS lock is a flushing lock. Basically, it controls for floating species that may be entrained or pulled with the barge tow as it enters into a lock chamber,” Wethington said. “A vessel comes in and it brings in the aquatic nuisance species that is in the same basin at that point in time. A flushing action is then initiated, pushing all the water that’s currently in the lock back out toward the direction from which it came; thus allowing that lock to be opened from the other side, having [been] cleaned of any type of floating aquatic invasive species that would have been entrained in that barge tow.”

This type of lock has never been used before, but Wethington says the Corps is optimistic.

“We believe that this works. As a group of engineers, we feel pretty strongly that it may work,” he said. “But we certainly need to spend some time really sharpening our pencils and identifying what kind of volumes you’d have to move, what kind of efficiencies you would get, what kind of impacts there may be on existing navigation transit times. Weighing all of those together will really be the telltale sign of how well something like this may work.”

View the estimated costs and completion times for the alternative plans.

Those who operate commercial vessels in area waterways say they are concerned about all but the last option.

“I object to anything that will impact the flow of commerce on the Illinois Waterway,” said Lynn Muench, senior vice president for regional advocacy at American Waterways Operators. “So obviously most structures, if they are within the navigation channel, would somehow impact that flow of commerce.” 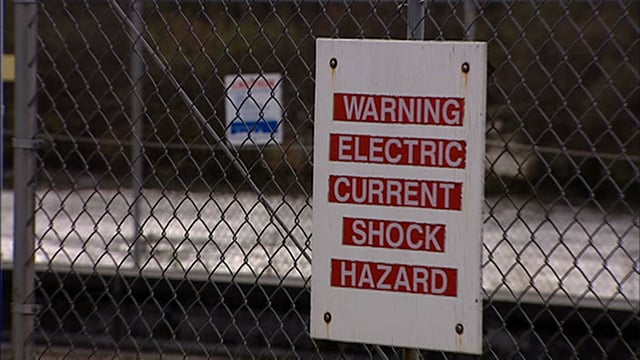 Muench said it’s not clear if the proposed GLMRIS dam, which would flush out water, would impact the flow of commerce. And that lack of clarity is part of the problem; she wants to know about the impacts.

But environmental activists say invasive species have the potential to create an economic and environmental disaster in the Great Lakes. They say the surest way to stop that is a permanent separation of the watersheds. They look at the Brandon Road Lock and Dam proposal as just a short-term solution. 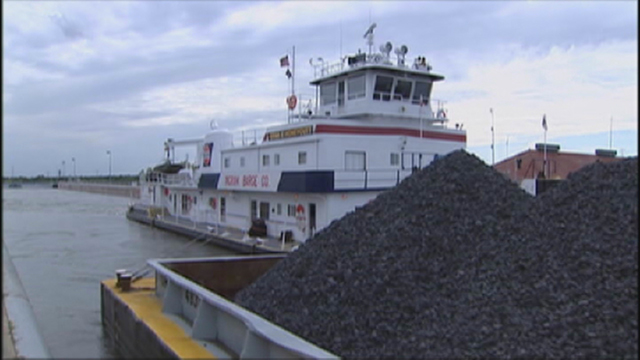 “It's definitely not a full solution,” said Sierra Club Clean Water Organizer Katrina Phillips. “It's not permanent prevention, and it's not two-way prevention. So, it wouldn't be a complete solution that we would be comfortable with long-term.”

Any solution, either short- or long-term is many years away.

“It will take about two to three years to come up with the decision documents that our chief engineers would give to Congress, and at that point in time, it’s up to the Congress to authorize and appropriate those dollars,” Wethington said.

In the meantime, he said an electronic barrier located further upstream from the Brandon Road Lock and Dam is doing an effective job of keeping Asian carp from getting in to the Great Lakes.

No matter what option is chosen, the costs for keeping invasive species out of the Great Lakes are staggering, at least according to the Army Corps’ projections. It would cost more than $1 billion to build the new lock at Brandon Road, but the Corps says it could cost up to $18 billion to engineer a permanent separation between the Great Lakes Basin and the Mississippi River Watershed.