Rauner and the Gubernatorial Election

The Nov. 4 election is rapidly approaching, and Republican gubernatorial candidate Bruce Rauner isn’t any closer to revealing his plans for running the state. Rauner recently appeared before Crain’s editorial board, and Greg Hinz joins us to talk about Rauner’s visit and the upcoming election.

“Pat Quinn is a totally and completely undisciplined individual,” Washington said in the clip. “[Quinn] thinks this government is nothing but a large easel by which he can do his PR work.” 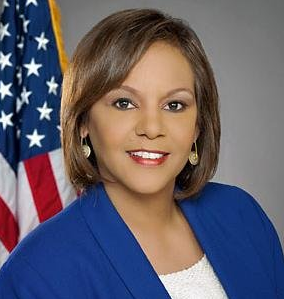 Mayor Washington’s legacy was one of service, diversity, and inclusion. He opened up the city contracting process to many women- and minority-owned businesses. It is offensive that Bruce Rauner would try to invoke the words of the late Mayor Harold Washington to attack our Democratic Governor – Pat Quinn when it does not appear that he has made diversity a priority in his businesses.

Illinois Democrats are united and working hard to implement policies that will improve the lives of all citizens including: raising the minimum wage, bringing economic development to our hardest hit neighborhoods, and finding solutions to abate the threat of gun violence. It is my sincere hope that the citizens of Illinois will see the seriousness of the issues at stake and turn out to vote for Democrats in this election - including Governor Quinn.

During a Springfield visit Wednesday, Quinn addressed the ad, brushing off its potential impact on minority voters.

“I think that people know where I stand…every public office I’ve served in I do the right thing, all the time,” Quinn said. “I’m going to do well in the election.”

Quinn also thinks the ad is ineffective because it is coming from Rauner who, according to the governor, doesn’t represent minority needs.

“Consider the source,” Quinn said. “We’re talking about a person who on his executive staff had zero African-Americans out of 51 people.”

That statement echoed Quinn’s latest radio ad slamming Rauner for failing to hire any African-Americans at his investment firm.

“You couldn’t find a single qualified African-American to work for and represent your firm?” The ad said. “And now you’re running TV ads claiming how close you are to our community?”

Although Quinn says he’s unshaken by the attack, the ad is part of Rauner’s latest efforts to decrease African-American support for the governor. Rauner met with black ministers Monday looking to gain the support of their congregations. Rauner spoke to ministers and press at MacArthur’s restaurant on Chicago’s West Side, promising his administration would work to address their needs. A promise some ministers believe he’s proven true.

“He has demonstrated that in building schools [and] building YMCAs,” the Rev. Stephen Thurston said during the press conference.