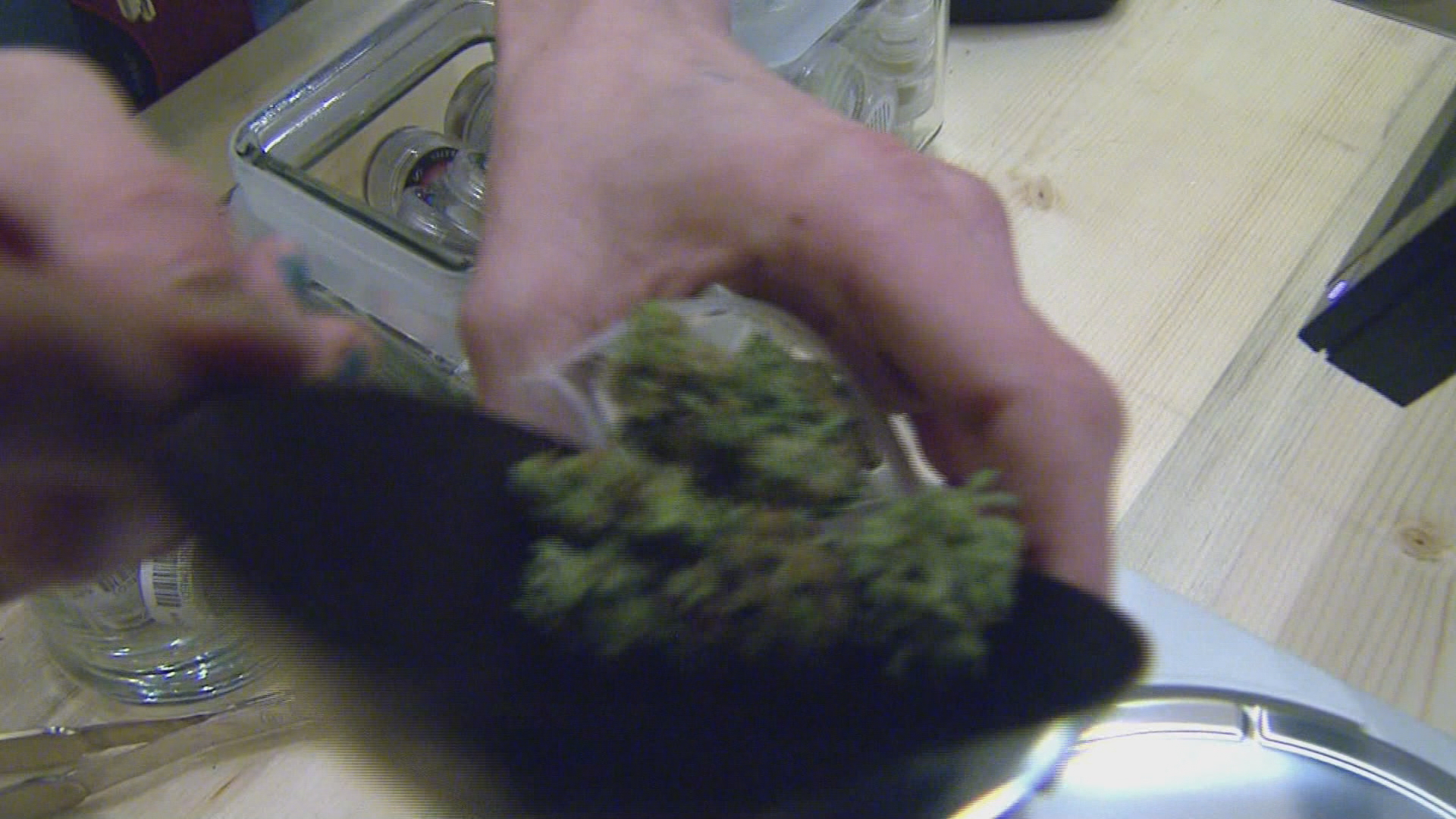 That ordinance was passed by the City Council in 2012, allowing police officers to issue tickets to people caught with 15 grams of marijuana or less, rather than arresting them and taking them to jail.

The mayor, who was joined at the panel by Police Supt. Garry McCarthy as well as Family and Support Services commissioner Evelyn Diaz, says that move has freed up officers' time, so they can focus their attention on more serious or violent crimes.

Emanuel also proposes reducing possession of a gram or less of a controlled substance from a Class Four Felony, to a Class A Misdemeanor.

He argues that such a small amount is often for personal use, not distribution, and offenders should receive drug treatment instead of jail time, as those individuals are less likely to commit more crimes in the future.

The mayor argues it'll do more than just save money by reducing the numbers of people in jails and prisons.

“It’s time, in my view, to free up our criminal justice system to address our real public safety challenges and build on the progress that has been made,” Mayor Emanuel said.

Most lawmakers say the idea of reducing penalties for small amounts of drug possession is not a new idea; many of them have discussed it in Springfield before. 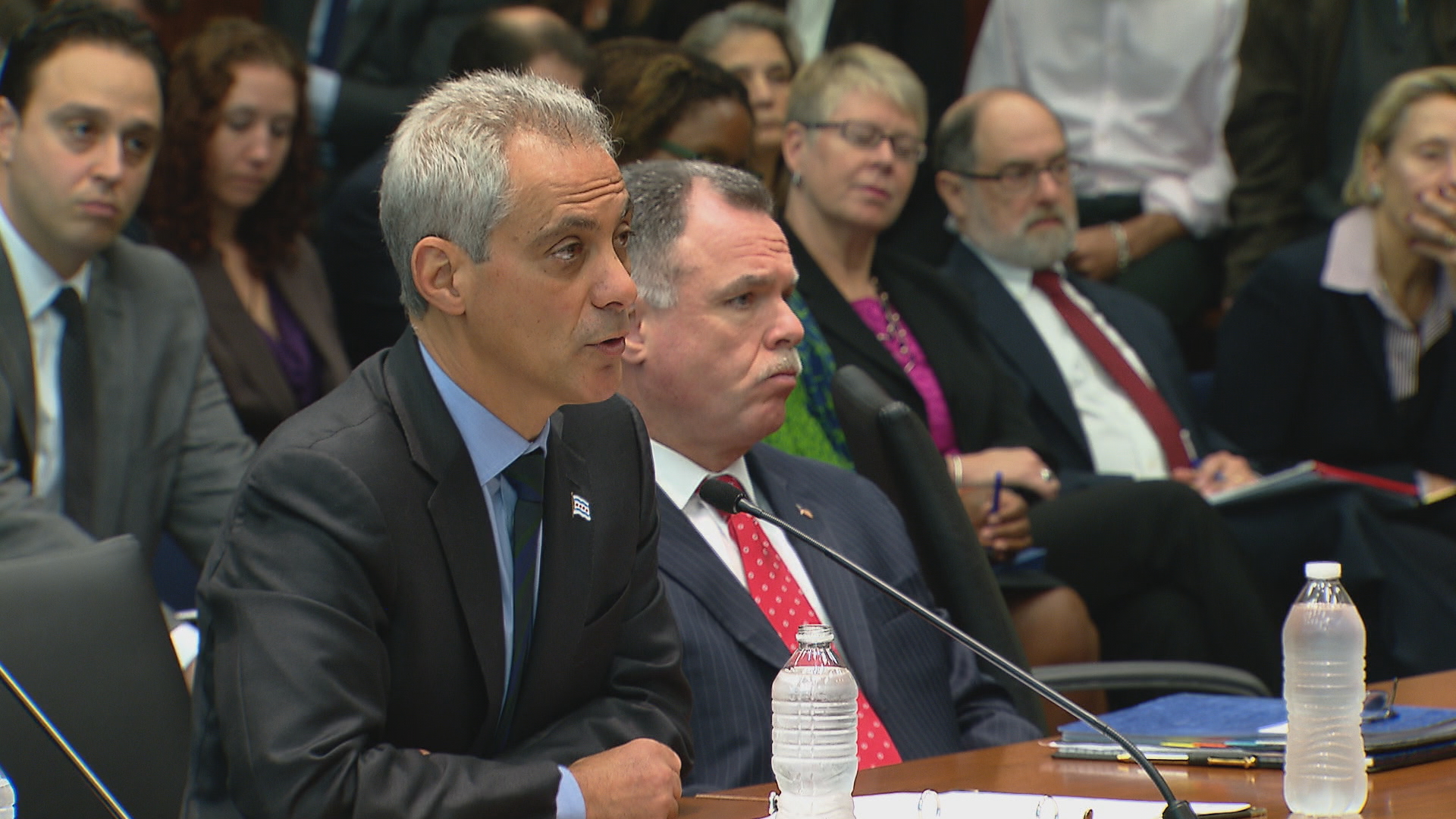 But reporters also asked lawmakers whether they think the mayor's proposal is tied to the mayor and superintendent's push for mandatory minimum sentencing on gun charges, and there were some contentious moments between one of the lawmakers and Mayor Emanuel.

“I think the problem is grave enough where we see shootings every week, and we see a system that doesn’t work for all Illinoisans that there’s a real sense of urgency for the first time on this issue,” Rep. Mike Zalewski said. “So my sense is we’ll be able to pull together; a package at the beginning of next year that can hopefully pass the General Assembly.”

Rep. Zalewski says he expects whatever legislation this committee produces by the end of the year will have to include a host of ideas that'll appeal to everyone in the General Assembly in order to get some sort of reform passed.

The committee also heard from representatives from the American Civil Liberties Union, along with the Vera Institute of Justice testified, as did Marc Levin, the policy director of the Texas-based Right on Crime Initiative which proposes conservative ideas on criminal justice.

“These 7,129 Class Four offenders coming in for low-level drug possession, shoplifting of $300 or more and such, they’re staying so briefly especially with the jail time served already credit for that,” Levin said. “There’s no time to do any programming; to actually make a meaningful difference in their recidivism rates.”

Levin commended the state for some of the steps it's taken, but offered advice on more that can be done, especially in regard to drug offenders.

Levin recommended something other states have done; shifting resources to the county level and use a drug court for mandatory probation and treatment for low-level drug offenders.

He suggests considering medical parole for those offenders who've served a significant amount of their time and are so physically ill that they're no longer a threat.

And additionally, he noted a report from the Illinois Sentencing Policy Advisory Council which noted that enhanced sentencing, or mandatory minimums show no effect on reducing recidivism rates for people who've been convicted on unlawful use of a weapons charge.