Chicago Tribune Pulitzer Prize-winning architecture critic Blair Kamin has the latest on the work at Maggie Daley Park and the architectural team picked to build the Lucas Museum.

George Lucas recently announced the architectural team for the Lucas Museum of Narrative Art which will include two Chicago-based architecture firms. Jeanne Gang, who heads the locally based Studio Gang Architects, will design the landscape around the building and a pedestrian bridge that will link the museum to Northerly Island. Ma Yansong, who founded Beijing-based MAD Architects, will design the building for museum.

Chicago-based VOA Associates will be the museum’s executive architect and will be responsible for details like construction drawings. The design for the Lucas Museum of Narrative Art will be introduced later this year. 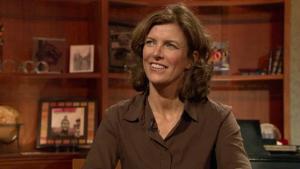 Jeanne Gang is the founder and principal of Studio Gang Architects, a Chicago-based collective of architects, thinkers, and designers. Gang’s work has been honored and exhibited at the International Venice Biennale, MoMa, National Building Museum, and the Art Institute of Chicago. Her recent works include the Aqua Tower, Northerly Island framework plan, Nature Boardwalk at Lincoln Park Zoo, and Columbia College’s Media Production Center.  She is a graduate of the Harvard University Graduate School of Design, and she has taught at Harvard, Yale, Princeton, and IIT. 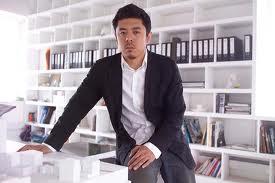 Ma Yansong is the founding principal of Beijing-based firm MAD Architects. He is the first Chinese architect who won an overseas landmark-building project. His work includes Absolute Towers, Beijing 2050, Hutong Bubble 32, Ordos Museum, and Fake Hills. Ma has been honored with the Young Architects Award by the Architectural League of New York, named one of the “20 Most Influential Young Architects” by ICON magazine, and awarded the Young Global Leaders by World Economic Forum, among other honors. Ma graduated from the Beijing Institute of Civil Engineering and Architecture, and holds a Master’s Degree in Architecture from Yale University. He is currently a professor in Beijing University of Civil Engineering and Architecture. 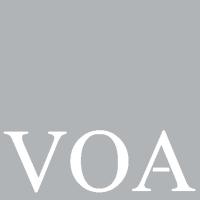 VOA Associates Incorporated was founded in 1969 by Wilmont Vickrey and established in Chicago as well as Orlando. Over the years, the firm has expanded nationally and internationally. VOA has earned more than 200 local and national awards for design excellence, including the 2004 IIDA National Design Award: Best of Competition for the ABN AMRO Plaza in Chicago, the AIA Chicago Chapter Divine Detail Honor Award for the Illinois Department of Natural Resources in Springfield, and was the 2013 Finalist for the SBID International Design Awards for the Renaissance Shanghai Putuo Hotel in Shanghai.

View a map of the proposed location for the Lucas Museum of Narrative Art.