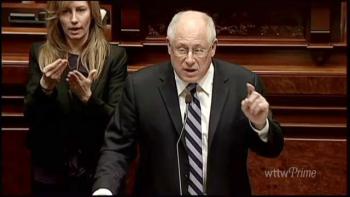 Months of speculation are over as Gov. Pat Quinn today decides to keep income tax rates where they are. He says the move proves he is talking straight to people, while Republican gubernatorial challenger Bruce Rauner says it’s Quinn's biggest broken promise of all.

“If action is not taken to stabilize our revenue code, extreme and radical cuts will be imposed on education and critical public services," said Quinn during his speech, which clocked in under 30 minutes. “Cuts that will starve our schools and result in mass teacher layoffs, larger class sizes and higher property taxes. We cannot stand by and allow savage cuts to schools and these critical services.”

But Rauner disagreed with the governor's premise that the situation would be that dire without the added tax revenue.

“We can balance the budget without more tax increases if we create a growth economy, and restructure and reform our broken government,” said Rauner. “That’s what I’ll do as governor.”

After touting the areas in which he'd cut government, Quinn proposed an increase in education funding of $200 million. He said he'd plan on expanding that by $6 billion over the next six years. He also provided relief in the form of a $500 property tax refund to all Illinois homeowners, regardless of how much the home is worth.

“Homeownership and home-buying are essential to our economy. And thanks to the fiscal reform progress we’ve made over the past five years, today we can provide Illinois families with significant new property tax relief,” said Quinn. “An annual property tax refund that is fair, substantial, and permanent.”

The relief package might not make renters too happy, and it'll cost the state between about $500-600 million this year; contrast that to letting the income tax roll back - which would've cost around $1.7 billion.

Quinn took a direct shot at Rauner during his speech, saying that "anyone who tells you that Illinois can tax less and spend less, and still expect to fund education, are simply not telling you the truth.” 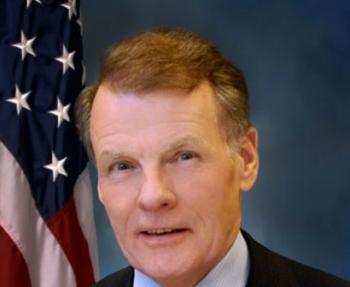 "I commend the governor for his political courage and honesty. Unlike previous governors who didn’t admit up to the problems of financing this state, Gov. Quinn has come in here today and just as he said, he told the truth," Madigan said. "He laid the cards on the table. If we wish to continue to provide the level of services which we have become accustomed to for education and other purposes, then the income tax increase should be extended.”

Speaker Madigan also pointed out he'd like to see relief for business as part of a budget package, and has called for an additional 3 percent surcharge on millionaires to fund education. The General Assembly would have to pass that as a referendum for voters to vote on in the fall; no word on whether the Speaker plans to get that out this spring as well. 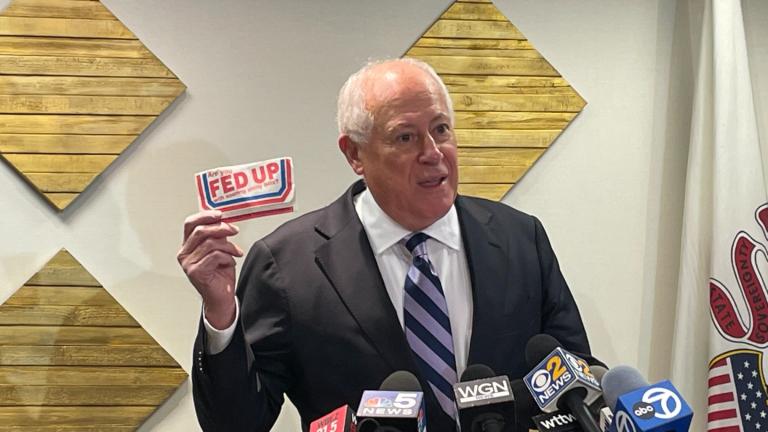 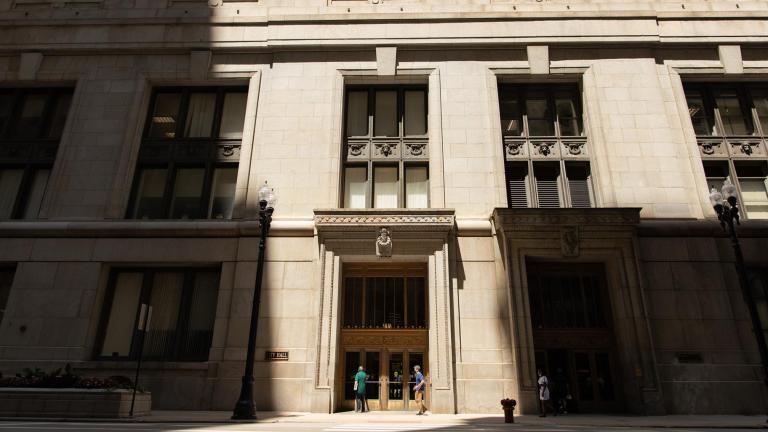