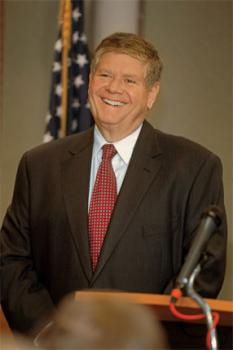 Jim Oberweis is a successful entrepreneur, family man, and common sense conservative. He is an entrepreneur with a proven track record of job and wealth creation. Over the course of his four-decade career as a small businessman, he’s helped create thousands of jobs right here in Illinois. He knows first- hand how high taxes and burdensome regulations can prevent businesses from expanding and creating the new jobs we need, and he’s committed to reforming government to help create a more growth-friendly environment.

After graduating from the University of Illinois, he took his first job as a math and science teacher at Waldo Junior High School in Aurora. Soon thereafter, he launched a career in the financial services industry, eventually launching three no-load mutual funds. Today, Oberweis Asset Management manages approximately $1 billion in growth stock assets.

Jim also serves as the Chairman of Oberweis Dairy, a business founded by Jim’s grandfather, Peter, who began delivering milk to his Aurora neighbors in 1915. Twenty-five years ago, Jim purchased the family business and developed and implemented a successful strategy for growth: Under Jim’s leadership, the Dairy has grown from a small home delivery company with one ice cream store and 50 employees, to 46 ice cream stores with more than 1,200 employees. During that time frame, annual sales have increased more than ten-fold.

In both of these entrepreneurial ventures, Jim has learned first-hand the joys and struggles of the small business owner, as he has gone about creating jobs, growing the economy, and ensuring that expenses don’t run ahead of revenues.

Jim’s life experiences have led him to be a common sense conservative: pro-life, pro-2nd Amendment, pro-tax cut, pro-spending cut, and pro-growth. He is determined to cut the special-interest pork and end wasteful government spending, and will stand up for traditional cultural values.

Jim has long been active as a leading member and supporter of the Republican Party and conservative organizations. He currently serves as a member of the Illinois Republican Party State Central Committee and as Secretary of the United Republican Fund.

Jim is well known for his philanthropic endeavors. More than two decades ago, he established the Oberweis Foundation as a charitable trust created to help children and adults in difficult economic circumstances, such as those served by Hesed House and the Northern Illinois Food Bank, on whose Board of Directors Jim serves.

In addition, Jim serves as an arbitrator for the Financial Industry Regulatory Authority (FINRA) and as a member of the Board of Directors of The Oberweis Funds and of Colborne Foodbotics. He also serves as Chairman of the Board of Diamond Marketing Solutions, a company owned by Moose International.

Jim is married, and his wife Julie works with him at Oberweis Dairy. He has five adult children, two stepchildren, and seventeen grandchildren, most of whom call Illinois home.

View a timeline of Oberweis' career: 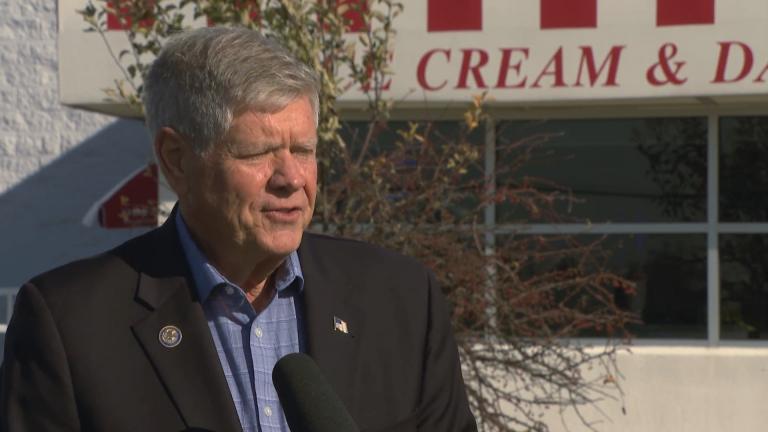