Read more about the plays below and watch two web extra video reviews. 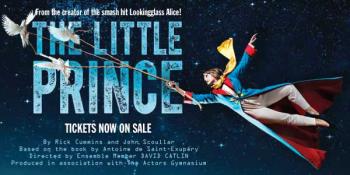 Now playing at Lookingglass Theatre, The Little Prince presents a "visually arresting" stage adaption of a beloved French novel. Produced in association with The Actors Gymnasium, the play tells the story of a pilot who gets stranded in the Sahara Desert. While stranded, he strikes up a meaningful friendship with a young, charismatic prince who has fallen from the sky. As a children's story with deeper philosophical themes, The Little Prince can be enjoyed by both children and adults. The show runs through February 2, and tickets cost $70.  For more information, click here. 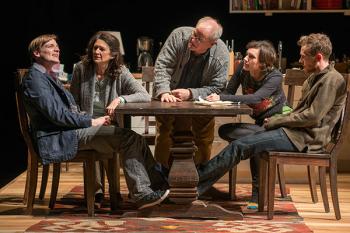 Nina Raine's Tribes, currently playing at Steppenwolf Theatre, is an exploration of family, identity, and "disability." Directed by ensemble member Austin Pendekton, Tribes is a story about Billy, the youngest member of an eccentric English family, who has been deaf since birth. When he meets his girlfriend Sylvia, he is introduced to a larger deaf community, which sparks a struggle for self-identity. Tribes runs through February 9, 2014, and tickets cost from $58 to $68. For more information, click here. 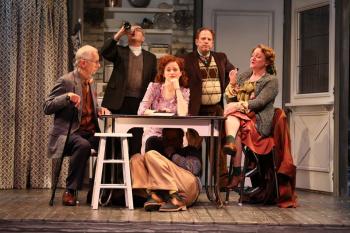 The Merry Wives of Windsor

A fresh take on one of Shakespeare’s most amusing comedies is currently playing at Chicago Shakespeare Theater. Set in a small English town in the late 1940s, The Merry Wives of Windsor tells the story of Sir John Falstaff, a lovable man who attempts to solve his financial problems by seducing two wealthy, yet married women. Directed by Barbara Gaines, the play is complete with the swing music and dance of the era. In her review of the show, Hedy Weiss called it an "elaborate, warm-hearted, exuberantly acted production." The Merry Wives of Windsor runs through January 19, 2014, and tickets cost from $48 to $78. For more information, click here. 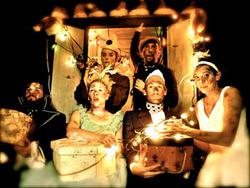 Currently on stage at Theater Wit, Burning Bluebeard was inspired by the true story of Chicago’s 1903 Iroquois Theatre Fire. The play tells the story of six actors who are attempting to perform their spectacular Christmas show, “but this time they hope to finally reach the true happy ending of their second act and avoid the fateful fire that killed 600 of its audience members.” Hedy Weiss calls it “an altogether haunting, thrillingly imagined production.” Burning Bluebeard runs through January 5, 2014, and tickets cost from $25 to $30. Read an Artbeat blog about the show. For more information, click here. 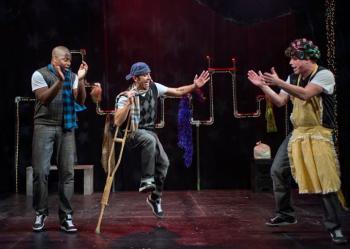 Chicago Shakespeare Theater is celebrating the season with a hip-hop adaptation of Charles Dickens' A Christmas Carol. Presented by hip-hop sensation the Q Brothers and DJ Super Nova, this humorous play tells the story of Scrooge's journey through Christmas past, present and future. The fresh take on a classic tale is filled with hip-hop, reggae, dustup and epic rock ballads. In a positive review of the play, Hedy Weiss called it "wildly irreverent, and happily politically incorrect" and said, "it still holds fast to Dickens’ essential message that love and the spirit of giving, not money, are the only truly valuable things in life." The show runs through December 22, and tickets cost $20 to $35. For more information, click here.