What is a robotic razor fish teaching scientists about building better robots? Why are Argonne scientists going down to the South Pole? And how can a tiny laser boost high-speed data transmission? Our science guy, Neil Shubin, has those stories and more research news in this edition of Scientific Chicago. Read more about the latest science news. 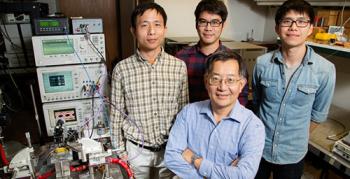 Waiting for something to load on the internet can be frustrating.

In their most recent efforts to improve this issue, a team of engineers at the University of Illinois developed a small laser that has produced some pretty impressive results.

The laser can transmit error-free data at 40 gigabits per second -- which is very fast. Working 400 times faster than most home high-speed internet connections, the new technology is the quickest in the United States. Led by University of Illinois Professor Milton Feng, the group published their findings in the journal IEEE Photonics Technology Letters in September. The technology is called the 850nm high speed oxide-confined vertical cavity surface emitting laser, also known as a VCSEL.

So how does this laser work?

The answer is less complicated than its name.

According to an article published by the University of Illinois, “Laser devices called oxide VCSELs are used to transmit data over fiber optic cables at high speed. They can carry data faster and in greater quantities than traditional electrical cables.”

Another perk of the laser is that it uses 100 times less energy than electrical wires. In the article, Feng is quoted saying, “high-speed data transfer will allow tele-computation, tele-medicine, tele-instruction.” 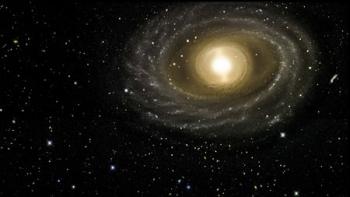 rtphone cameras are pretty advanced these days, no photo-taking device can compete with the Dark Energy Camera, an extraordinary digital camera that was built at Fermilab, right here in Illinois.

The most powerful tool of its kind, the Dark Energy Camera is able to see light from more than 100,000 galaxies, and up to 8 billion light-years away in a single snapshot.

Although it was made in Batavia, Illinois, the camera is currently mounted on the 4-meter Victor M. Blanco telescope at the National Science Foundation’s Cerro Tololo Inter-American Observatory in Chile’s Andes Mountains.

Created for the Dark Energy Survey (DES), which officially began on August 31, the camera will help a large team of scientists map the southern sky in tremendous detail over the next five years.

For those who are wondering what the point of the Dark Energy Survey is, the U.S. Department of Energy sums it up well:

According to a press release they published in September, the goal of the survey “is to find out why the expansion of the universe is speeding up, instead of slowing down due to gravity, and to probe the mystery of dark energy, the force believed to be causing that acceleration.”

Essentially, the survey will teach scientists more about our existence, and answer some important questions about the universe. Learn more about the 5-year mission, and check out Chicago Tonight’s story from September about the dark energy camera. 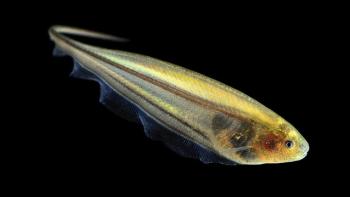 Researchers at Northwestern University’s McCormick School of Engineering and Applied Science have recently figured out why some animals move in seemingly inefficient ways.

They did this with the help of a robotic fish that mimicked the fin movements of a small tropical fish called the glass knifefish. During the study, the researchers looked into why some animals move in directions that don’t point toward their goal, (like side-to-side motions). Interestingly, the researchers found that engineers should consider looking to these animals for guidance when it comes to building robots.

According to an article published by Northwestern on November 4, “the team reported that these extra forces are not wasteful after all: they allow animals to increase both stability and maneuverability, a feat that is often described as impossible in engineering textbooks.”

The reason this is so interesting is because engineers typically assume that a system can rely on either stability or maneuverability, but not both.

In the article, Malcolm MacIver, associate professor of mechanical engineering and biomedical engineering, is quoted, saying: “One exciting implication of this work is that we might be held back in making more agile machines by our assumption that it’s wasteful or useless to have forces in directions other than the one we are trying to move in. It turns out to be key to improved agility and stability.”

This month, their findings were published in the online edition of the journal Proceedings of the National Academy of Sciences (PNAS). For more information on the research, click here. 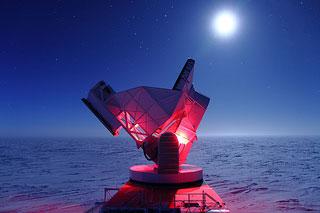 In order to learn more about the early days of our universe, physicist Clarence Chang, and his colleagues from the U.S. Department of Energy’s Argonne National Laboratory,  have been monitoring the night’s sky in the South Pole for the past few years.

They do this with a giant telescope that measures the afterglow of the big bang, so it’s basically like looking back in time. Using a 30-foot “South Pole Telescope,” the group tracks tiny bits of radiation that are still traveling around from the period just after the universe began.

An article for Argonne National Laboratory by Louise Lerner describes these very old bits of radiation, saying, “As the universe got older, it began to spread out and cool down over time, and the intense light from that period traveled across space. It’s still traveling, hitting us all the time, and it has a very distinct radiation signature.”

According to the article, the radiation is referred to as the Cosmic Microwave Background, and it essentially provides "a snapshot of the universe as it looked about 400,000 years after the Big Bang."

With the help of the South Pole Telescope, Chang and colleagues at Argonne have mapped about 2,500 square degrees of the sky so far. For more information about their research, click here.

We need your feedback! Chicago Tonight would like to hear your thoughts on the stories we cover. With your help we can make Chicago Tonight as enriching and informative as possible.

As a special incentive, everyone who completes the survey will be entered into a drawing for a 16GB Apple iPod Nano loaded with over 30 hours of classical music hand-picked by the hosts and staff of 98.7WFMT (WTTW's sister radio station)!

To begin the survey, simply click here. The survey will take about 10 minutes to complete.

To make your voice heard, please complete the survey by Monday, December 2. Thank you very much for your support of Chicago Tonight.

WTTW11 and the Chicago Tonight Team