What can the songs of the Zebra finch tell us about the development of language in humans? Our science guy, Neil Shubin, has this story and more in this edition of Scientific Chicago on Chicago Tonight at 7:00 pm. Read more about the latest science news:

Heavy salt consumption = high blood pressure. Public and private health officials have tried for years to drill this bit of health advice into the minds of the American public.

And while some consumers may have heeded their calls and reduced their sodium intake, a new Northwestern Medicine study shows that food producers and restaurants have not.

The new study, published May 13 in the Journal of the American Medical Association Internal Medicine, measured sodium content in selected processed food items and fast-food restaurants in 2005, 2008 and 2011.

The findings? Sodium levels in these food products are near all-time highs.

The study found that between 2005 and 2011, sodium content in 402 processed foods examined fell by just 3.5 percent. On the other hand, sodium content in 78 fast-food restaurant products increased by 2.6 percent. These miniscule increases and decreases led the researchers to conclude that sodium levels in our food have hardly budged in the last six years.

According to a press release from Northwestern, Americans consume an average of two teaspoons of salt daily, much higher than the American Heart Association’s recommended daily intake of three-fifths of a teaspoon.

And all this salt is taking its toll on American health care systems: according to Northwestern, excess sodium kills as many as 150,000 people in the U.S. each year.

Click here to learn more about the Northwestern Medicine study. 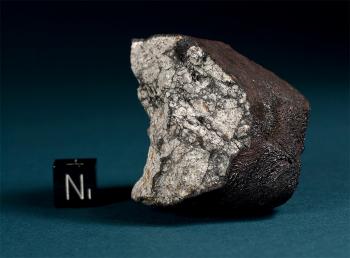 It was a scene straight out of Armageddon: last February, an 11,000-ton meteorite exploded over the Russian region of Chelyabinsk, damaging buildings and injuring hundreds.

The meteor was the largest extraterrestrial object to strike Earth in over 100 years, and now, pieces of the massive hunk of space debris have made their way to Chicago’s Field Museum.

Thanks to a donation from meteorite collector Terry Boudreaux, approximately two pounds of the meteor are now on display in the museum’s “Science Newsflash” exhibition in Stanley Field Hall.

The pieces will be permanently housed in the Museum’s Robert A. Pritzker Center for Meteorics and Polar Studies. Containing over 6,500 meteorites, the collection is the largest non-government repository in the world. Click here to learn more about the exhibit, and check out last month’s Chicago Tonight story on the meteor.

Psychopaths are not Neurally Equipped to have Concern for Others

To determine why, neuroscientists from the University of Chicago and the University of New Mexico studied 80 prisoners between the ages of 18 and 50 and using MRI technology, measured the subjects’ responses to a number of scenarios depicting people in pain.

According to the study, published online April 24 in the JAMA Psychiatry journal, researchers found that psychopaths lack the neurophysiological “hardwiring” to have concern for the well-being of others.

"A marked lack of empathy is a hallmark characteristic of individuals with psychopathy," said Jean Decety, the Irving B. Harris Professor in Psychology and Psychiatry at U. of C and the lead author of the study.

The study found higher-than-normal responses in the insula region of the subjects’ brains, an area intimately involved in governing emotions.

Researchers also measured little activity in the ventromedial prefrontal cortex and amygdala in the prisoners’ study. These regions play a key role in regulating moral decision-making and feelings of empathy.

According to the researchers, the findings could help clinical psychologists craft better treatment programs for diagnosed psychopaths.

Scientists think it could account for a quarter of all energy and matter in universe, and may explain how and why galaxies hold together. But no one has ever seen it, or even proven its existence.

Nevertheless, scientists at the Fermi National Accelerator Laboratory outside of Chicago began a new search for the mysterious particles known as “dark matter,” this time in a hypersensitive detector buried a mile and a half below ground in Ontario, Canada.

This high-tech detector, dubbed COUPP-60, consists of a jar filled with purified water and CF3I, a chemical used as a fire suppressor in fire extinguishers. The contents of the container are kept at a temperature just above their boiling point, but to actually form bubbles, an additional surge of energy is required, in the form of matter passing through the solution.

The detector is buried and submerged in 7,000 gallons of water because few particles – besides dark matter – can pass through such a shield.

Earlier this month, there was activity in the form tiny bubbles inside the detector. The possible culprit? Dark matter.

Because scientists think that dark matter particles rarely interact with other matter, further analysis will be needed to determine exactly what was responsible for the bubbles.

Click here to learn more about the ongoing research. 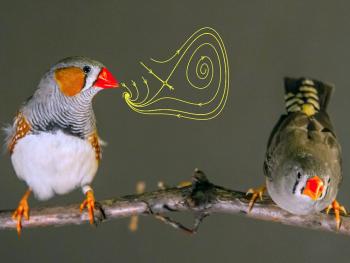 Research conducted by University of Chicago neuroscientists exploring the brain activity of songbirds might lead to new ways of understanding human speech.

In an article published in Nature, neuroscientist Daniel Margoliash and his co-researchers illustrate how the brains of songbirds are organized to govern the complex set of physical actions and calls that make up a birdsong.

The scientists discovered that as birds sing and some neurons work to produce the current sounds, other sets of connections work to prepare for the next set of calls and movements.

The study traced these complex movements and coordinations to many precisely encoded areas of the bird’s brain, a finding that provides new insight into how vocal signals are controlled at the neurological level.

Researchers hope this new understanding of the neurologic basis of communication will lead to better comprehension – and potentially treatment - of speech problems in humans, like stuttering or aphasia.

To read more about the study and the researcher’s findings, click here. 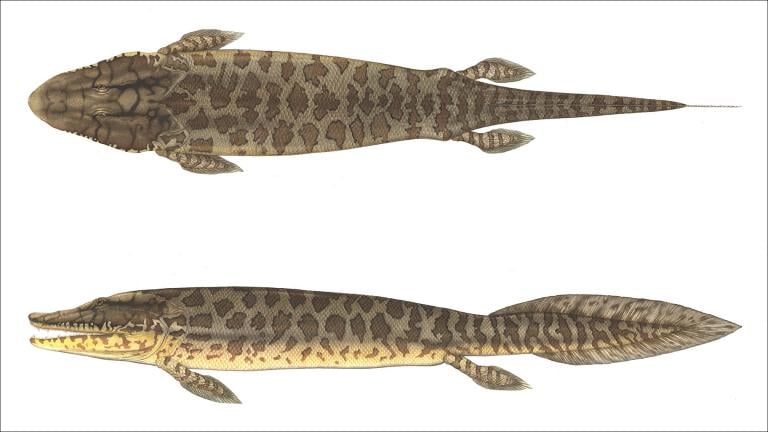