The superhero movie, The Avengers, is breaking box office records. On Chicago Tonight at 7:00 pm, we get a behind-the-scenes look at Chicago's own superhero of the comic book industry: artist Alex Ross, whose work for Marvel, DC, and independent comic publishers has made him one of the most popular comic artists. 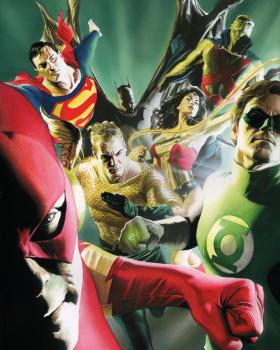 Known for his covers of iconic superheroes, Ross grew up in the 1970s and fell in love with comic book characters like Spider-Man, who guest-starred on the Electric Company. It was a time of transition, he says.

"They were caught between simple idealism of the Electric Company-derived version of Spider-Man, to the serious deaths of characters that would become permanent," Ross said.

One of Ross' few projects that he both wrote and drew was Kingdom Come, a graphic novel depicting a future where superheroes like Wonder Woman and Batman gave way to hyper-aggressive anti-hero vigilantes.

"Kingdom Come was a reaction to the glut of [violent] comics that had come out in the 90s," Ross said. "The irony is this supposed Dark Age of comics seems quaint and child-like compared to what’s been published in the past 10 years...There needs to be a youthful quality to it—escapism to a place worth escaping to."

Ross has a unique, "heightened realism" style, a mix of Norman Rockwell and comic artist George Perez. Rockwell in particular was a heavy influence on Ross--after an exhibit of Ross's work debuted at the Andy Warhol museum this year, it was displayed at the Norman Rockwell museum.

"There's an element of realistic rendering, but also an element of exaggeration that pushes it into the realm of comics," Ross said. 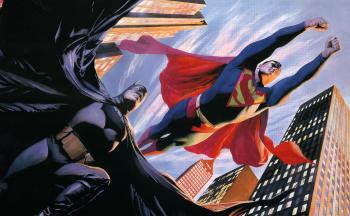 The Alex Ross style is a wanted commodity. The producer of the Ambiguously Gay Duo sketch from Saturday Night Live once asked Ross to draw an in-house comic book cover, and Ross turned in an homage to a 1940s Batman cover with plenty of sexual innuendo. But the producer wanted more "Alex Ross."

"I didn't think I had a gimmick yet," Ross laughed. "He wanted that looking up from ground level shot, the chest pushed out, arms splayed aside, looking to the side heroically. That's what I've found is my schtick."

DC is in the midst of its "New 52" initiative, a reboot of sorts for its entire line, redesigning costumes and changing back stories. Ross says it would he hypocritical of him to criticize these changes, since his earliest work involved alternate versions of characters, but he gets "thrown off" when characters are changed. 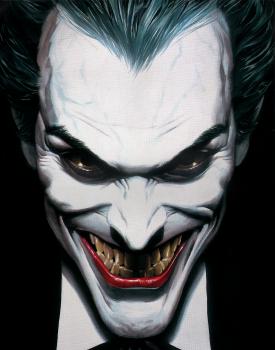 "You tell fans, 'Hey guess what, your entire comics collection doesn’t actually apply anymore.' That continuity has been precious," he said. "We’re so used to seeing these characters redesigned every time they make a movie out of them. We’ve also got a history of seeing how people respond very positively when they return to their archetypal design and versions."

Ross once said he disliked the contemporary version of Aquaman--with a hook for a hand and a thick beard--and so drew the classic version instead. Much of his work takes places outside "continuity," or the canon version of the characters in the monthly comic books.

"I was indulged in that way. A majority of my career was never working in their mainstream," Ross said. "I spent a lot of years working with the characters in an idealized forms—their pure state...I’m doing the thing that’s permanent—part of the pop-culture consciousness of what these characters are."

Visit Ross's work in the image gallery below. 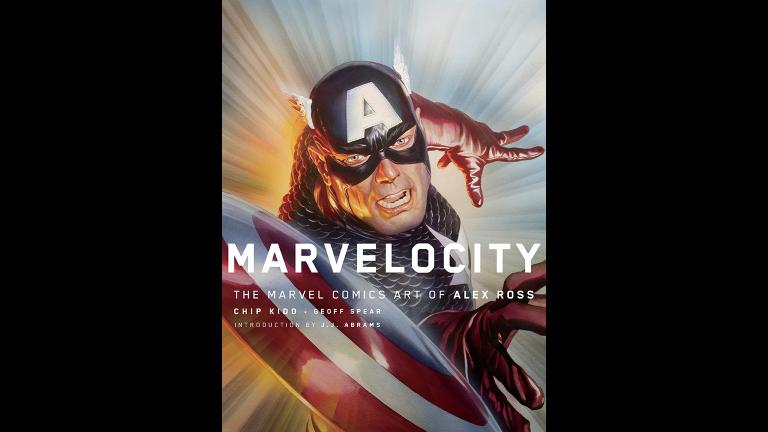