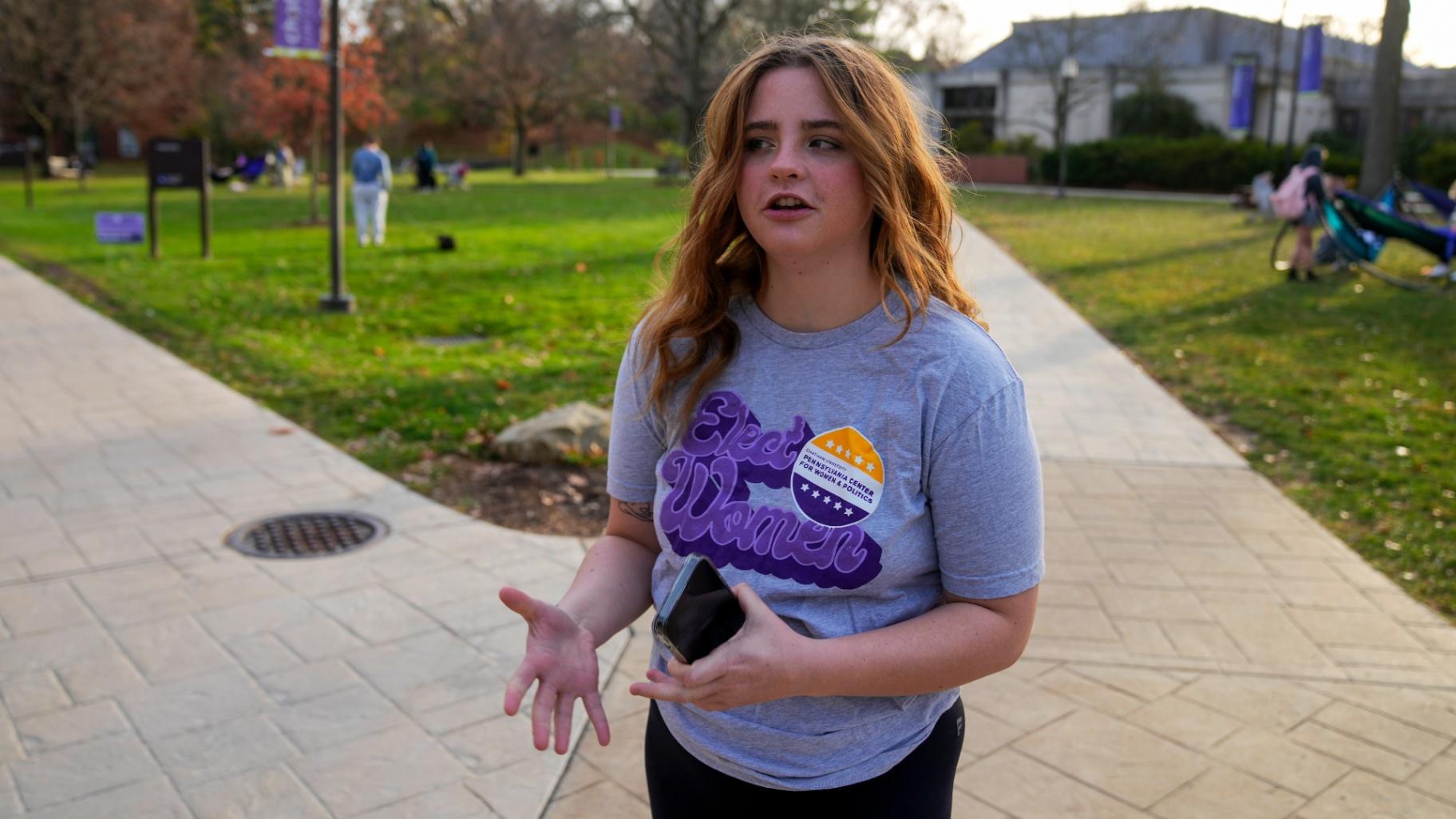 WASHINGTON (AP) — To Mona Cohen, a lifelong Philadelphia Democrat, democracy is under attack in the United States. In the midterm elections, she lists a woman’s right to abortion as one of many fleeting freedoms she voted to defend.

Cohen, 68, feared the Supreme Court’s decision in June to eliminate women’s constitutional protections for abortion was only the beginning of a broader erosion of rights. So she backed Democrats in her state of Pennsylvania, where the party flipped a U.S. Senate seat and won the contest for governor against a pair of Donald Trump loyalists.

A government dominated by Republicans, Cohen said, “would have gone on to impede contraception, to impede marriage equality, to impede any kind of civil rights that we as a society have fought for in the past 50 years.”

Support for abortion rights did drive women to the polls in Tuesday’s elections. But for many, the issue took on higher meaning, part of an overarching concern about the future of democracy.

Women, especially Democratic women, were more likely than men to say the Roe v. Wade reversal was a top factor in their vote, according to AP VoteCast, a nationwide survey of more than 94,000 voters in the midterm elections. More women also said the reversal made them angry, and said abortion had a major impact on their decision to turn out and which candidate they supported.

But the future of democracy was an even greater factor than Roe for women voters. In interviews with AP reporters, many women linked their concerns about abortion to fears for the country.

“I’m not glad that we had to have this abortion drama happen, but I’m glad that it brought a new conversation to the table about what democracy should be to our country,” said Pennsylvania resident Brianna McCullough, 20, a sophomore at Chatham University in Pittsburgh. “If they can take this away, they can take anything away from people. And I don’t think that’s right.”

Heading into this week’s election, Republicans were expected to seize control of Congress. That’s still a possibility, with several races too close to call, but Democrats denied Republicans the sweeping nationwide victory they had expected.

Abortion “may have made the difference in some key races where the elections were really competitive,” said Ashley Kirzinger, director of survey methodology at KFF, which designed questions for and published an analysis of VoteCast.

Many Democratic candidates advocated for abortion rights on the campaign trail. But they also cast their Republican rivals’ “extreme” attitudes on abortion as one example of a broader threat to the country’s democratic institutions, including its election systems.

In Pennsylvania and Wisconsin, Democrats who won tight governors’ races will appoint people who run the state’s elections. In Michigan, Democrats won races for governor and secretary of state, defeating candidates who opposed abortion rights and had denied the 2020 election results.

“Michigan is a good place to be right now,” said Ellie Mosko, 40, an attorney and mother of three in the Detroit area. Democrats also championed a successful ballot measure that enshrines the right to abortion in the state constitution. Moreover, Democrats took control of the state Senate for the first time in 40 years.

“The key issues for me are the preservation of democracy and voter rights,” Mosko said, “because without that we can’t preserve women’s access to reproductive freedom.”

Voters in California and Vermont also chose to enshrine abortion protections in their state constitutions on Tuesday, while voters in Kentucky and Montana rejected anti-abortion amendments.

Republican candidates did gain ground in some states, including Ohio and Florida, potentially paving the way for more state bans on women’s abortion access. But the GOP elsewhere lost contests that would have allowed them to advance restrictions easily.

Reproductive rights were a driving factor for Alison Brock McGill, 38, a Black mother with a 2-year-old son. She moved in 2020 from New York to Atlanta, where a recent conversation reminded her she was not in Brooklyn anymore.

At her recent annual OB-GYN visit, the topic of having a second child came up. The doctor reminded her that in Georgia, a woman now has until around six weeks’ gestation to terminate a pregnancy. After that, the doctor would have to refer her to a physician in another state if she wanted an abortion.

“I was just blown away by that,” said McGill. “At six weeks, nobody knows anything.”

That’s a major reason she voted Democratic up and down the ticket, including for Sen. Raphael Warnock, whose hotly contested U.S. Senate race is advancing to a runoff with his Republican rival, the former football star Herschel Walker.

Still, for many women, the country’s inflation woes outweigh abortion. About two-thirds of Republican women said inflation was their primary consideration, compared with about a third of Democratic women.

“A woman might need an abortion once or twice in her lifetime, but I need to feed these kids every day,” said Kelly Morris, 60, a registered Republican in Dayton, Ohio, and mother of nine.

In Ohio, Trump-endorsed JD Vance won an open U.S. Senate seat, and the GOP swept statewide offices. A ban on abortions after six weeks of pregnancy is currently blocked by a lower court in Ohio but is being appealed. Three conservative victories on Ohio’s Supreme Court, plus an upcoming appointment by Republican Gov. Mike DeWine, mean that ban is likely to come before a court with a 4-3 GOP majority.

Still, for abortion rights-opponent Elizabeth Lamoreaux of suburban Cincinnati, the election was about more than that. She cared about inflation, border security and “the whole LGBT alphabet issue” — in particular, opposing transgender rights for youth.

Said Lamoreaux: “I feel as if our country as a whole is sort of a dumpster fire now.”