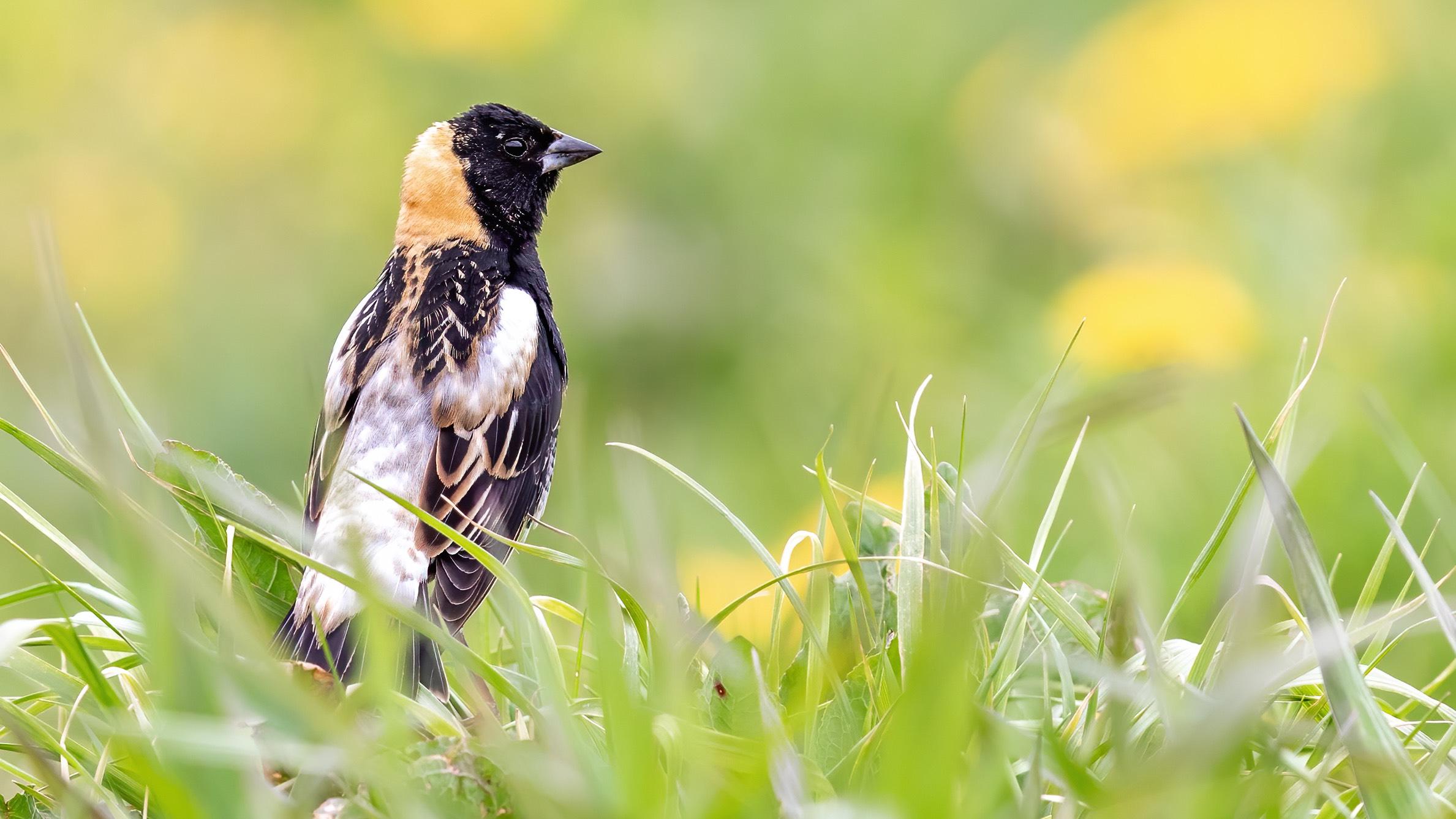 The bobolink is among the species of birds at a tipping point, according to a recent report from the North American Bird Conservation Initiative. (Brad Imhoff / Cornell Lab, Macaulay Library)

A new report on the state of birds in the U.S. and Canada offers the first comprehensive status update since an alarm-bell-ringing 2019 study announced the loss of 3 billion birds.

Three years later, the news remains nearly as sobering, though there are some wins for conservationists to celebrate.

Among the findings published by the North American Bird Conservation Initiative, a coalition of government agencies and nonprofits:

— More than half of U.S. bird species are in decline, with U.S. grassland bird populations shrinking the fastest.

— 70 newly identified “tipping point” species have each lost 50% or more of their populations in the past 50 years, and are on a track to lose another half in the next 50 years if nothing changes. As a group, shorebirds have the largest percentage of tipping point species, with 10 of 29.

On a positive note:

— Declines in eastern forest birds have leveled off.

The gains made by waterfowl are a highlight of the study, and may point the way forward to help other groups of birds recover, said Stephanie Beilke, senior manager of conservation science at Audubon Great Lakes.

“We do see this amazing positive trend for waterfowl, where we’ve made a difference because we invested in restoring and preserving their wetland habitat,” Beilke said.

The report specifically recommends following the wetlands conservation model for grassland birds, whose habitat is often referred to as the most endangered in North America.

Audubon’s Conservation Ranching Initiative, for example, offers incentives to ranchers to enroll their acreage in a program that promotes bird-friendly land management. Among the practices used to renew grasslands: rotating where cattle graze in order to mimic bison herds, and mowing or growing grasses to heights that will benefit the seasonal needs of birds.

None of this is an exact science, Beilke noted, adding that it can be tricky to know which levers to pull for which species or, if species rebound, which levers are responsible.

“We need more adaptive management and monitoring to make those connections,” she said. 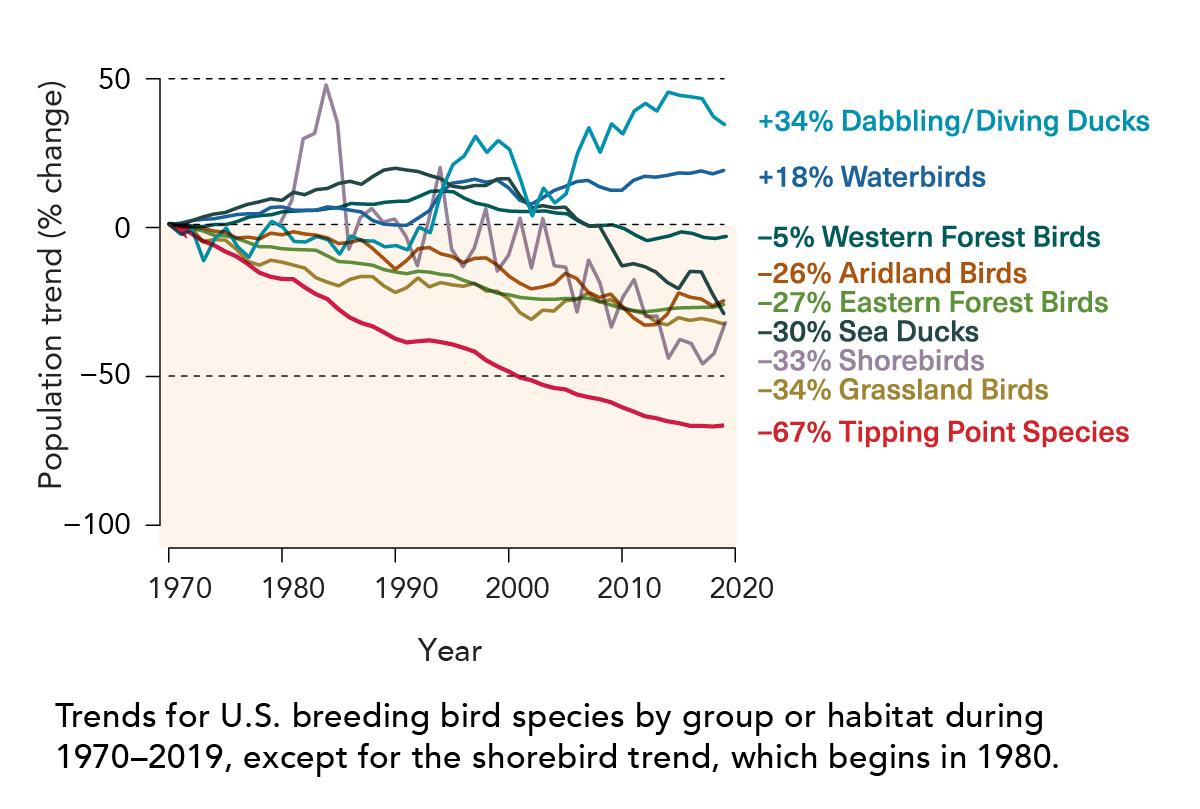 Of the tipping point species, approximately a dozen of them breed in Illinois, including the bobolink and Henslow’s sparrow both of which are grassland birds. Recent findings released by the Bird Conservation Network showed that while Henslow’s sparrow is on decline elsewhere, the Chicago region is something of a stronghold.

“It’s a sign of hope that we can have an influence in urban areas on grassland birds,” Beilke said.

Roughly another 20 tipping point species migrate through Illinois or spend the winter in the state. For birds using the area as a stopover point, Chicagoans have a crucial role to play in providing them with safe passage by minimizing the risk of collision with glass and by creating patches of native habitat, she said.

People can even help species that have no ties to Chicago, the Great Lakes or the Midwest.

“We can make sure funding is going to efforts to support the species in decline,” said Beilke.

Though the headline of the 2022 report isn’t nearly as jolting as 2019’s, the alarm bells are still ringing, she said.

Progress is fragile — witness the U.S. Supreme Court’s decision to consider the latest in a long line of challenges to protections for wetlands — and efforts to slow the worst effects of climate change are a race against time.

Among conservationists, there’s a mix of hope, Beilke said, and “knowing we have a lot of work to do.”