Video: Joining “Chicago Tonight” to discuss a report about abuse in the National Women’s Soccer League are Annie Costabile of the Chicago Sun-times and Melissa Isaacson of Northwestern University. (Produced by Andrea Guthmann)

“One of the great things to come out of this report is that it is encouraging more people to come forward,” Parlow Cone said during separate interviews with CNN’s Brianna Keilar on “New Day” and Amanda Davies on CNN “World Sport.”

Parlow Cone did not provide details of the new cases, which she said she received following last week’s release of the findings of former acting attorney general Sally Q. Yates’ independent investigation.

The report was based on more than 200 interviews and revealed the National Women’s Soccer League (NWSL) under the US Soccer Federation failed to provide a safe environment for players.

“It just points to how systemic this was and how there were lack of processes in place and I’m really excited now that we have the recommendations,” Parlow Cone said.

“I’ve wanted to act for so long but I didn’t want to just do something just to say we were doing something. I wanted it to be meaningful and really have an impact and to change this culture.”

Yates’ report described “a league in which abuse and misconduct — verbal and emotional abuse and sexual misconduct — had become systemic, spanning multiple teams, coaches, and victims.”

“Abuse in the NWSL is rooted in a deeper culture in women’s soccer, beginning in youth leagues, that normalizes verbally abusive coaching and blurs boundaries between coaches and players,” the report said.

“It wasn’t an isolated incident. It was systemic throughout the NWSL,” the two-time Olympic gold medal winner said of the rampant abuse and misconduct.

On Friday, the US women’s national team faced England’s Lionesses in an international friendly at sold-out Wembley Stadium in London. Before kickoff, the teams gathered at midfield in front of a teal banner which read “Protect The Players.”

In a gesture of solidarity, players wore teal-colored armbands — the designated color for survivors of sexual abuse — for the match.

Women’s professional soccer in the US has been reeling since a report in The Athletic last year detailed allegations of sexual coercion and misconduct against Paul Riley, who coached three NWSL franchises over eight seasons. He was fired by the North Carolina Courage after The Athletic cited players on the record alleging that for years, Riley used his influence and power to sexually harass players and, in one incident, coerce a player into having sex with him.

Riley denied the accusations in the Athletic report. CNN has not been able to reach Riley for comment.

Parlow Cone said she has forwarded the three new reports of misconduct to the US Center for SafeSport — an organization authorized by Congress to address sexual, emotional and physical abuse in Olympic sports — and other authorities.

Parlow Cone, a former professional soccer player in the US, herself reported an incident of sexual harassment during her time as coach of the Portland Thorns. She has said she reported the incident when she was leaving the franchise.

“Society needs to change as well, and evolve, and to make it safer for women to come forward to complain about this in the workplace or on a team,” she said.

“This is going to be a long process,” Parlow Cone said. “It’s not gonna be a quick fix.”

In the Yates report, players described abuses from head coaches as well as team management. There were multiple allegations or findings of sexual harassment and misconduct by head coaches.

The report noted abusive coaches were able to move from team to team despite accusations levied against them because the league and the federation feared the organizations could be named in any potential defamation or employment lawsuits.

US Soccer initiated the investigation a year ago by hiring Yates and the legal firm King and Spalding to review allegations, conduct interviews and recommend solutions. The federation said it gave Yates and the firm full autonomy and access in order to produce a complete, independent report. 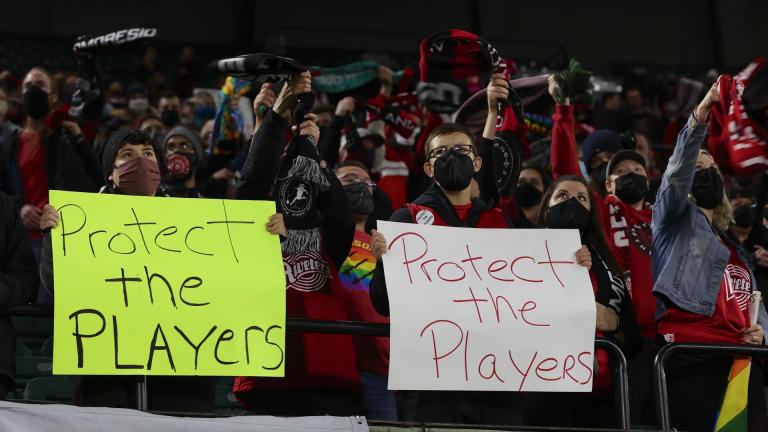