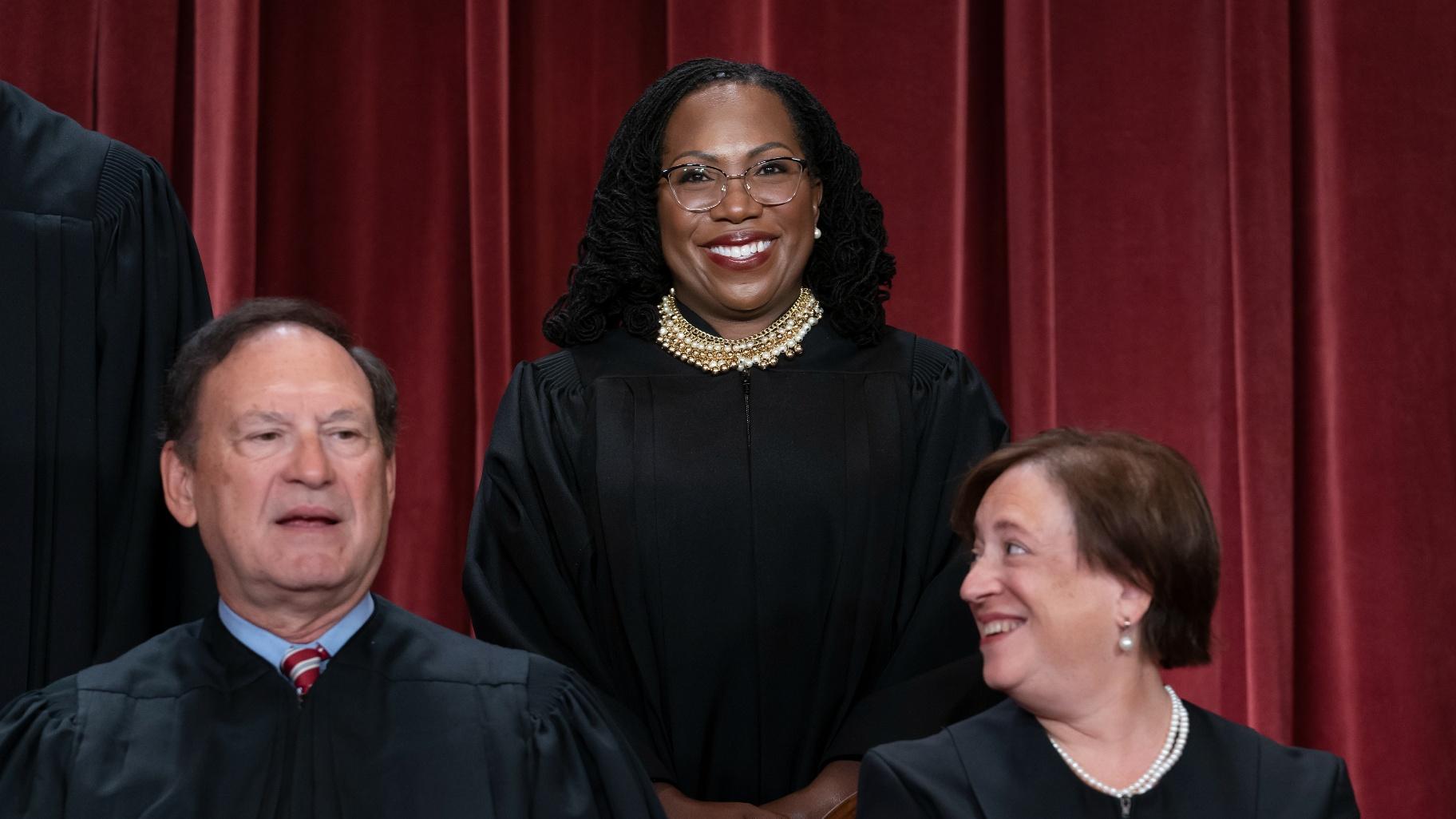 WASHINGTON (AP) — Ketanji Brown Jackson, the first Black woman on the Supreme Court and its newest justice, said before the term began that she was “ready to work.” She made that clear during arguments in the opening cases.

The tally: 4,568 words spoken over nearly six hours this past week, about 50% more than any of the eight other justices, according to Adam Feldman, the creator of the Empirical SCOTUS blog.

The justices as a whole are generally a talkative bunch, questioning lawyers in rapid succession. For now, Jackson’s approach seems less like Justice Clarence Thomas, who once went 10 years without asking a question, and more like Justice Neil Gorsuch, who in his first year was one of the more active questioners.

On Tuesday, in a case that could weaken the landmark Voting Rights Act, which sought to bar racial discrimination in voting, Jackson was particularly vocal.

At one point, she spoke uninterrupted for more than three and a half minutes to lay out her understanding of the history of the post-Civil War 14th Amendment to the Constitution guaranteeing formerly enslaved people equal rights. Jackson’s statement ran three transcript pages, the longest Feldman could remember ever seeing.

“I can’t think of a time where you’ve seen a junior justice take hold of the arguments” to the same extent, Feldman said using the court’s shorthand title for the newest justice.

A jurist with a liberal record, Jackson joined a court where conservatives hold a 6-3 advantage, so in many of the most most contentious cases her vote likely does not matter to the outcome. But her performance during arguments seemed to show she intends to make herself heard.

“I have a seat at the table now and I’m ready to work,” she said last week at an appearance at the Library of Congress following her ceremonial investiture at the high court.

In three of the four cases the court heard this past week, she was the most active speaker among the justices.

Feldman said new justices usually sit back and take things in but “poke their heads up occasionally” to ask a question. “This was a different approach," he said.

Monday was the court’s opening day and Jackson’s first on the Supreme Court bench. The justices were about five minutes into their questioning in what turned out to be a nearly two-hour argument in a dispute over the nation’s main anti-water pollution law when Jackson asked her first question; she was the fourth justice to do so.

By the end of arguments, she had probed the meaning of the word “adjacent,” asked whether a marsh in a 1985 case was “visually indistinguishable from the abutting creek” and prefaced another question by saying: “Let me try to bring some enlightenment to it by asking it this way.”

Jackson was confirmed in April but did not take her seat until the court began its summer recess in June, giving her months to study cases the court had granted. Other justices spent some of that time finalizing opinions in cases that included decisions overturning the landmark Roe v. Wade abortion rights case and expanding gun rights.

Speaking at the Ronald Reagan Presidential Library in early April, days before Jackson was confirmed, Justice Amy Coney Barrett noted “fortunately there will be some lead time” for the new justice to ease into her role. Barrett, in contrast, heard her first arguments a week after she was confirmed. Justice Brett Kavanaugh was sworn in on a Saturday and heard his first argument the following Tuesday.

Justices themselves have acknowledged it takes time to get used to sitting on the highest court in the land. Justice Elena Kagan once compared starting the job to “drinking out of a fire hose ” with a learning curve that “is extremely steep, sometimes it seems vertical.” Some justices have said it takes five years to feel really comfortable in the role.

In her Library of Congress appearance, Jackson talked about the attention on her as the first Black woman to be a justice. People approach her with “what I can only describe as a profound sense of pride and what feels to me like renewed ownership,” she said.

Their message to her is “in essence, ‘You go, girl,”’ Jackson said. “They’re saying ‘Invisible no more. We see you and we are with you.’”