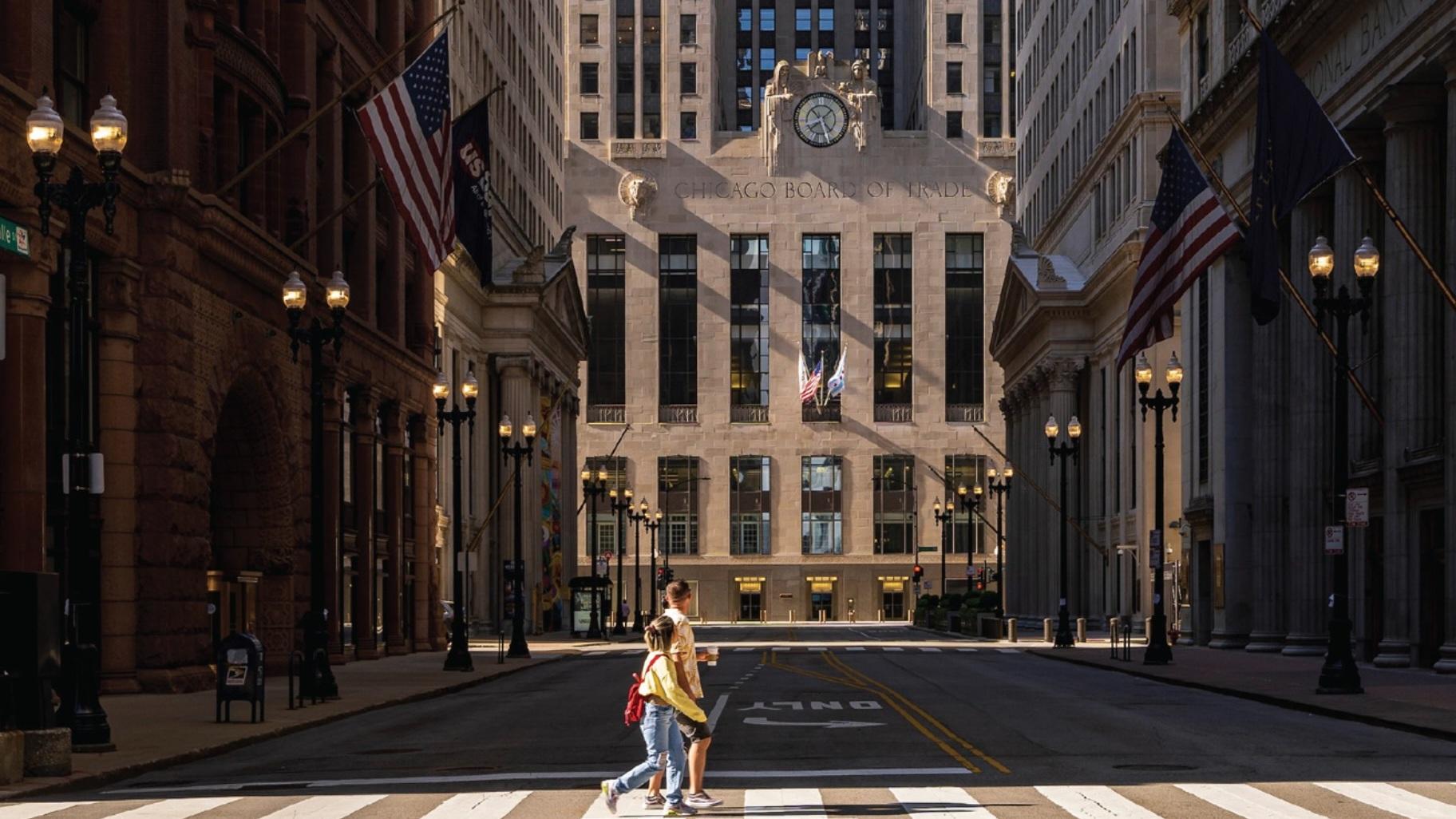 Lightfoot, who is running for a second term as Chicago mayor, said she was determined to chart a “bright and lasting” future for LaSalle Street between Washington Street and Jackson Boulevard, an area of the city she said had been permanently altered by the shifts triggered by the COVID-19 pandemic.

Nearly 20 months after the pandemic forced businesses to send their workers home, there are 5 million square feet of vacant commercial space along LaSalle Street, and Lightfoot acknowledged there is no sign that a majority of those workers — and their wallets — will return to the heart of the Loop anytime soon.

The eight blocks along LaSalle Street have a higher vacancy rate than any other part of downtown, said Planning and Development Commissioner Maurice Cox.

Instead, the “cultural shift” brought on by the pandemic in how and where Chicagoans work and shop gives city leaders a chance to be “innovative and creative” and transform the Financial District into an area of the city that is vital 24 hours a day, seven days a week — not just during the work week, as it was before the COVID-19 pandemic, Lightfoot said.

But Lightfoot’s offer to subsidize that transformation will require housing developers to set aside 30% of the new units for low- and moderate-income residents, to fulfill what Lightfoot said was her commitment to equity — and ensure all Chicagoans can live near places to work, eat, play and shop.

While the number of people living downtown has doubled since 2000, that growth has bypassed LaSalle Street, where many of the historic buildings were built during a bygone era and are beloved but little used historic landmarks.

In addition to turning unused office space into new homes, city officials asked for proposals to transform building lobbies into spaces for “cultural or entertainment purposes” and vacant storefronts into grocery stores and restaurants.

Lightfoot did not rule out approving plans that would close streets downtown to vehicular traffic, and vowed to ensure that Chicago’s artists are showcased in the new neighborhood by creating pop-up galleries in vacant storefronts and launching new festivals.

Developers have until Dec. 23 to submit their proposals, with city officials planning to release a list of finalists early next year.

Lightfoot will ask the voters for a second term on Feb. 28, and if no candidate gets more than 50% of the vote, a runoff will take place on April 4.

To give developers financial incentives to rethink the use of their properties, Lightfoot offered to use a wide range of public resources, including state and federal tax credits as well as Cook County property tax incentives.

But the biggest pot of money city officials have at their disposal for the redevelopment of the LaSalle Street corridor is the area’s tax-increment financing district. Lightfoot indicated Monday she planned to reverse a 2015 decision by former Mayor Rahm Emanuel to prevent those funds from being used for private development. Since then, the TIF district has only funded infrastructure projects.

Created in 2006, the LaSalle/Central TIF district generated $151 million annually and had a $197 million surplus as of 2020, the last year data is available from the Cook County clerk.

Lightfoot’s decision to consider using funds from that TIF district to subsidize private development in the Financial District represents the second time in recent months the mayor has proposed using TIF funds in novel ways.

In August, Lightfoot’s plan to use property tax revenue generated downtown to fund the $3.6 billion extension of the CTA’s Red Line from 95th Street to the city’s southern border near 130th Street ran into a wall of opposition from Chicago City Council members.

After the use TIF districts generated a firestorm of controversy under Emanuel, Lightfoot announced new rules that sought to change how Chicago subsidizes massive private developments with tax dollars originally intended to fight urban blight.

By law, TIF districts capture all growth in the property tax base in a designated area for a set period of time, usually 23 years or more, and divert all that growth into a special fund for projects designed to spur redevelopment or for public projects such as schools or bridges. Chicago has 132 TIF districts, which collected $1.05 billion poured into the city’s 132 TIF funds in 2020, according to the Cook County clerk.

To use TIF funds in the financial district, the city Department of Planning and Development will have to determine whether the development would not occur “but for” the government subsidy.

Lightfoot’s event on Monday, which detailed the post-pandemic challenges facing the Loop, marked the highest-profile attempt by city officials to paint the Financial District as blighted, which could allow TIF funds to start to flow.

Housing developments that are subsidized by the city with TIF funds must set aside a portion of the new units for units for low- and moderate-income Chicagoans.

Lightfoot said any residential development along LaSalle Street that gets city help must set aside 30% of their units for Chicagoans earning 60% or less of the area’s median income, which is $62,520 for a family of four, according to city data.

In April 2021, the Chicago City Council ratified Lightfoot’s proposal to overhaul the city’s most prominent tool to build affordable housing, requiring developers in most neighborhoods to set aside 20% of units for low- and moderate-income Chicagoans, up from the previous requirement of 10%.

Housing Commissioner Marisa Novara said the higher requirement for LaSalle Street projects will help chip away at Chicago’s affordable housing gap of nearly 120,000 homes, and reduce segregation across Chicago by making it possible for poor and middle class Chicagoans to live downtown.

Novara has repeatedly said that all Chicago neighborhoods have to contribute to meeting the city’s affordable housing needs, and she said Monday this effort will include the city’s Central Business District in that effort.

There is essentially no affordable housing along LaSalle Street, in part because city rules allow apartments to be built there without special permission from officials — giving them little to no leverage over developers who are reluctant to build affordable housing in wealthy areas of the city.