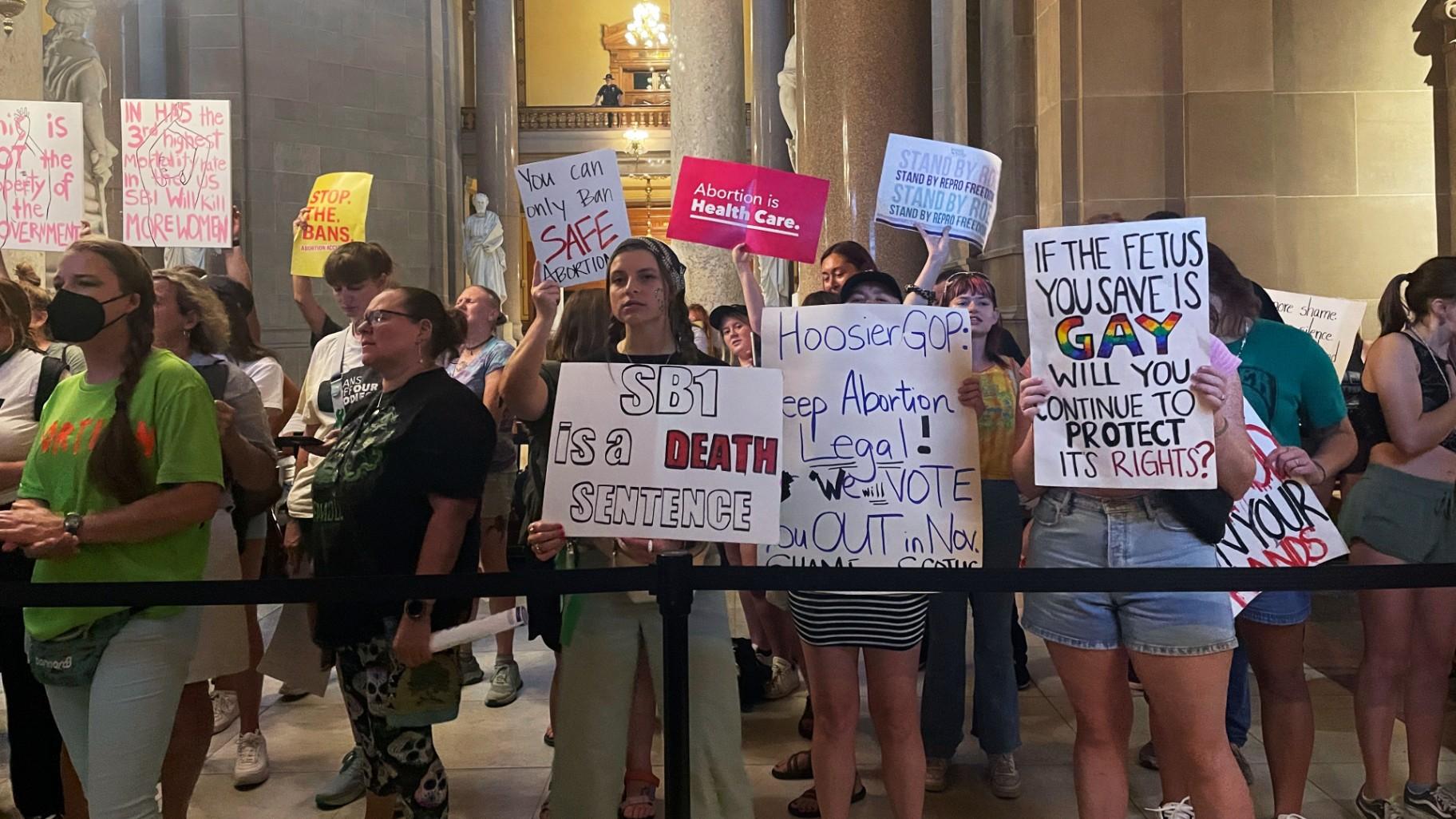 INDIANAPOLIS (AP) — An Indiana judge on Thursday blocked the state’s abortion ban from being enforced, putting the new law on hold as abortion clinic operators argue that it violates the state constitution.

Owen County Judge Kelsey Hanlon issued a preliminary injunction against the ban that took effect one week ago. The injunction was sought by abortion clinic operators who argued in a lawsuit that the state constitution protects access to the medical procedure.

The ban was approved by the state’s Republican-dominated Legislature on Aug. 5 and signed by GOP Gov. Eric Holcomb. That made Indiana the first state to enact tighter abortion restrictions since the U.S. Supreme Court eliminated federal abortion protections by overturning Roe v. Wade in June.

The judge wrote “there is reasonable likelihood that this significant restriction of personal autonomy offends the liberty guarantees of the Indiana Constitution” and that the clinics will prevail in the lawsuit. The order prevents the state from enforcing the ban pending a trial on the merits of the lawsuit.

Republican state Attorney General Todd Rokita said in a statement: “We plan to appeal and continue to make the case for life in Indiana.”

Indiana’s ban followed the political firestorm over a 10-year-old rape victim who traveled to the state from neighboring Ohio to end her pregnancy. The case gained wide attention when an Indianapolis doctor said the child came to Indiana because of Ohio’s “fetal heartbeat” ban.

An Ohio judge has temporarily blocked that state law, indicating he will allow abortions to continue up to 20 weeks’ gestation until after a court hearing scheduled for Oct. 7.

With Indiana now on hold, bans on abortion at any point in pregnancy are in place in 12 Republican-led states. In another state, Wisconsin, clinics have stopped providing abortions amid litigation over whether an 1849 ban is in effect. Georgia bans abortions once fetal cardiac activity can be detected and Florida and Utah have bans that kick in after 15 and 18 weeks gestation, respectively.

The Indiana ban, which includes limited exceptions, replaced state laws that generally prohibited abortions after the 20th week of pregnancy and tightly restricted them after the 13th week.

The American Civil Liberties Union of Indiana, which is representing the abortion clinics, filed the lawsuit Aug. 31 and argued the ban would “prohibit the overwhelming majority of abortions in Indiana and, as such, will have a devastating and irreparable impact on the plaintiffs and, more importantly, their patients and clients.”

Ken Falk, the ACLU of Indiana’s legal director, pointed to the state constitution’s declaration of rights including “life, liberty and the pursuit of happiness” in arguing before the judge on Monday that it included a right to privacy and to make decisions on whether to have children.

The state attorney general’s office said the court should uphold the ban, calling arguments against it based on a “novel, unwritten, historically unsupported right to abortion” in the state constitution.

“The constitutional text nowhere mentions abortion, and Indiana has prohibited or heavily regulated abortion by statute since 1835 — before, during, and after the time when the 1851 Indiana Constitution was drafted, debated, and ratified,” the office said in a court filing.

The question of whether the Indiana Constitution protects abortion rights is undecided.

Hanlon, a Republican who was first elected in 2014 as a judge in the rural southern Indiana county, wrote that Indiana’s constitution “is more explicit in its affirmation of individual rights and its limitation of legislative power to intrude into personal affairs” than the U.S. Constitution.

“There is a reasonable likelihood that decisions about family planning, including decisions about whether to carry pregnancy to term,” are protected by the state constitution, Hanlon wrote.

Planned Parenthood and other abortion clinic operators involved in the lawsuit said in a statement that they were “grateful that the court granted much needed relief for patients, clients, and providers but this fight is far from over.”

“Indiana lawmakers have made it abundantly clear that this harm, this cruelty, is exactly the reality they had in mind when they passed (the abortion ban,)” the statement said.

The Indiana abortion ban includes exceptions allowing abortions in cases of rape and incest, before 10 weeks post-fertilization; to protect the life and physical health of the mother; and if a fetus is diagnosed with a lethal anomaly.