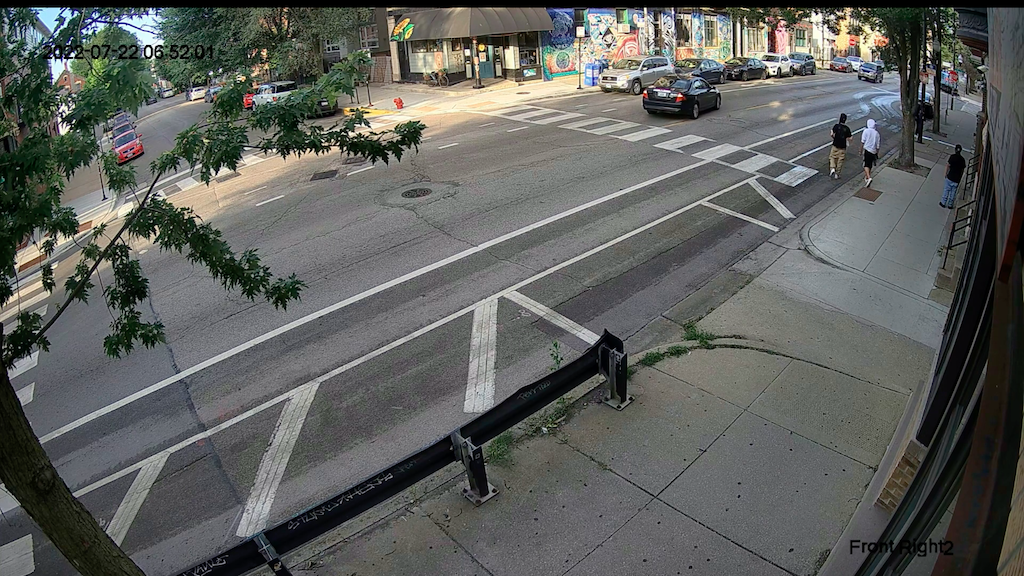 The civilian oversight agency tasked with investigating police misconduct published video Tuesday showing the July shooting in Pilsen that led to a Chicago police sergeant and an officer being arrested on felony charges last week.

“COPA’s commitment to transparency is a core value of the agency and is an expectation of the public,” the office said in a statement Tuesday, one day after a Cook County judge refused to block the videos’ release. “With the Judge’s ruling not prohibiting release, the materials posted to our website are consistent with past practices and in accordance with the City’s Video release Policy.”

According to COPA, Liakopoulos and Reynoso were driving to the CPD’s Training Academy when they saw individuals standing outside a closed business just before 7 a.m.

In one video, taken from a business surveillance camera, a black vehicle can be seen driving past the intersection of 18th and Morgan streets just after 6:50 a.m. as a group of people stand across the street on the sidewalk.

That vehicle then reverses back toward the group, and two people, a 17-year-old boy and a 23-year-old man, walk into the street toward the vehicle. No audio is available on the video, but after the 23-year-old raises his arm, he collapses to the ground while the teen runs away.

Two men — who prosecutors say were Liakopoulos and Reynoso — then exit the vehicle and fire shots at the teen, who allegedly returned fire.

GRAPHIC VIDEO: Surveillance footage released Tuesday shows the July 22, 2022 shooting that led to a pair of Chicago police officers being charged with aggravated battery and other felonies.

According to COPA, because these officers are assigned to the CPD's Major Accident Investigation Section, they were not equipped with either body-worn cameras or an in-car camera.

COPA also published other videos that do include audio of the shooting, but don’t actually show the altercation. In one of those videos, after numerous gunshots are heard, a man can be heard radioing dispatch to report a “10-1” — a call for emergency assistance — and stating that shots at been fired by police.

“We need medical!” a person can be heard shouting, though no people are visible on the video.

Another person can be heard screaming in agony.

GRAPHIC VIDEO: Surveillance footage released Tuesday contains audio from the July 22, 2022 shooting that led to a pair of Chicago police officers being charged with aggravated battery and other felonies.

Prosecutors last week said the 23-year-old was struck three times in his back and leg. He is recovering and is cooperating with authorities, according to Foxx. A 35-year-old man who was walking by the car also suffered a graze wound during the incident.

The two officers are charged with official misconduct because they “made representations to legal authorities ... that was directly contradicted by the videotaped evidence,” Foxx said.

Prosecutors have alleged the officers told investigators they did not shoot first.

Attorneys for Reynoso and Liakopoulos told the judge they opened fire after the 17-year-old pointed his gun at them, which they said could not be seen on surveillance footage.

Both Liakopoulos and Reynoso were relieved of their police powers last week.

In addition to the videos released Tuesday, COPA said it also has an additional, unreleased video that shows the teen “discharging a firearm in the direction of the officers after officers have discharged their weapons and he is fleeing the scene.”

However, COPA said it’s prohibited from publishing that video and other materials that involve teen in accordance with the Juvenile Court Act of 1987.