One of the state’s wealthiest towns, southwest suburban Burr Ridge is now housing about a dozen, mostly Venezuelan, migrants at a local hotel.

As of Thursday, 64 individuals are staying at a Hampton Inn. The group is made up of mostly families who were bused by the state to the nearby hotel after arriving from Texas last week.

Burr Ridge Mayor Gary Grasso has criticized Chicago and Illinois officials for not informing the village of the migrants’ arrival ahead of time, and said that at this point, his office is actively working with businesses and the school district to assist the families staying at the hotel.

According to Grasso, Chicago Mayor Lori Lightfoot has since reached out to him, but still no word from Gov. J.B. Pritzker.

“I was upset with both of them that they didn’t afford us the same courtesy,” Grasso said. “I have not heard from the governor, but I heard from Lori Lightfoot during the Bears game on Sunday … it turned out to be a very professional conversation. She also followed up on Tuesday and wanted to know if there’s anything else she can do.”

“Things are fine. They’re searching for freedom. They want a better life. All of us are products of immigrants and here in Burr Ridge we call it a special place in large part because we are a very diverse community,” Grasso said.

The Illinois Department of Human Services said since late August they have been scrambling to find housing for more than 500 migrants.

“Finding a block of rooms for 100 people usually takes over a year and as the governor said, sometimes we have three hours, sometimes we have 12 hours,” said Grace Hou, DHS secretary. “So in addition to plain availability, we want to assure that those regions also have access to support services and we also returned to hotels that have previously welcomed Afghan refugees earlier this year.”

Burr Ridge was one of those communities who provided temporary housing for Afghan refugees.

The village of Burr Ridge was once named Harvester. It currently has a population of 11,000 people and is described as a small residential community.

It’s a majority White neighborhood with a 14% Asian American population and about 4% Latino.

Bob Irmen, a local resident, said the area has rapidly changed over the years.

“When I grew up there were a lot more corn fields, cow pastures, horse farms,” Irmen said. “When the population grew rapidly in the ‘90s, the retail business movement was established. When I was a kid you couldn’t buy a pack of gum in Burr Ridge; it was a very rural setting.”

Irmen is a volunteer at a pantry operated by the HCS Family Services.

The organization has been around for decades offering a variety of aid.

The executive director said the organization opened a second pantry out of a local school in 2018.

The food bank borders Burr Ridge in Willowbrook, also serving families in the Burr Ridge community. Since the pandemic they went from helping 50 families to more than 100 families weekly.

“Hunger also isn’t defined by wealth because unexpected life happens to everyone,” said Wendy Michalski of HCS Family Services. “We have a woman who came to the pantry two weeks ago, just got divorced, moved into an apartment and didn’t have a piece of food in her cabinet and just was so thankful for the services that we provide here.”

The HCS pantry has also partnered with churches like the Burr Ridge Community Church. The congregation has been around since 1967.

President Hannah Sundwall said the church has served as a staple of the tight-knit community and during the height of the pandemic they had to get virtually creative.

“[We’ve] been really creating the space for people to go online and share their thoughts and feelings and that kind of momentum going for the organization,” Sundwall said.

She started at the congregation during the pandemic and said there’s one emotion people continue to battle with.

“Loneliness has become like a second pandemic,” Reese said. “There’s people who are lonely and looking for a community. They’re looking for a place to be honest about everything they’re experiencing whether it’s grief, pain, the loss of a loved one and more, so we really want to be a place that says, ‘You’re welcome here.’”

Reese added that they’ll be coming together to see how they can help the recently arrived migrant families who are seeking new opportunities in the community.

Meanwhile, another staple in the community is Harvester Park where many families gather on a typical summer evening.

Barbara Dohrman, president of the Burr Ridge Community Park Foundation, said that they do whatever they can to support the local park district and special projects on the ground.

“Everybody comes here,” Dohrman said in reference to Harvester Park. “The park and its facilities are open not only to its residents, but to everyone in the area. Our park district is actually bigger than the village of Burr Ridge … [the] Route 66 playground is our newest one. We are so delighted with Jim Pacanowski, our park district’s director, who creates these wonderful and very exciting facilities ... He has tried very hard to depict the history of Burr Ridge in the play areas.” 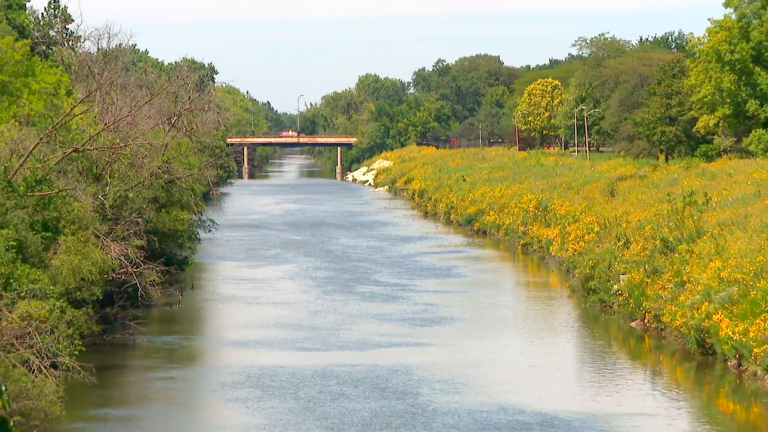