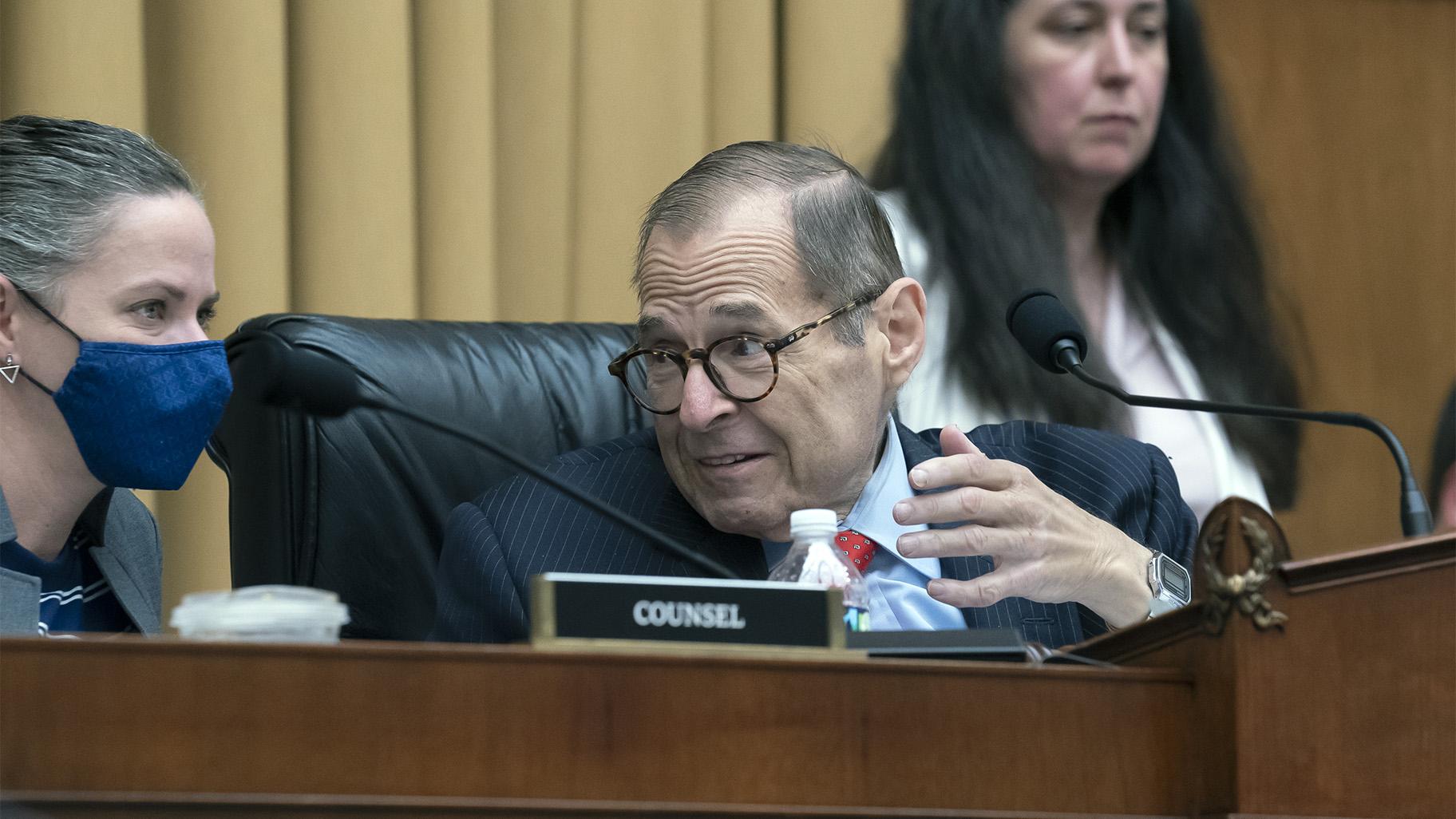 WASHINGTON (AP) — House Democrats pushed ahead Wednesday with legislation that would ban certain semi-automatic weapons as they considered their most far-reaching response yet to this summer’s spate of mass shootings.

Democrats hope that the 100-page bill moving through the Judiciary Committee will pass the House before the August break. But that is far from assured, with moderates in the party, especially those hailing from politically divided swing districts, wary of a vote on sweeping gun controls ahead of the November midterm elections — especially when the bill has little chance of becoming law due to opposition in the Senate.

The renewed push for a ban on certain semi-automatic weapons comes nearly two decades after Congress allowed similar restrictions to lapse. The original ban passed in 1994, led by then-Sen. Joe Biden, and banned certain semi-automatic weapons and large-capacity magazines, though it exempted an estimated 1.5 million of those weapons and 25 million that were already owned by Americans.

In the nearly three decades since, mass shootings have become chillingly commonplace in the United States, with semi-automatic weapons often used in attacks on schools, workplaces, public spaces, stores, churches and other places where people gather.

“An assault weapon’s only purpose is to kill people efficiently,” said Rep. Jerrold Nadler, D-NY., the Judiciary chairman, said Wednesday as the committee took up the measures. “It is time to protect our communities and to ban them once more.”

Republicans on the committee objected to the proposal, calling it an attack on Second Amendment rights.

“Democrats know this legislation will not reduce violent crime or reduce the likelihood of mass shootings, but they are obsessed with attacking law-abiding Americans’ Second Amendment liberties,” said Rep. Jim Jordan, the top Republican on the committee. “For over 30 years, the Democrats have been running a propaganda campaign to make people believe that ‘assault weapons’ are a specific class of firearms that no one needs.”

The committee listened to haunting audio of the 2018 shooting at Marjory Stoneman Douglas High School in Parkland, Fla., during which 17 people were killed and 17 more wounded. Dozens of rapid-fire shots could be heard in the course of just 1 minute and 18 seconds along with the distressed screams of those trying to escape.

“There are more guns than people in this country, more mass shootings than days in the year. This is a uniquely American problem, and assault weapons only magnify the epidemic,” the bill’s sponsor, Rep. David Cicilline, D-R.I., said as the audio concluded.

The hearing Wednesday also comes in the wake of a July 4 mass shooting at a parade in Highland, Illinois and back-to-back mass shootings in Buffalo, New York and Uvalde, Texas.

The carnage in south Texas killed 19 school-age children, some of whose bodies were unidentifiable to their parents. Facing pressure to act, Congress last month passed the most significant gun violence measure in decades. It included background checks for gun buyers 18 to 21 years old as well as allocating state funding to enact local “red flag” laws.

But the bill fell far short of the steps Biden and Democrats say are needed to curb the nation’s epidemic of gun violence. Many say the killing won’t stop until more stringent controls on guns are enacted.

“We’re paying for these weapons of war on our streets with the blood of our children sitting in our schools,” said Rep. Lucy McBath, D-Ga., whose 17-year-old son was shot and killed at a gas station in 2012.

Cicilline said that the protection of the Second Amendment is not without limits. He said the Democratic proposal is focused on assault-style rifles, which are not what the majority of guns law-abiding Americans buy and own.

“Dangerous military weapons that were created to fight on the battlefield and slaughter enemies do not belong in the neighborhoods and schools and movie theaters where we live,” he added.

Democrats can afford to lose only four Democrats if Republicans are united in opposition. Rep. Jared Golden, D-Maine, who represents a red-leaning district, said he would not vote for a ban on semi-automatics.

“I don’t support any version of that,” Golden said.